Netflix’s Holocaust revenge drama changes the facts – is nationalism to blame, or just an actor’s mistake? 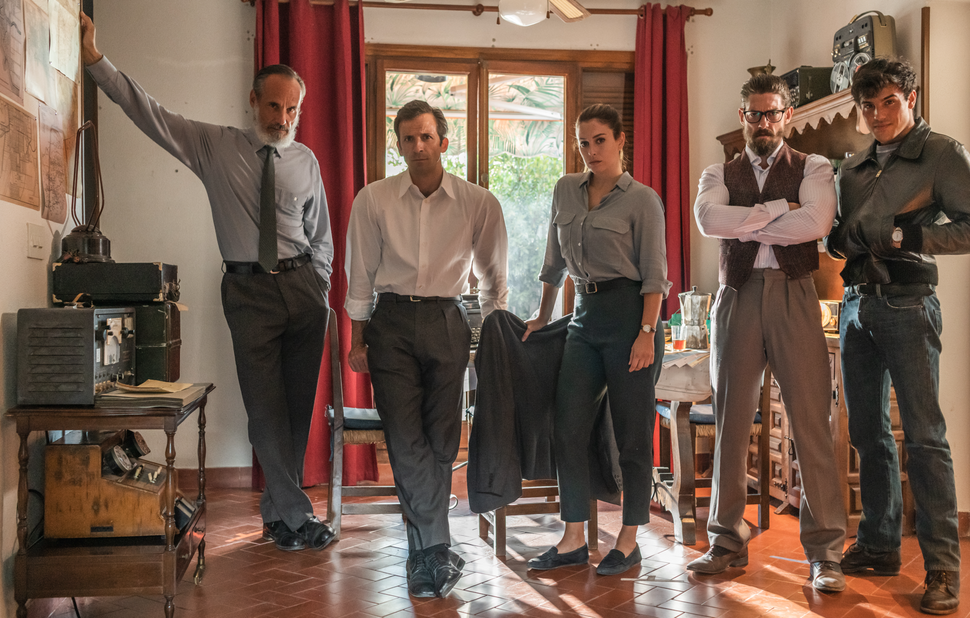 As villains go, you can’t do much better than the one at the center of Netflix’s latest, a man called “Doctor Death.”

In “Jaguar,” a crew of Spanish Holocaust survivors in 1960s Madrid hunt down Aribert Heim, a real-life Nazi physician who escaped justice for nearly half a century.

“He was a doctor at Mauthausen,” the character Marsé, an ex-priest wheelman, who I suppose was the one Spanish cleric at Dachau, says of Heim. “While he was there he tortured more than 300 Spaniards. He gave them injections of water, phenol and petroleum in the heart to see how long before they died. He operated and removed organs, without anesthesia of course. Just to see how much pain his victims could endure.”

There’s only one problem here. Heim is believed to have killed around 300 people total. The majority of his victims were not Spanish Republicans — though certainly some were — but included other populations in the camp, notably Poles and Jews. (Heim had a particular hatred for the last category, and maintained his virulence throughout his life.)

Reached for comment about this error in the series, one which also appears in the English subtitles and dub, series co-creator Ramón Campos said that it was a mistake on the part of the actor playing Marsé, Francesc Garrido.

“The actor changed the dialogue and nobody noticed until it was too late,” Campos wrote in an email. “He should have said 300 people, not 300 Spanish.”

Marsé’s descriptions of Heim’s sadistic surgeries are accurate to survivor testimony. So is his account of a vivisection of two young men whose skulls he later boiled and kept; left unsaid is the fact that those two men were not Spanish, as is implied, but Dutch Jews.

Campos did not respond to a question about when in production the line change was noticed, but said that tweaking the dialogue after the fact was “not possible for technical reasons.” Asked to specify what those reasons were, he wrote, “Excuse me but those are internal issues of the production company.”

This mistake is unfortunate, as there is a sort of noble raison d’etre to Campos’ stylized, sometimes sensitive, series. Its mission is expressed most clearly by the character of Lucena, a survivor of Auschwitz. Seated before the figures in the firing squad of Goya’s “El Tres de Mayo” at the Museo del Prado, Lucena laments to his handler the obscurity of the Spanish dead.

“‘What they did to the Spaniards in Germany musn’t be forgotten,” Lucena said. “Nobody knows about the thousands of Spaniards who died there nor about whose fault it was.”

It’s a point well made. The deaths of 4,427 Spanish Republicans in Mauthausen are overlooked — and even suppressed — history. The names of the dead were only made public by the Spanish government in 2019. The reason for what scholar Robert Wheatley called a “cover-up” by Franco’s regime was simple. The government was complicit in offering safe harbor or passage through Spain to Nazi war criminals who murdered Franco’s opposition. These hidden Nazis, also aided by the Vatican, included Heim, who was for decades the most-wanted Nazi in the world; the search in Germany only ended in 2012, when a court determined he died in 1992 in Cairo, Egypt.

But changing the demographics of the majority of Heim’s victims — even because of an ad lib or a flubbed line — gives primacy to Spanish victims when their real suffering needs little embellishment. (It goes without saying that any misrepresentation of fact surrounding the Shoah is always catnip for deniers.)

Dr. Andreas Kranebitter, the former head of the Mauthausen Memorial’s Research Center, who hasn’t seen the show, but responded to information from the four episodes provided to me, said that rendering Heim’s victims as only Spanish could be a symptom of the “nationalization of remembrance” with regard to Mauthausen.

That nationalization dates back to 1947, when the Soviets gave the camp to Austria with the condition that they erect a monument for the dead. The victims were categorized by nation — Jews and “antisocial prisoners” were not a category at all. The trend of nations claiming their particular victimhood or emphasizing their history of resistance is ongoing, Kranebitter said, and can be seen strongly today in countries like Poland.

“The discourses of remembrance are getting much more aggressive, much more nationalized; this may be part of the explanation,” Kranebitter, who doubted Campos’ own explanation, said. “This is really a very interesting story of replacing people with a national category of prisoners.”

This is disappointing because “Jaguar” had potential, setting itself apart from the sensationalized — and fictive — camp scenes of Amazon’s “Hunters” both by not inventing or gratuitously depicting atrocities and by presenting protagonists who, inspired by Nuremberg and the recent capture of Adolf Eichmann, are vying for more than just revenge.

Lucena, Marsé and their newest recruit, Isabel, whose father was murdered at Mauthausen, want a public trial of their tormentors. Who could blame them for wanting the world to bear witness? On a meta level, who would fault Campos and his collaborators for wanting to bring the same kind of exposure for a tragedy that goes largely unremarked.

But in presenting an account of victimhood, facts shouldn’t be fudged either by actor error or script — especially when they downplay the suffering of others.

Netflix’s Holocaust revenge drama changes the facts – is nationalism to blame, or just an actor’s mistake?