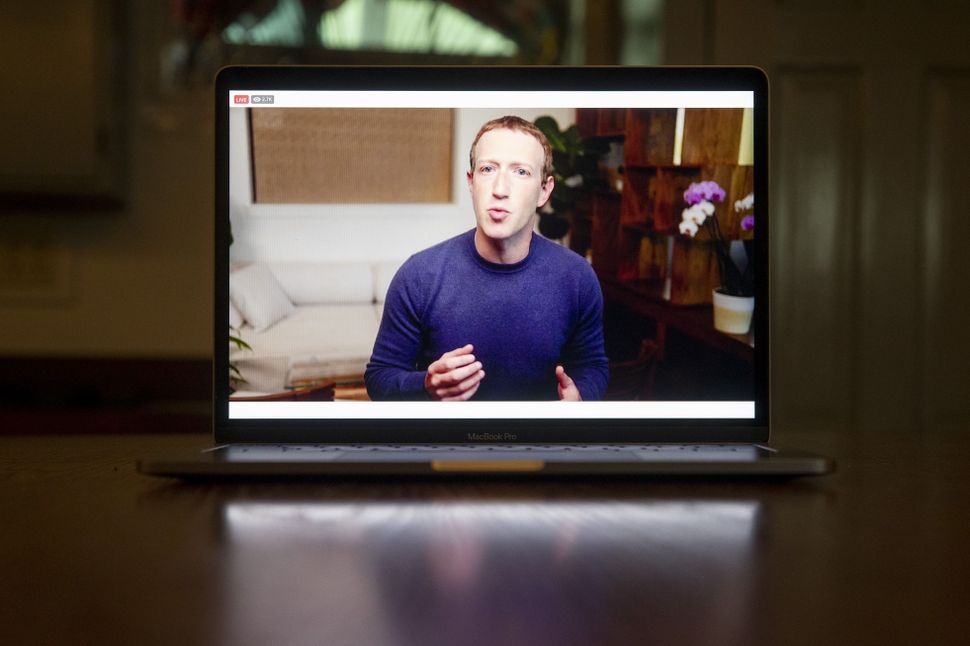 The social media giant Facebook, which has come to include former competitors WhatsApp and Instagram, is planning to change its corporate name to better reflect the wide variety of its offerings, The Verge reported Tuesday.

The move is meant to highlight Zuckerberg as the architect of a “metaverse” — whatever that means — or, at least as the builder of something more than a platform for Russian disinformation and Minion memes. The late-in-life name change echoes some of the greats of our culture stretching back to our founders, Abraham (né Abram), Sarah (née Sarai) and Israel (né Jacob). But, will Zuck — who has been getting more in touch with his Jewish roots recently — be following Jewish naming customs for this, his first publicly-traded baby?

With the new name scheduled to be unveiled Oct. 28 at the company’s annual Connect conference, we’ve made some guesses at what the new name and Nasdaq code may be. In keeping with tradition, each takes the first letter from the name of a departed forebear. 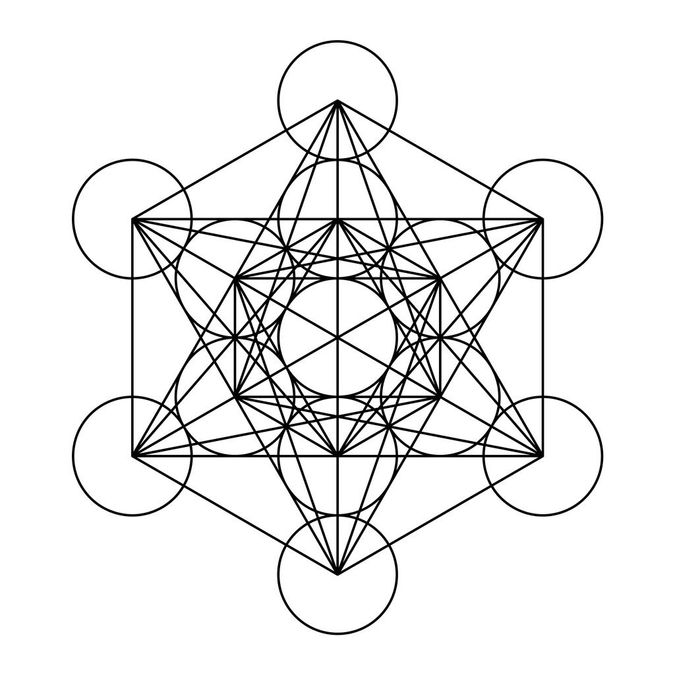 Myspace is still around — and lately its founder Tim Vanderhook has been memeified as an example of an unproblematic social network CEO as Zuckerberg and co. continue to be plagued by scandal. Still, with its clout down considerably, it’s quite possible that Zuckerberg will honor his most popular predecessor by borrowing that M. Really, though, he’ll be honoring himself. (Expect potential litigation from the video messaging app Marco Polo as a result of this move.)

Anyone who has spent time in San Francisco’s Mission District tattoo parlor, where every highbrow tech bro gets their minimalist ink, will recognize the Metatron’s cube, a piece of kabbalistic sacred geometry. Metatron, an angel thought to be Enoch after he was “taken,” body and soul, by God in Genesis, is also the Lord’s right hand man, so it seems fitting for Zuck’s all-powerful impact on our world. Besides, Metatron, metaverse — it just works.

Friendzone or “The Zone” (Friendster)

Honoring the resistible rise of Friendster, Zuckerberg may aim to make his scary tech monopoly approachable with a name that reflects its roots. One can imagine him saying “even as we grow (read: expand to scary spaces like VR and AR glasses) everything we do as a company is really about one thing — friendship.” Sadly, this move will backfire, as the name invites incels who believe they have been “friendzoned.”

Amit, a popular name in Israel, means “friend” in Hebrew, but more in a vague colleague or acquaintance way as opposed to stronger terms such as “chaver.” Just like its English counterpart, Amit will convey that The Zone is a place to awkwardly chat while wishing you could escape.

No one knows what Zuckerberg really means by the metaverse, but it definitely sounds like he’s hoping for all of life to move online where he can control even more of it, at least once the company launches its VR offerings. While the true inheritor of Vine’s short video legacy is clearly TikTok, the Zuck would never accept defeat. By memorializing Vine in his company name, he would also be subtly declaring war against his biggest competitor in the realm of social media now that he has already engulfed Instagram and Snapchat.

Adam was the first human, and the Zuck is trying to remake the world, so it seems fitting to gesture at this at the new company’s bris. Plus, though plenty of movies and TV shows paint a virtual world as a dystopia, Zuckerberg probably thinks he can create a new Eden. We have our doubts given the hate speech and disinformation so common on Facebook, but Adam was eventually kicked out of the garden after all, so it’s still fitting. 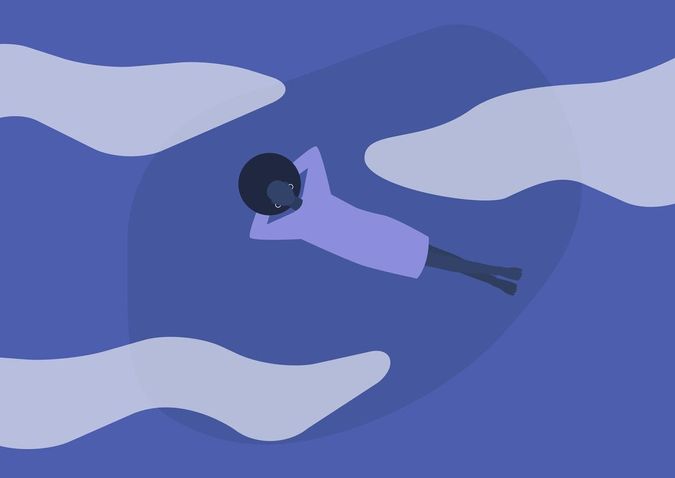 Floating off to the Land of Nod, for better or worse.

People often talk about nodding off or going to the Land of Nod when they speak of dozing off. It makes it sound like Nod is a magical dreamscape, full of creativity and potential. But in Genesis, Nod is where Cain went after he murdered his brother Abel, traditionally thought to be a place outside of God’s supervision where Cain continued his violence and wickedness. In short, it’s closer to a nightmare.

Yuval is a descendent of Cain and sometimes thought to be the inventor of music, giving a nice nod to Napster’s heyday of music sharing. But his wicked ancestry nods (sorry) to the copyright disputes that Napster generated. An ambiguous legacy — but very popular name — much like the landscape of social media wrought by Facebook. 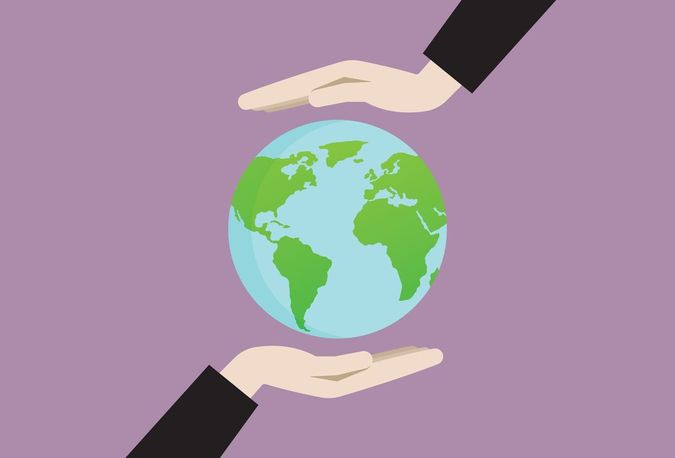 Facebook was originally a big guide to the faces of Harvard’s campus. Atlases are big books that are guides to the countries of the world; it seems like a natural transition. Plus, it seems like Mark Zuckerberg and the Facebook empire are set on world domination, so the name announces their intentions while a real atlas would help them plan their global conquest.

Giving the tacit go-ahead for Zuckerberg’s ambitions is “Atlas Shrugged” author Ayn Rand, whose name — a pen name for Alisa Zinovyevna Rosenbaum and later Alice O’Connor — is sometimes said to be derived from the Hebrew letter “Ayin.” Rand’s objectivism would put the CEO’s self-interest first and urge regulators to make way for his arch capitalism. Ayin, which means eye, is also a fittingly creepy way to signal Facebook’s likely contribution to the surveillance state.

Symbolizing his efforts toward global connection and the Silicon Valley tendency for nonsensical portmanteaus, Geopolis will invite all users of its products to become global citizens in this great city we metropolis we call planet Earth (or something). Remember when Google+ was a thing?

Zuckerberg probably celebrated when the behemoth of Google failed its attempt to enter his social sphere, and he probably wishes he could encroach on their territory more. Yael, who famously seduced and beheaded an enemy general in the Book of Judges, captures that thinly-veiled aggression.

While Sean Parker (or Justin Timberlake) famously advised losing the “the” in Facebook’s original name (“it’s cleaner,”) Zuckerberg is clearly striving for something definitive. The Face Matrix is it, connoting his move to an expansive network while gesturing at a fixture of cyberpunk. Naturally, with his hubris growing as a master of the metaverse, Zuckerberg may wish to pay a tribute to where his empire began: at Harvard with a sexist website that rated the looks of female students. He’ll obviously keep the FaceMash namesake quiet, all the while thinking “Look upon my works ye mighty, and despair.”

Nimrod, a mighty hunter before the Lord, also rebelled against Him, with post-biblical texts stating he built the Tower of Babel. The act of defiance caused God to divide the people of the earth by language, thwarting their collective project. With all the Face products driving a rift between users, prompting disarray and miscommunication from one man’s narcissistic drive to become a tech Godhead, the name is only fitting.