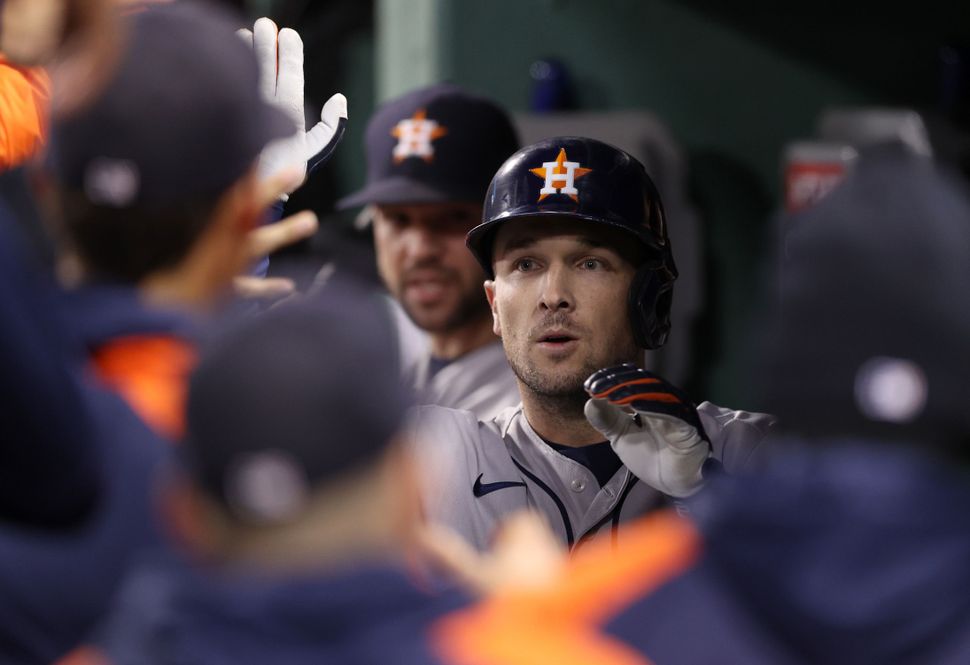 If you are not from Beantown or Bayou City, you might be unaware of the climax to a remarkable drama that occurred when the Houston Astros defeated the Boston Red Sox in a marathon contest to win the American League Championship Series. After an initial Houston victory, Boston erupted with two wins that included not one, but two grand slams in a single inning. Like an aftershock, another grand slam was belched by the Sox in the third game.

But the seismic plates were not done shifting. In the hostile confines of Fenway Park, the Astros went orbital in games four and five. Not only did they clobber the Sox pitchers for 18 runs in the two games, but also clamped down on Boston’s murderer’s row, allowing just three runs. Not only had the momentum shifted to the Astros, but so too had the home field advantage.

On Monday night, the Astros rode that momentum to a 5-0 victory. Their pitchers were as punctilious, their batters as boisterous as in their previous victories. Adding to the team’s deluge of homers, Kyle Tucker hit a three-run blast in the 8th inning, increasing the team’s margin. In the last inning, with the Red Sox still flailing and failing to figure out the Astro pitchers, those additional runs turned out to be pointless.

Is it possible, though, that all the runs were ultimately pointless? That the sound and fury rising from the stadiums, roaring in the taverns and ice houses, and rumbling across the media signified nothing? In short, that this series was less an epic than an existential event?

No player is better suited to offer an answer than Alex Bregman, the All-Star third baseman, who before becoming a member of the Astros, had been a member of Congregation Albert in Albuquerque, New Mexico. Though Bregman went on to major in sports administration at LSU, he often sounds as if he majored in philosophy. With an emphasis, it seems, in existentialism.

C’est fou, but the folks robed in Astro jerseys and redolent of barbecue smoke share a number of insights with les philosophes once wrapped in trench coats and wreathed in Gauloise smoke.

“To play meaningful games,” Bregman once remarked, “that’s what it’s all about.” This seems simple enough. Until, that is, you realize as did Nietzsche — the grandfather of existentialism — that the Great Umpire is dead. We have killed the Ump, Nietzsche declares, by replacing him with reason and science. (The MLB risks killing umps by replacing them with the science of automated ball-strike technology. Who needs the Big Man when you have Trackman?) 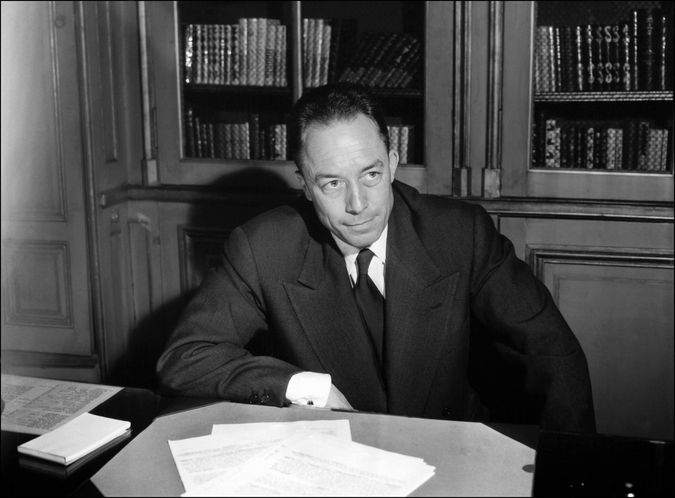 Author of ‘The Plague’: A former goalie on his university’s team, Albert Camus remarked “the little I know about morality I learned on the soccer field.” By Getty Images

How can life be meaningful in such an absurd world? What are we to do when, from one day to the next, the traditions and truths by which we lived our lives evaporate? When everything we thought solid melts into thin air? Just as the existentialist thinker Albert Camus turned to le football — aka, soccer — for an answer, we could turn to le baseball. A former goalie on his university’s team, Camus remarked “the little I know about morality I learned on the soccer field.”

So, too, for Bregman. The cheating scandal of 2017-2018, when the Astros stole the signs of opposing teams, taught him a harsh existential truth: not only are we condemned to be free, but we are also responsible for the choices we freely make. Only by exercising this freedom can we live a meaningful life, but also live a life inevitably marked by mistakes.

It took Bregman a while to choose to admit he had made the wrong choice. This is not surprising: after all, freedom is also a bottomless source of existential angst. But as the existentialists insisted, the burden of freedom is liberating. This is what Jean-Paul Sartre meant by his paradoxical claim that never were the French so free than under the German Occupation. Or, as our Gold Glove finalist puts it, “having pressure is a privilege.”

The existential lessons Bregman has gleaned from baseball, however, do not stop there. On the one hand, life is littered with moments when you find yourself are alone as Bregman standing in the batter’s box watching a ball blaze towards him at 100 mph. It is, mostly metaphorically, a moment of life or death.

For Dr. Rieux, the narrator in Camus’s novel “The Plague,” such solitude is, quite literally, also a moment of life and death. Though unable to cure his dying patients, he nevertheless persists. As he tells his friend Tarrou, “I defend them as best as I can, that’s all.” The thing to do, Rieux understands, “was to do your job as it should be done.” For Bregman, it is no different: “The only thing I have control over is working hard and going about my business the right way.”

On the other hand, both the doctor and batter ultimately discover that, whether facing the plague bacillus or pleated ball, their efforts are meaningful only when made with fellow men. To a priest who has joined him to fight the plague, the atheist Rieux declares that only one thing matters: “We’re working side by side for something good that unites us.” Learning Spanish to be closer to the team’s many Hispanic players, Bregman echoes Rieux when he explains that “being a good teammate is part of life.”

But one must also be a good person. At his bar mitzvah, the 13-year-old Bregman announced that we “all need to realize that there are people out there who may be suffering and we all need to try to do our part to relieve that suffering when we can.” Even a ballplayer can do something about this. Several years later, upon learning that a fan was dying of stage 4 cancer, Bregman drove to his house and spent an hour by his bedside. Perhaps Rieux, who spends his life by the side of the dying—a sight, he confesses, he has “never managed to get use to”—would approve.

Finally, both men share the same existential and skeptical view of victory. When Tarrou tells Rieux that his dedication to cure the dying means a life of never-ending defeat, he can only nod in agreement. There is no reason for hope, Camus insisted, but that was no reason for despair. For Astro fans preparing for tonight’s game, they might want to remember what Bregman never forgets. “This game is so great,” he observed, “because it’s a game of failure.” Rieux could not have said it better.

Rieux also has the last word in “The Plague” — a word difficult to keep in mind last night at Minute Maid Stadium. How could one? In the stands, fans roared; on the field, players embraced; in the streets, strangers high-fived. The cheating scandal seemed consigned once and for all to the past; the rapture of this victory seemed to stretch into the future.

And yet, how similar to Rieux’s experience as he walked the streets of his city which, with the retreat of the plague, explodes in celebration. “As he listened to the cries of joy rising from the town, Rieux remembered that such joy is always imperiled. He knew what these jubilant crowds did not know but could have learned from books: that the plague bacillus never dies or disappears for good.”