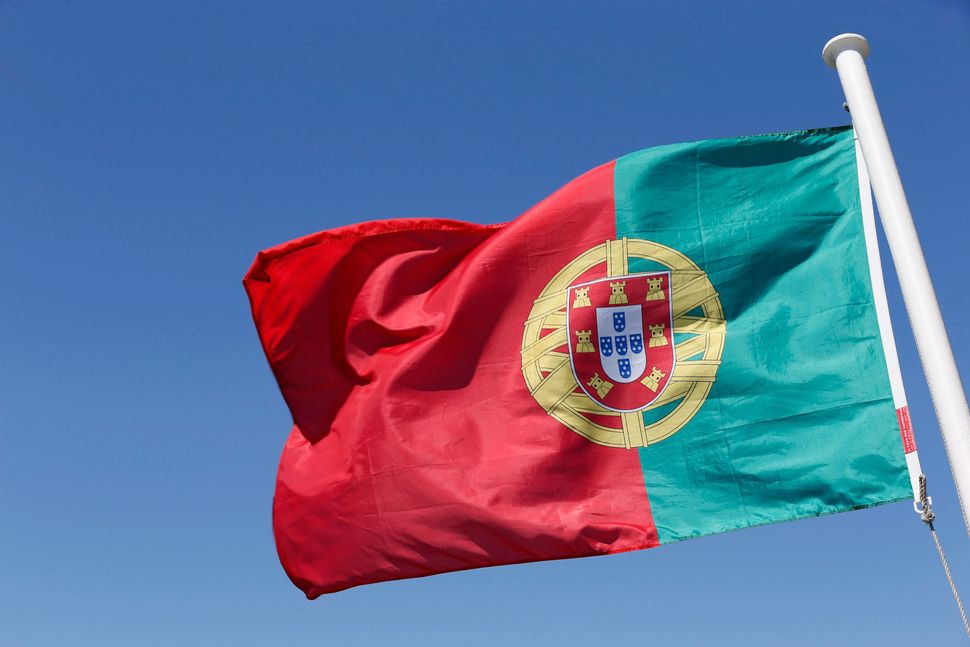 The Portuguese flag waves on August 28, 2014 in Lisbon, Portugal. By Getty Images

For a good part of their history, Jews were a stateless people, repeatedly finding themselves fleeing or expelled from countries even long after they had put down roots.

Now, some of those nations are offering citizenship to Jews, regardless of their present nationality, to make amends for centuries of persecution. Portugal is among these nations. It joins Germany, which in June broadened the scope of an earlier law allowing repatriation to the descendants of those who fled Nazi persecution. 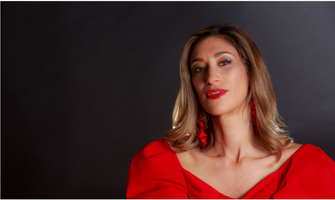 Dual Citizen: A singer-songwriter, author and educator whose work is steeped in Sephardic culture and the Ladino language, Sarah Aroeste is one of a growing number of American Jews, particularly those with Sephardic heritage, reconnecting to her roots through Portugal’s “Law of Return.” By Sarah Kenyon - Studio Route 7

Sarah Aroeste is one of those taking Portugal up on the offer. A singer-songwriter, author and educator whose work is steeped in Sephardic culture and the Ladino language, she is one of a growing number of American Jews, particularly those with Sephardic heritage, reconnecting to her roots through Portugal’s “Law of Return,” which launched in 2015 to offer a path to Portuguese citizenship.

“I did not have to go very far back in my family tree — just three or four generations — to show my Sephardic ancestry,” Aroeste said.

This law was created to extend the option of repatriation for the tens of thousands of Portuguese and Spanish Jews who the Catholic monarchy kicked out, threatened with death, or forced to convert to Christianity in the late 1400s.

Sephardic Jews originally lived in the Iberian Peninsula, which covers Spain and Portugal, all the way back to the Roman Empire. Jews from this area were called Sephardim, which derives from “Sepharad,” the Hebrew word for Spain.

In 1492, Ferdinand II, King of Aragon, and Isabella, Queen of Castile, gave the Jews in Spain four months to either convert to Christianity, or be exiled via the Alhambra Decree. Those who refused were often tortured and burned at the stake. King Manuel I of Portugal said he’d provide safety for the Jews, but in 1496 he joined Spain in expelling those who wouldn’t convert to Christianity. While some stayed and converted, the rest fled to different regions and countries including Morocco, Bosnia, the Ottoman Empire, Turkey, Iraq, Iran, Syria, Palestine and Greece.

The term Sephardim refers to Jews who originally lived in the Iberian Peninsula and were kicked out of Spain and Portugal; it is now used to describe not only the estimated number of 3.5 million worldwide, most of whom reside in Israel, France, the United States, Argentina, Spain, Brazil, Italy and Turkey, but refers to most non-Ashkenazi Jews.

Today, their descendants are even more widespread. According to Neil Sheff, an immigration attorney in Beverly Hills, California, whose work includes helping Sephardim apply for Portuguese citizenship, the main hubs in the United States for Sephardic communities are New York—Brooklyn, Queens, Long Island, etc.—Miami, Atlanta, Los Angeles and Seattle. Many also live in Chicago and Washington, D.C. 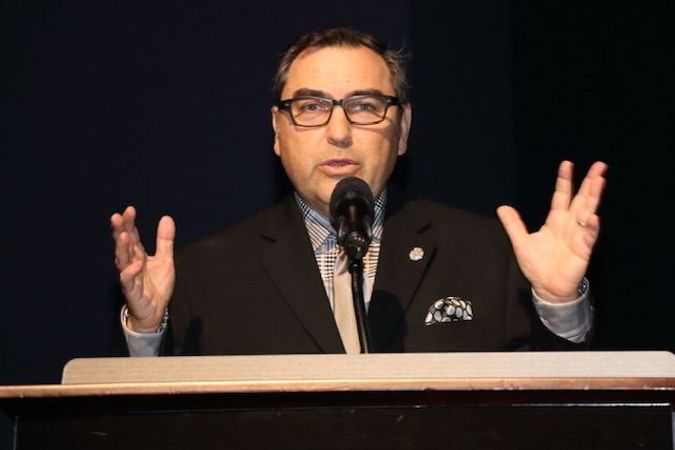 In the spirit of repatriation, Spain also began offering a path to citizenship in 2015, but its process required documentation of Sephardic lineage, a four-hour Spanish language test, travel to Spain, and several steps for documents to be approved. The Portuguese program is much simpler and less expensive, Sheff said. He added that since Spain’s citizenship program expired last year, he’s seen an uptick in applications to the Portuguese program. “It looks like close to 100,0000 applications have been made so far, and about 30 percent have been approved.”

Aroeste began the process in 2019. “I wish I could say it had something to do with the pull of my Sephardic DNA, but my reasons were much more pragmatic,” she said, citing her concerns about the U.S. political environment. That, plus “a general malaise and fear about the world, showed me the value of having a second passport.”

Sheff confirms that Aroeste’s motivation to apply for Portuguese citizenship has been a popular one — with an ironic twist. During Trump’s presidency and the racial reckonings of 2020, he saw an interesting pattern: People of both conservative and liberal political persuasions on the east and west coasts said they were concerned because “they didn’t know where the country was going and they needed an escape route,” he said. “It was kind of comical to me.”

Jeff Birkenstein of Olympia, Wash., who became a German citizen this week, had a more complex, and in some ways unresolved, reason for adopting the homeland of his grandparents, who fled after the Nuremberg Race Laws were imposed in 1935. 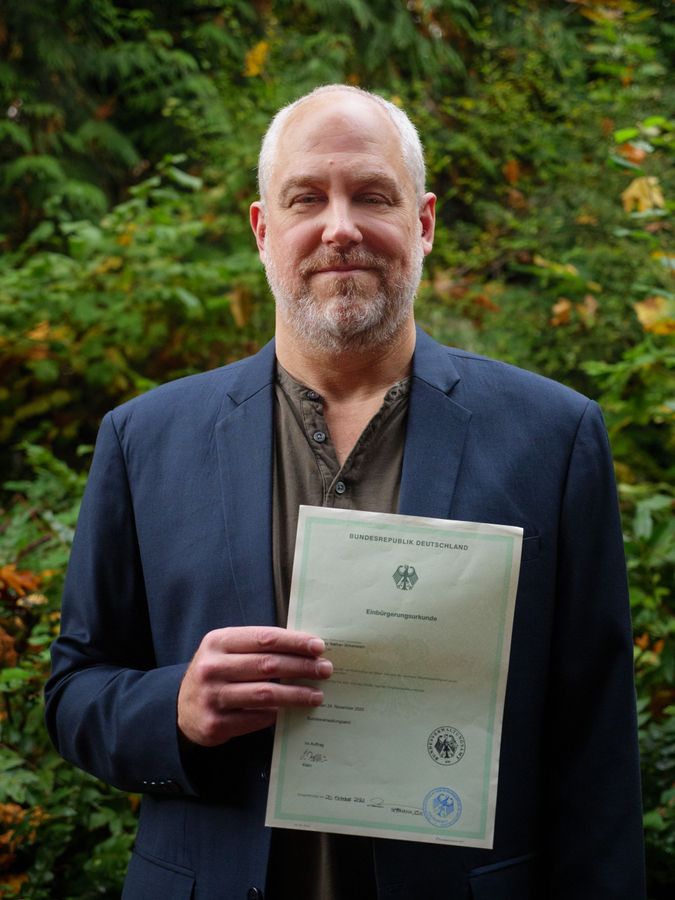 “I like to think that my grandparents would be appreciative of my efforts to respect their life journey,” said Jeff Birkenstein after receiving his naturalization papers. Courtesy of Jeff Birkenstein

“I like to think that my grandparents would be appreciative of my efforts to respect their life journey,” he said, adding, however: “I don’t know for sure how they would feel because it is so complicated. My grandmother loved Germany but my grandfather remained bitter and never spoke German again.”

“About three years in, they asked for more documentation. Earlier this year, I found out my application had been approved,” he said, adding that he flew to San Francisco for his naturalization this week. “The clerk said, ‘Congratulations! You are a naturalized citizen of Germany.’ And a man standing next to me applauded.”

While helping Sephardim apply for Portuguese citizenship isn’t the main thrust of Sheff’s immigration law practice, it is demanding more of his time, he said, citing “about one hundred cases on my desk right now.”

Sheff, whose deep connection to his Sephardic heritage includes serving as president of the Sephardic Educational Center, an international cultural and educational organization in Los Angeles, works to help others through the application process. He created a package for applicants, and his fluency in Ladino comes in handy as he assists them in writing personal statements to describe their Sephardic heritage.

“I know most of the family names and where they come from. Whether they’re Syrian Jews, Turkish Jews, or North African Jews, I help them compile the proof of their identities with the building blocks of an approvable case. That might mean reflecting on some of the foods that they’re familiar with, some heirlooms, old photos of grandparents — the building blocks of an approvable case. People remember some things but forget others and I’ll help to fill in the blanks,” Sheff said. The review process usually takes about six months, and up to two years for completion.

There are two Jewish communities that act as sort of the gatekeepers for the Portuguese citizenship program, Sheff said. One is Lisbon, which “entertains applications of people who may not be Jewish or Sephardic today, but whose genealogy shows some Sephardic connections to Portugal or Spain.”

The other is Porto, which he said is stricter. “They are super picky that an applicant must be halachically Jewish. They often check to see that the applicant is indeed Jewish, and the mother was Jewish, in addition to the Sephardic background. They’re stricter — they’ll ask for different connections to show that they were born Jews. You don’t need a genealogy report; you just need some family documents, heirlooms, old photos of grandparents,” said Sheff. “I have my grandfather’s U.S. naturalization certificate, my grandparents’ marriage license from Seattle in 1920, along with family postcards written in Ladino.”

Aroeste, who has completed the process, said that she loves having dual citizenship. “Although I didn’t start it off with the Sephardic connection as my incentive, now that I have it, it’s a source of pride for sure. I’m pleased that that feeling has washed over me.”

Many are attracted to the flexibility and advantages of Portuguese citizenship. Since Portugal is a member of the European Union, Portuguese citizenship grants an ease of movement all throughout Europe. Sheff said that some people are purchasing property as a Portuguese or Spanish citizen. And the passport provides ease of travel, such as for those born in Israel who want the option of traveling with a passport where they won’t be targeted for their nationality. Others are driven by nostalgia, to reconnect with their roots.

It’s interesting, Sheff said, that there has been an uptick in these applications not only in the United States, “but even in Israel where a majority are Sephardic, but mostly from North African and Middle Eastern countries.” Some, he said, have always longed to return to a place they remember as having beautiful courtyards, and wonderful music. “Whatever happened didn’t cause them to cancel their memories.”

Aroeste agrees. “For 20 years, my life’s work has been to bring Sephardic culture to the outside world through music, books, and workshops. Just carrying this [Portuguese citizenship] with me, there’s a certain legitimacy that I have this passport. I’m recognized as being part of this Iberian community. It gives me a little bit more credence in my spirit. That’s not to say that if you don’t have the passport that you’re not legitimately Sephardic,” she emphasized. “I know a lot of people who are applying right now.”

The power of this Portuguese citizenship is that it gives Sephardim a connection back to their roots. “There’s always that nostalgia — they used to say that the Jews left Spain with a key to their homes which they kept in hopes of someday returning,” Sheff said. “Even though they were exiled, and terrible things happened, there was always a continuing romantic feeling between those Jews and their once-upon-a-time homeland.”

To help others understand and manage the Portuguese citizenship application process, Sarah Aroeste has created a white paper and is offering a free online webinar this Sunday, October 24, 2021, at 5 pm EST / 2 pm PST. Registration is required here.

TaRessa Stovall is a Multiracial Black-Jewish journalist and author who writes about identity and culture.