Planter of forests, uprooter of a population — the tangled legacy of Israel’s Yosef Weitz 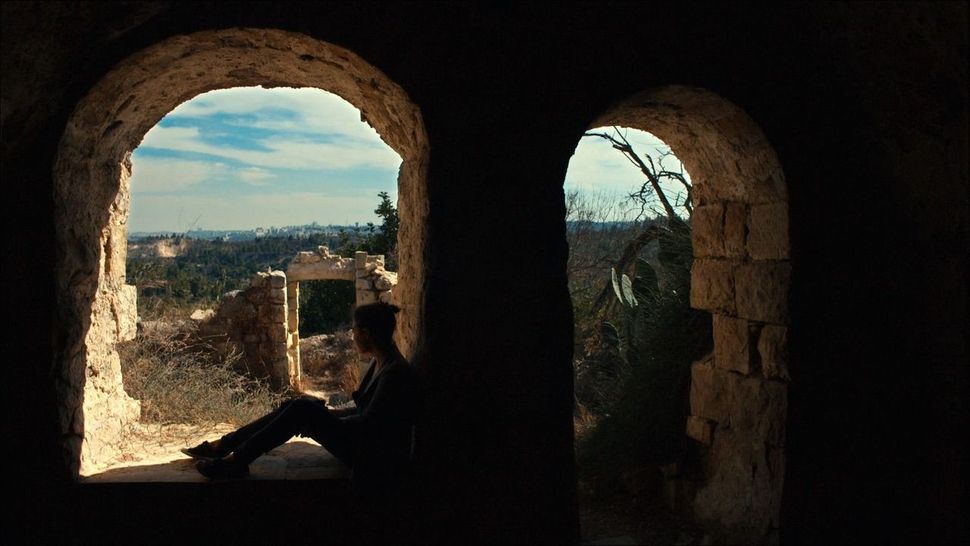 “Blue Box” is a documentary about an Israeli hero who planted the country’s trees but who is also, perhaps, a villain for uprooting three quarters of a million Arabs from their villages.

Because Yosef Weitz — known both as “Father of the Forests” and “Architect of Transfer” — was in charge of the Jewish National Fund’s Department of Land and Forestry at a formative moment of the new state, the film is also, unavoidably, about the formation of the state of Israel.

Michal Weits’s film asks how fair, and how related, those two names are for her great-grandfather.

With a close eye on the map of the Palestine Mandate, Weitz was intimately aware of what independence looked like on the ground. Footage reproduced in “Blue Box” shows Weitz planting a tree with real joy and reverence. And no one has ever doubted his actual love of trees. Turning the country into a land of milk and honey meant that the landscape of Israel needed forests for goats (milk) and bees (honey) to live in. Israeli children appropriately celebrate him when they go on school trips to the forest.

But Weitz also faced the challenge of bringing in a Jewish population to a land already full of Arab villages. At times, the film reads from his diaries, which show his admiration for the progress that certain Arab farms and villages were making. At other moments, it shows him approaching landowners — both resident and absentee — to buy the Ottoman rights to the land for the purpose of transferring the residence to Jews.

Weitz was delighted by the outcome of the War of Independence. For him, Israel surviving the onslaught of Arab forces from Lebanon, Syria, Iraq, Egypt and Saudi Arabia was almost literally unbelievable. And, as Arabs fled the fighting and Israeli threats, the aftermath answered his most difficult question — how to populate an already populated land?

After the Holocaust had left Europe a graveyard and sent him a battered remnant of a people, the miracle of the War of Independence left him abandoned villages with space for Jewish settlements. It was in that context that he wrote, privately and publicly about the transfer of Arab peoples out of Jewish-governed land.

The documentary is visually structured around a patchwork of beautiful, often moving, archival films stretched over a framework of family interviews. But the substance of “Blue Box” comes from Weitz’s writing: both from his copious diaries and official state records of his papers.

As his great-grandchildren understand, the expression of this impulse has not aged well, even if “Transfer” in the 1940s didn’t mean what it meant by the end of the century. Yet, as his grandchildren point out in their interviews, Weitz was concerned for the Jewish people and the state of Israel at a time when their survival was far from assured. As his own papers show, he felt deeply conflicted by the opportunity.

“Blue Box” shows how, at the very least, Weitz wanted to financially compensate Arabs who no longer lived in their old homes, just as — before the war — he had paid Arab landowners for deeds to the land.

While the archival footage looks like film that any Jewish student might have seen over the past 50 years, Weitz’s presence gives it new relevance. Sometimes he actually appears in the film, planting trees, surveying villages, accompanying David Ben Gurion. Always, the narrative compels us to understand, he is behind the action: making the country green, establishing Jewish settlements. He’s not always completely in charge, but always engaged.

Weitz published his diaries in six volumes but the filmmaker also has access to the complete, original handwritten set, as well as letters he wrote to various ministers, and does an excellent job of choosing the excerpts that best make his case.

Over the past decades, since Benny Morris’s “The Birth of the Palestinian Refugee Problem, 1947–1949,” Israel’s reckoning with the events and traumas following its Declaration of Independence has become ever more visible. “Blue Box” joins, among others, Ari Shavit’s 2013 “My Promised Land” and Amos Oz’s 2015 “Censored Voices” in bringing to light stories about the decisions, the declarations, and the wars that have shaped Israeli history. By virtue of access through prestige, contacts or family or just deep research, the truth about the state’s worst behavior can come to light and, as these storytellers hope, be worked through to a positive outcome.

Weitz wrote convincingly – even poetically – about the costs of his actions. He knew that what he was doing might be necessary for the state’s survival but was certainly not convinced that his actions were justifiable. Weits, like her great-grandfather before her, understands the importance of her mission. For her the mission is truth-telling, but neither she, nor her family, are sure that the truth — about Israel and Weitz — is going to be worth the cost to the moral standing of their celebrated patriarch or to the legitimacy of their homeland.

Planter of forests, uprooter of a population — the tangled legacy of Israel’s Yosef Weitz