From Lamb Chop to Lou Reed, 7 shows and movies to watch for Thanksgivukkah 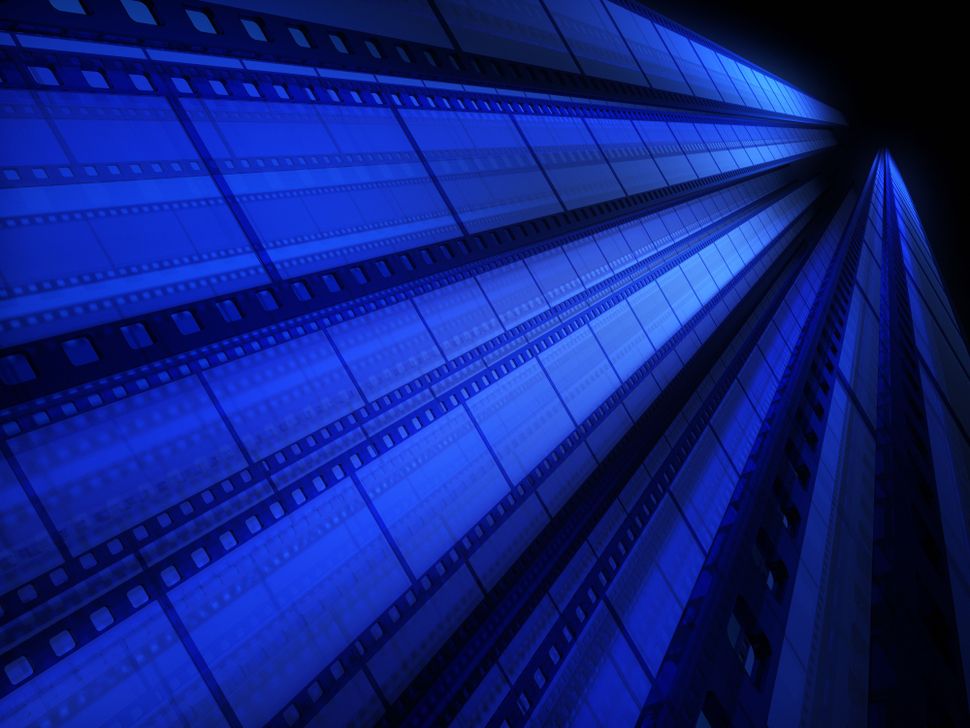 Background of a film strip Photo by iStock

As Nicole Kidman regularly informs me on my visits to AMC theaters, the movies are back. That is, if you’re vaccinated and feel comfortable in a dark room with strangers during an ongoing pandemic. Your mileage may vary.

But, with Thanksgiving and Hanukkah soon to be upon us, we’ll need to fill the idle hours between the turkey cooking, the potato grating and the flight home. Here are some suggestions for programming worth checking out, both at-home and in a multiplex near you.

In select theaters and on Apple TV+

Lou Reed, who once held court at a Seder at City Winery, definitely cracks my list of people living or dead who I’d want at my Thanksgiving — if only to scandalize that one aunt. But for lack of the real thing (he’s sadly in the dead category) Todd Haynes’ documentary celebration of The Velvet Underground, and the avant-garde art scene it collided with, is an excellent alternative.

Another ode to the sunny San Fernando Valley from Paul Thomas Anderson may be just what we need as things get chillier — at least on the East Coast. Starring Alana Haim (youngest member of the band Haim) and newcomer Cooper Hoffman (son of Philip Seymour z”l) the film is loosely based on the life of producer and erstwhile child actor Gary Goetzman. Anderson also enlists his partner Maya Rudolph, actor-director Benny Safdie (as Jewish councilman Joel Wachs) and Sean Penn, making for a thoroughly Jewish affair that promises at least one car-smashing rampage by former Streisand beau Jon Peters (Bradley Cooper). Just don’t try the titular dish on Turkey Day or with latkes. Sounds, well, just gross.

Of all the children’s characters to celebrate the Festival of Lights, who include Grover and that shmata business mainstay Corduroy, it should perhaps come as no surprise that Shari Lewis’ trademark character Lamb Chop is observant. (She’s pretty lucky though that post-Temple Judaism involves far less sacrifice of her own kind.) I just discovered this gem from 1995 and it’s great for those with little ones. It involves a primer on the holiday’s meaning and even a klezmer number where Lewis and Lamb Chop make latkes. “I hope that you have learned cooking is an art,” Lewis tells her plush companion. Ever the wag, Lamb Chop replies: “But it would have been easier if we had used the Cuisinart.”

Everyone loves to talk up “Planes, Trains and Automobiles,” but have you considered “Dutch” for your John Hughes Thanksgiving road movie supplement? Starring “Married With Children”-era Ed O’Neill as a blue collar guy escorting his well-heeled girlfriend’s son home from boarding school, the film is kind of like “It Happened One Night” with a more trenchant message about class. OK, this movie is actually deeply mediocre and gives us a kid even more violently deranged than Kevin McCallister. But, so help me, I still like it. And you might too!

Following a Colombian family possessed of magical powers, Disney’s latest promises to hit all the hallmarks of the holiday. Intergenerational disputes. Food. That one cousin who hears everything and turns it into lashon hara. Many will be drawn in by new music from Lin-Manuel Miranda. I will be going for the animated capybaras.

Actually, don’t watch this Darren Aronofsky psychological math thriller. Not exactly in the holiday spirit. And actually pretty disturbing. Eat some pie instead.

From Lamb Chop to Lou Reed, 7 shows and movies to watch for Thanksgivukkah