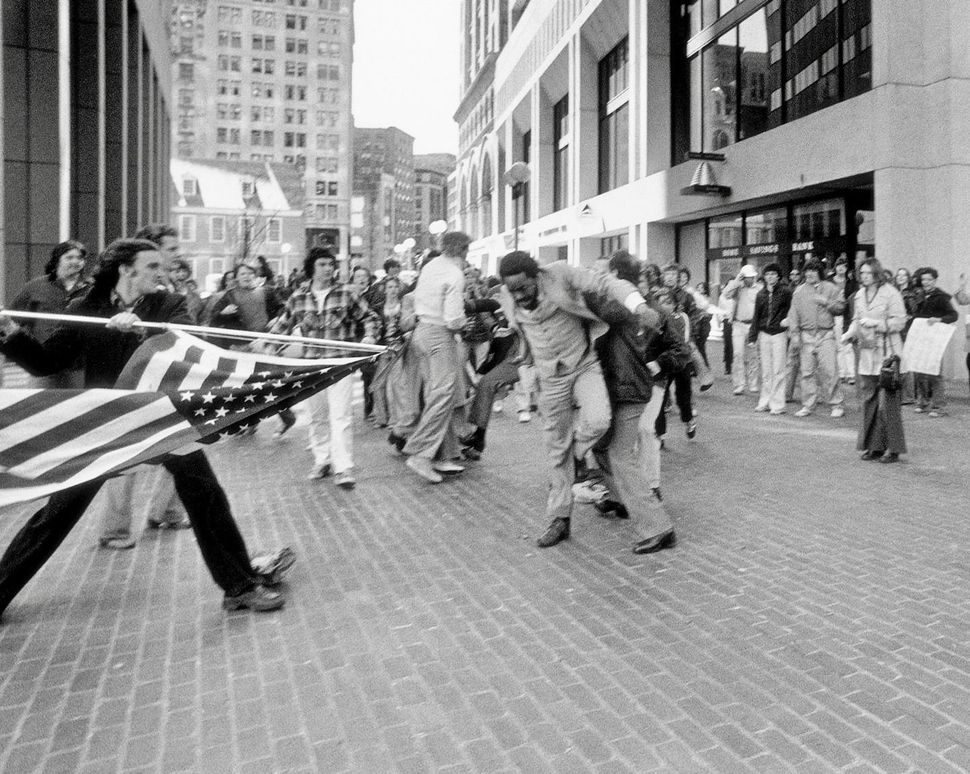 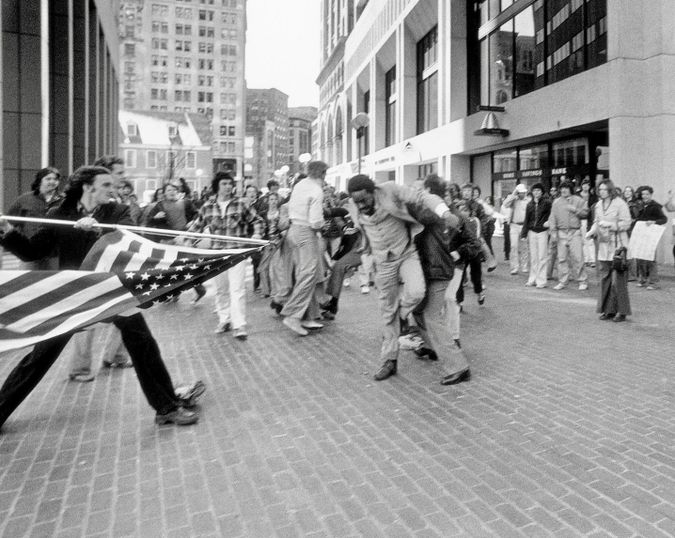 If there’s a definitive Pulitzer Prize-winning photo, it’s “The Soiling of Old Glory” — Stanley Forman’s spot news winner for the Boston Herald American in 1976. In it, a youth turns an American flag into a weapon to use against a Black man at a school busing protest.

Forman, 76, who began in newspapers in 1966 and switched to TV news videography two decades later, spent 55 years cruising the streets of Boston in search of breaking news, much of that time in a gas-guzzling Mercury Monarch. He retired on Dec. 31.

Or so he says.

“I have a great home life,” he said by phone from his home in Boston’s northern suburbs on the first weekend of the rest of his life. His primary plan is providing daycare for his four-month-old grandson, adding: “And I can do a limited amount of chasing on my own.”

By chasing, he means not running after a future toddler, but listening to 911 calls on his scanner, even if there’s no longer an editor assigning him to do so. Plenty of venues would eagerly publish or air whatever he captures. “I’m not ashamed to say I have the app of the New York Post,” he said.

Raised in a Jewish family in the working-class suburb of Revere, Forman first tuned into police radio signals as a child. His sister encouraged him to take up photography, which he studied at a two-year college after high school. That led to being hired as a photographer for then-Massachusetts Attorney General Ed Brooke, who was launching a campaign for the U.S. Senate, ultimately becoming its first African American member since Reconstruction.

“If you shook his hand, I took his picture,” Forman quipped.

He then went to the Record-American, a forebear of the Herald. Though he says he isn’t an observant Jew, he credits his hiring to the first of a handful of Jewish mentors and managers.

He would earn a special relationship with Boston’s African American community, however. That began with Brooke’s Senate campaign, and was particularly apparent in his back-to-back Pulitzer photos, both of which feature Black people. Though in the fire escape collapse they are victims — the woman did not survive the fall, and the child was only saved by landing on top of her — the photo also depicts their humanity. It also led to reforms in fire escape codes. 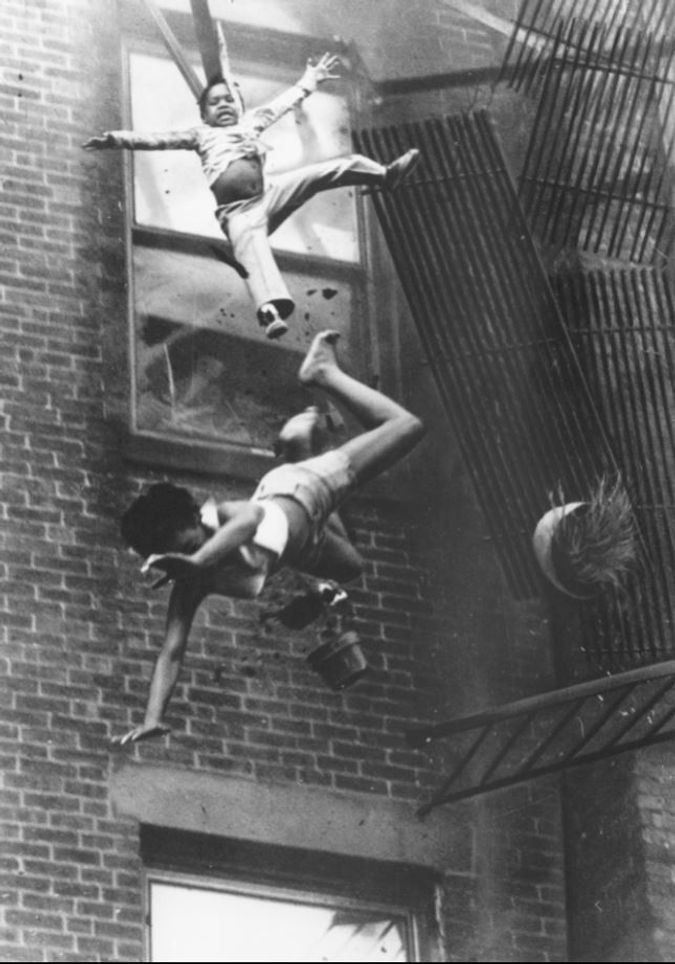 A woman and her goddaughter plunge from a Boston apartment building in “Fire Escape Collapse,” a photo by Stanley Forman that received the Pulitzer Prize for spot news photography in 1975. The child survived by landing on her godmother, who did not survive. By Stanley Forman

In the flag photo, of the attack outside Boston City Hall on Ted Landsmark, a Black lawyer who was not then connected to the school busing crisis, victimhood is elevated to outrage and empowerment.

“He was not merely chasing disasters to make dramatic photographs. He was capturing a lot of the essence of how people of color actually lived,” Landsmark told me, describing the two photos. “It’s one thing to capture a march. It’s another thing to document a dramatic moment of African American life in this country.”

Should Forman have captured those moments at all? In the fire escape photo, part of the shock value is the helplessness the viewer feels, left wondering if the photographer could have done something to save them. In reality, he couldn’t, with an obstruction between their landing spot and Forman, who did not learn of their fates until afterward.

In the flag incident, there may have been a split-second to react when Forman saw Landsmark walking unaware toward the protesters.

“Did I have a duty to warn him? Probably, if I could have,” Forman said. “It was already happening. I knew it was going to happen and it did happen.”

Landsmark is more direct, stating Forman should not have intervened even if he could.

“No,” he said forcefully. “Stanley was in a place where he could see us converging. But I am a believer in fate. And Stanley’s documentation of that moment in Boston’s history was from my perception a matter of fate.

“The high school students had no idea this person they were attacking had been to Selma, had been to the March on Washington, and had been a civil rights activist in college,” Landsmark continued.

“Had he not been there to make that photograph, there might have been continuing violence in the city that until that point had failed to shock people,” he said. “His photograph shocked the conscience of people who had been standing on the sidelines of busing so that they felt they needed to step up.”

In fact, there were other instances where Forman didn’t get the shot. At a house fire once, an EMT collapsed in front of him.

“I picked him up on my shoulder,” he recalled. “I’m carrying him and I’m thinking, ‘Where’s the photographers now?’”

Back to the flag photo, the third person involved — Joseph Rakes, the teen attacker — would likely have been happier had Forman not gotten the shot.

“The picture – it says what it says, but it doesn’t tell the whole story,” Rakes said in a Smithsonian Magazine account of the incident, for which he was convicted of assault with a deadly weapon and given a two-year suspended sentence. “You know, there’s nothing I can do about it. I just move on in my life.”

That’s left Forman wondering: “I’d like to know: What does he think of me every time he sees the picture? Does he say, ‘I’d like to f—-ing kill him?’ What are his thoughts?” 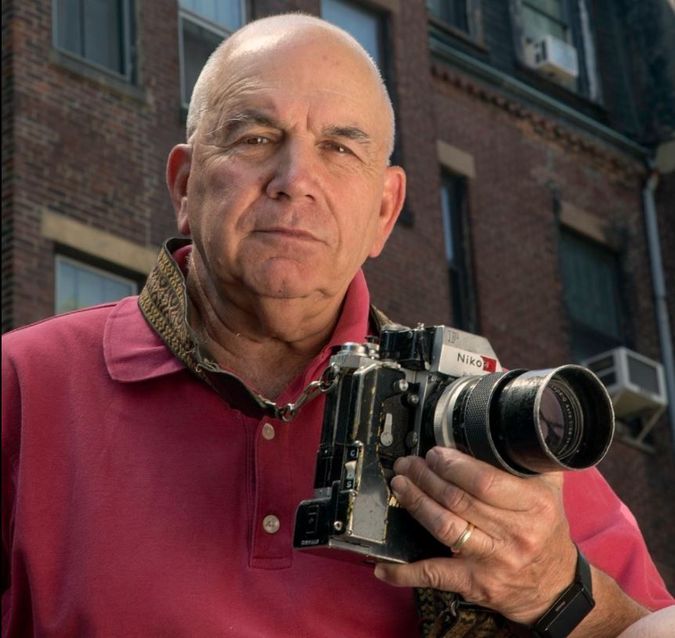 While Forman’s attempts to engage Rakes over the years haven’t been reciprocated, he and Landsmark have a warm relationship, appearing together in various fora — even the “Antiques Roadshow” after a viewer inquired about the value of a signed copy of the photo.

But it isn’t all about history. A year ago, the pair — and I’d like to think anyone remotely aware of our nation’s past — was instantly reminded of the image with the insurrection at the Capitol on Jan. 6.

“I thought, ‘How could this be happening again? It’s like we’re going backwards,” Forman said.

Except I’m sure he had his scanner on.