The best Jewish TV, movies and books to look out for in 2022 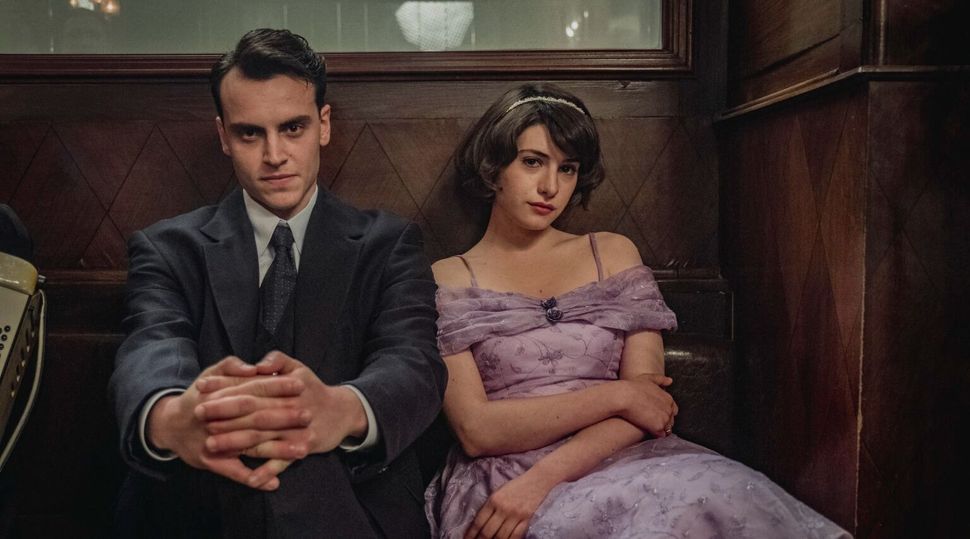 It’s a hit throughout Turkey, but its Jewish themes, characters and use of Ladino have particularly endeared it to local Jews.

2020 and 2021 will likely not be remembered as the most enjoyable years in American history, but if 2022 turns out to also be a dud, at least there will still be lots of fresh reading and viewing material for us to engage with from our childhood bedrooms and underground bunkers.

The year brings the revival of familiar names, with a new season of “The Marvelous Mrs. Maisel” and newly translated essays by Isaac Bashevis Singer, as well as some fresh takes on familiar stories, like historical communism among Bronx Jews and a TV adaptation of the novel “Fleishman is in Trouble.” Here’s hoping the pandemic ends soon and we’re too busy partying in empty hospitals to binge any of them.

Part 2 of Netflix’s “The Club”

When Part 1 of The Club premiered in November, it quickly charmed Turkish viewers, especially Jewish ones, who recognized themselves in the show’s portrayal of 1950s Turkish history. The series, which largely takes place in Istanbul’s Jewish community, follows Matilda, a woman released from prison 17 years after committing a mysterious murder as a teenager, and her daughter, who grew up in an orphanage. Part 2 of the miniseries is now available to stream on Netflix.

The U.S. government will be staging a diplomatic boycott of the Beijing Olympics this year because of China’s human rights abuses against Uyghur Muslim minorities. American athletes, however, will still be competing, as will four Israeli ice skaters, including 19-year-old Orthodox Jewish New Jersey native Hailey Kops. The Olympics will stream on NBC, and sports include skiing, snowboarding and ice hockey.

Season 3 of “The Marvelous Mrs. Maisel” found Midge closer than ever to achieving her dreams as a comedian only to be kicked off her tour with famous singer Shy Baldwin. It also found Midge’s parents, Abe and Rose, stuck living with her ex-in-laws in Queens after Abe left his jobs at Columbia University and Bell Labs. Will a long-awaited fourth season see the clan at new highs — or new lows? Find out Feb. 18 on Amazon Prime Video.

Billy Eichner, best known as the overly energetic, in-your-face host of “Billy on the Street,” steps into character as a lead in this film, billed by its studio as “the first romantic comedy from a major studio about two gay men maybe, possibly, probably stumbling towards love.” The movie, which is produced by Judd Apatow and set to debut in August, has an all-LGBT principle cast, including for heterosexual roles.

After directing his fair share of blockbusters, Steven Spielberg turns his gaze toward his own life in this semi-autobiographical coming-of-age story, which takes place in Arizona, where Spielberg grew up. The young actor Gabriel LaBelle will play aspiring young filmmaker Sammy Fabelman, and Seth Rogen will play his uncle.

Jews and diamonds — what could possibly go wrong? Shot in Dutch, English and Yiddish, this eight-part Netflix crime drama takes place in Antwerp’s diamond district and follows the adventures of an Orthodox diamond-dealing family. It’s yet to be announced when the series will stream, as shooting started in September, but it’s about time we get a (second?) Jewish Sopranos.

“Fleishman is in Trouble,” based on the book by Taffy Brodesser-Akner

Jesse Eisenberg and Lizzy Kaplan will star in Hulu’s adaptation of Taffy Brodesser-Akner’s debut novel, which Forward editor Talya Zax described as “an examination of power and gender that, because it is easy to read, somewhat masks its own intricacy.” A premiere date hasn’t been set, so it might (or might not!) happen in 2022.

“Most Dope: The Extraordinary Life of Mac Miller” by Paul Cantor

The unauthorized biography of Jewish rapper Mac Miller, who died of a drug overdose in 2018 at age 26, is embroiled in a controversy of its own. Miller’s family released a statement in May saying the author didn’t have meaningful access to important primary sources and discouraging fans from reading it, encouraging them instead to read a book called “The Book of Mac: Remembering Mac Miller” by Donna-Claire Chesman, which was released in October.

Literary critic Paul Cantor defended his biography to Page Six, saying of Miller, “I believe my book explores and contextualizes the life and art that he left behind.” No matter what, it’s sure to be interesting. Pre-order it here.

In this essay collection, Brostoff, the culture editor of Jewish Currents magazine, takes on the reemergent millennial left, Philip Roth, Vivian Gornick, communism among Jewish immigrants in the Bronx circa 1940, and other themes both Jewish and Jew-ish, while also grappling with questions of sex and gender. Readers can pre-order it from the n+1 bookstore.

“I’d Like to Say Sorry, but There’s No One to Say Sorry To” by Mikołaj Grynberg, translated by Sean Gasper Bye

Here, Grynberg, a Polish photographer and writer who has conducted oral histories of Polish Jews, uses 31 fictional first-person vignettes by both Jews and gentiles to tell a story about interreligious relations in Poland’s past and present. Pre-order it here.

For 15 years, scholars Nomi M. Stolzenberg and David M. Myers have worked to tell the story of how a group of Yiddish-speaking Satmar Jews formed its own local government in Orange County, New York. With sympathy toward their widely misunderstood subject matter, the authors explore the Kiryas Joel Satmar community’s rapidly changing role in American politics, as well as its place in the American Jewish community. Pre-order it here.

“Loss of Memory Is Only Temporary: Stories” by Johanna Kaplan

Critics have mentioned Johanna Kaplan in the same breath as authors of American Jewish classics like Philip Roth, Saul Bellow and Grace Paley, and those who read this short story collection will see why. The book, which includes stories originally featured in Kaplan’s 1975 collection “Other People’s Lives,” is as funny now as it must have been then, and features characters of different identities rubbing against each other: Jew and Gentile, American and Israeli, Bronxite and Manhattan native, Ashkenazi and Sephardic. Its riddle of a title suggests that the past will always catch up to us, no matter how far we think we’ve come. Pre-order it here.

This new collection by the winner of the 1978 Nobel Prize in literature includes 19 essays, most of which have never before been published in English, and several of which were originally published in Yiddish in the Forward. The essays span three categories: literary arts, Yiddish and Jewish life and personal writing and philosophy. Pre-order it on the Princeton University Press website.

The best Jewish TV, movies and books to look out for in 2022