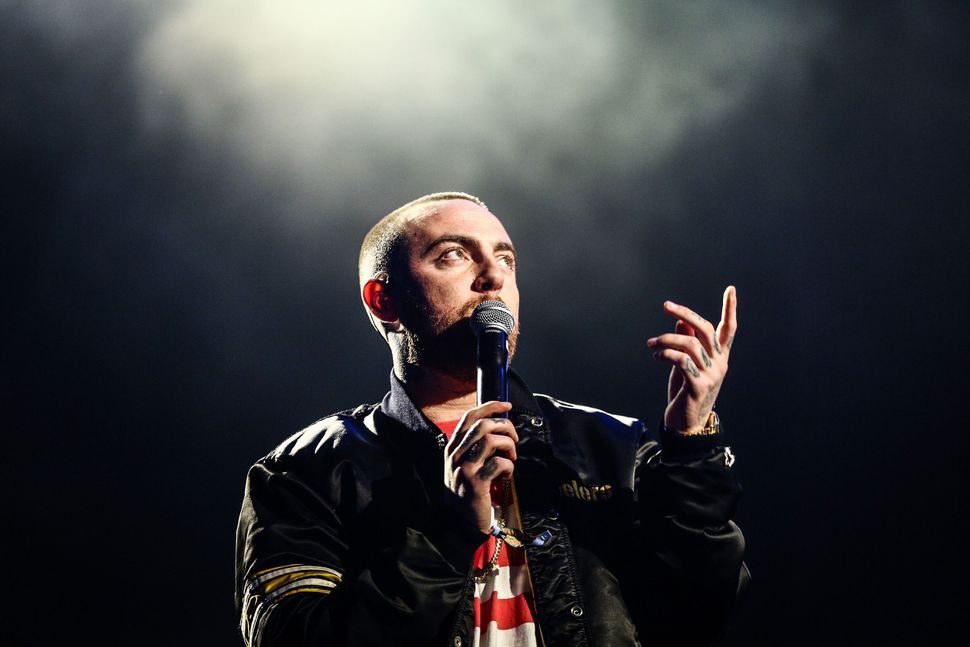 Mac Miller, born Malcolm James McCormick, died too soon. His life was notable not just for his massive popular and critical success, but also for his habit of living with curiousity, introspection, and generosity. The beloved rapper and producer, who celebrated his Judaism in all that he did, died on September 7. Cause of death has not been released, but it is suspected that Miller, who went into cardiac arrest, died of a drug overdose.

Here are just a few of the things we’ll miss:

1.He spoke openly about struggling with addiction Miller took us on his journey of off-and-on drug abuse and issues of addiction. Most plaintively on “Self Care,” a track on his final album, “Swimming,” he crooned, “Tell them they can take that bulls**t elsewhere/ Self care, I’m treatin’ me right, yeah/Hell yeah, we gonna be alright (we gon’ be alright).” Miller trod a careful line, speaking and singing sincerely about his addiction issues without ever celebrating them. The New Yorker notes that Miller said in a documentary for Fader, “I’d rather be the corny white rapper than the drugged-out mess who can’t even get out his house. Overdosing is just not cool. You don’t go down in history because you overdose. You just die.”

2.He loved his Jewish identity

Miller’s mother was Jewish, and he was raised Jewish, a fact he proudly shared throughout his career. “I had a Bar Mitzvah, I celebrate the high holidays,” he told Shalom Life. “That’s like my family…like how I was raised.” In the song “S.D.S” he called himself a “Jewish Buddhist tryna consume the views of Christianity.” And in a stab at a rivalry more friendly than fighting, Miller challenged rapper Drake’s claim of being “the best Jewish rapper.”

“I’m the coolest Jewish rapper,” Miller said, before suggesting that he and Drake collaborate on a Hanukkah song.

3.He was a kind soul

Miller was celebrated for musical virtuosity, but also for his sweetness. Pittsburgh mayor Bill Peduto said that before his death, Miller had been in talks to invest in recreation programs and after school activities for children in the rapper’s hometown, the locus of the imagery in his 2001 album, “Blue Slide Park.” The city, says Peduto, will “continue to work on those types of programs and hopefully get other local artists to be a part of it” in Miller’s memory.

Rest in your peace Mac Miller.
Always exuded so much kindness and goodness.
Thank you for sharing your gifts with us all.

In the New Yorker, Doreen St. Félix recalled Miller as someone who “was known to secretly foot bills, to grant interview requests to cub reporters with fake press passes, and to generally crowd those around him with genuine concern and friendliness.” In the wake of Miller’s passing, Twitter has filled with fans and famous people alike telling stories about Miller as a person who was reflexively generous.

Miller was a tremendously reflective lyricist. In “2009,” a track from his final album, “Swimming,” he looks back on the last year of his life before becoming a celebrity. On the wistful, string-supported track, he muses:

Take my time to finish, mind my business/ A life ain’t a life ‘til you live it/ I was diggin’ me a hole big enough to bury my soul/ Weight of the world, I gotta carry my own/ My own, with these songs I can carry you home/ I’m right here when you scared and alone/

4.He knew who he was

“Honesty was Miller’s default,” St. Felix wrote of the young rapper for the New Yorker. “I’ve been finding freedom in just living and letting people say whatever the fuck they want,” he said in an interview in Vulture, published one day before his death. And here’s one of the most joyful Miller lyrics: “I’m only 5’7” ‘cept I’m feelin’ like I’m 7’5.”

Zichrono livracha — may his memory be for a blessing.