In one of many oddball stories in the Talmud, the commentary on the Hebrew Bible, we’re told about an ancient diss: one rabbi tells another rabbi that his voice is so bad that if the Holy Temple were still standing, he wouldn’t be allowed to sing in it.

As Miriam Anzovin puts it in her first TikTok, “Shimon is pitchy — but Chiyyah is bitchy.”

She’s not – obviously – your typical teacher of Talmud.

Following the same schedule as Daf Yomi, the page-a-day Talmud study cycle whose participants number in the tens of thousands worldwide, Anzovin hair-tosses, speed-talks and eyebrow-pops through her homemade recaps, distilling the daily dose to its sauciest moments.

In Anzovin’s very online breakdowns of the Talmud, everyone is relatable: Rabbi Hanina Ben Dosa’s wife’s neighbor, thwarted by divine intervention more than 2,000 years ago, is a “Karen;” Rabbi Yochanan, whose radiant beauty is a matter of Talmudic discussion, is a “legendary hottie;” and Rav and Rav Huna are “besties” beholden to a “bro code.”

DAF REACTIONS Megillah 3! One quick tip to find out if that random guy u met is a ##demon or not! PLUS the Divine Voice has SOMETHING to SAY! ##dafyomi

A non-Orthodox woman with bleach-blonde hair, Anzovin might not look like what most people conjure when asked to think of someone who studies Talmud, which has historically been the domain of Orthodox men. But she may be the quintessential participant in Daf Yomi, whose very mission is to make the long, dense and often arcane Oral Torah more accessible and inclusive.

Her approach is pretty simple — make it funny — and her process fully digital.

She begins her mornings listening to Rabbanit Michelle Farber’s Daf Yomi podcast while she puts on her makeup. Then she’ll read a summary of the same material on MyJewishLearning.com. From there, she’ll skim the text itself on Sefaria.org and riff about it with her chavruta over Google Chat. All along, she’s waiting for inspiration to strike.

“Sometimes it’s right there at the surface, the modern connection, or the kind of language I would use to describe the scenario in a millennial sense,” she says. “And sometimes you gotta dig a little harder to find it.”

Anzovin, 36, a content producer for JewishBoston.com, first became interested in Daf Yomi after hearing Rabbi Jonathan Sacks, the late chief rabbi of the United Kingdom, speak highly of the movement. But it was the middle of the seven-and-a-half-year cycle, putting her enthusiasm on hold. Later, the Hanukkah stabbing in Monsey in December 2019 — several were injured and one was killed — got her fully committed. 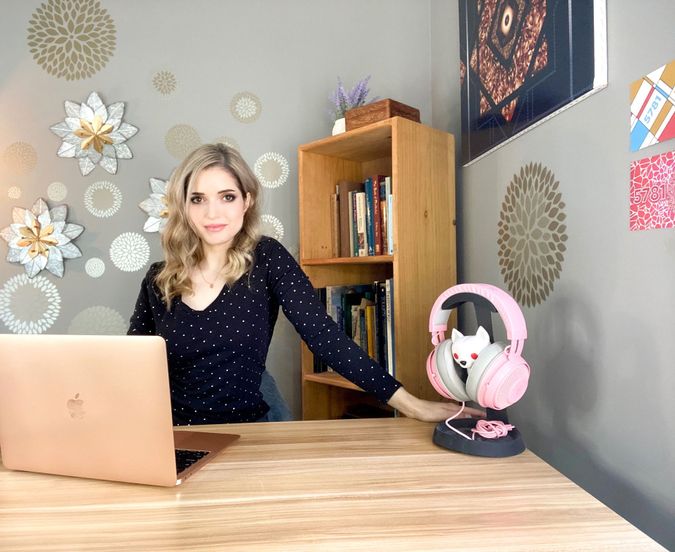 Anzovin, a content producer for JewishBoston.com, makes her “Daf Reactions” videos in her free time. Courtesy of Miriam Anzovin

Her videos defy norms in other ways: her coquettish affect (and occasional profanity) make them evoke the juicy conspiracy theories and brilliant life-hacks popular on TikTok more than the dialectic of staid first-century rabbis. For the most part, Anzovin leaves what others might consider the true substance of the Talmud — arguments about Jewish law — on the cutting room floor.

The videos have, perhaps inevitably, drawn a few unhappy comments — which failed to deter her. She noted a bewildering detour the Talmud takes to consider a scenario in which a snake has entered a woman’s vagina.

“Nothing that I say could ever be worse than the things that are in the Gemara,” she said. “And I say that with love.”