Just when you thought you were ready for Passover, a kosher poultry shortage could fowl everything up 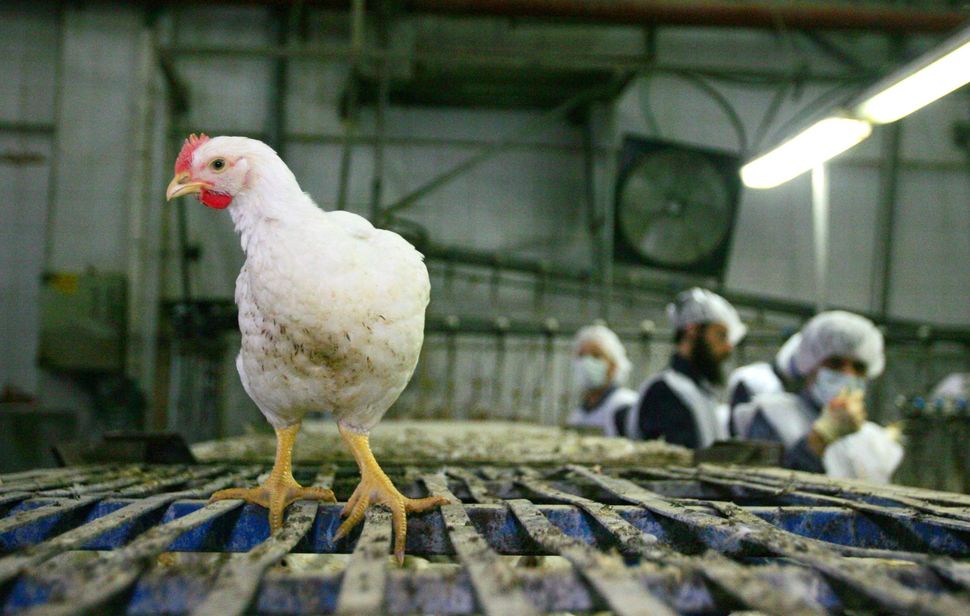 Chicken: In 2006, Israel was bracing for an outbreak of avian flu. By Getty Images

This Passover, observant Jews may not just be forgoing leavened bread; they might also have to skip chicken. Jewish supermarkets, butchers, and restaurants are facing a nationwide kosher poultry shortage which means this year’s matzo balls might lack that heavenly schmaltz.

Park East Kosher on Manhattan’s Upper East Side is coaxing some shoppers to roast turkeys, not chickens. In Philadelphia, House of Kosher supermarket has whole birds but has been forced to ration chicken cutlets, a limit of two packages per customer. And a man working at a Los Angeles butcher shop, who didn’t want me to identify him, told me he is running low on all poultry and may run out before the start of Passover in just under two weeks.

For some kosher supermarkets, this is the first time they’re experiencing any shortage in recent memory. “Even during all of COVID we had everything,” said Rivky Isaacson, the owner of House of Kosher.

And mysteriously, the supply issues do not seem to affect the non-kosher supply. “I asked some of my non-Jewish friends and they said no, there is no shortage,” Isaacson added.

Supply chain issues have repeatedly affected a U.S. economy still recovering from the pandemic and fighting inflation. In December 2021, New York bagel shops struggled to find cream cheese. Since last year, automakers have had to slow production due to a dearth of semiconductors. And most recently, pet owners haven’t been able to find canned cat food due to a scarcity of aluminum.

Chicken products have been particularly strained in the past year. According to the U.S. Department of Agriculture, overall poultry prices have increased 12.5 percent in the past 12 months, and eggs have increased by 11.4 percent, both outstripping the nation’s 7.9 percent inflation rate.

Seasonal holidays do affect demand. Christian families purchasing eggs to dye for Easter are partially responsible for an increase in prices. Kosher chicken purchases also increase leading up to Passover, as families cook more and Jews who may not normally cook kosher chicken do so for a religious holiday so tied to eating the right food. But the shortage can’t be fully pinned on matzo ball soups for the festive meal.

Avi Israelov, President of Abraham Kosher Meats, a Bronx distributor, said his supply problems began a year ago. In recent weeks, processors have fallen further behind in demand, said Israelov who supplies supermarkets, Chinese restaurants and kosher butchers across the nation. “If the customer wants five boxes, I can only give one,” he said.

The overall poultry and egg industry is worried about avian influenza, commonly called bird flu. The outbreak is now in 24 states. According to a USDA website, over 20 million infected backyard and farm birds have been euthanized. No humans have been affected.

The kosher chicken shortage, however, appears to be unrelated. Morgan Parson, a Texas A&M Professor who studies the avian flu and the poultry industry, said the outbreak has mostly infected egg-producing chickens and turkeys, not meat-producing chickens.

Pennsylvania, which has no reported cases of avian flu, is home to David Elliot Poultry Farm, Empire Kosher and Birdsboro Kosher. Elie Rosenfeld, a representative for Empire Kosher, which claims to be the nation’s largest producer of kosher poultry confirmed they have experienced shortages, but their flock has been unaffected by the highly contagious bird virus.

“Passover is always the busiest season in the kosher food industry,” said Rosenfeld. “This year, the poultry industry nationally is experiencing shortages due to the availability of breeder chickens which lay eggs. This, coupled with the ever-growing and expanding kosher consumer market,” he said, “can create a tightening market for kosher poultry.”

Yehuda Fink, the president of David Elliot Poultry, says hiring is one of his biggest challenges and so is finding additional live birds.

“When the pandemic began, and factories closed, millions of chickens were disposed of, and hatcheries destroyed breeding flocks,” he said. Now he is competing with non-kosher producers to purchase a reduced stock of chickens. Even if he could find them, avian flu precautions makes acquiring new birds that much more difficult.

Overall, Parson says chicken farms and processors have endured rising costs in feed, fuel and labor shortages in the past year. Kosher producers that tend to be more labor intensive and smaller are more vulnerable to these shocks. “Their costs are going to be a lot higher than the big boys,” Parson said. “Larger companies can weather these storms a little bit better.”

Even small dips in production by kosher processors impact supermarkets and restaurants that have few kashrut options. Isaacson says she only has five potential distributors of chicken for her Philadelphia store, far fewer than other shops in her area. 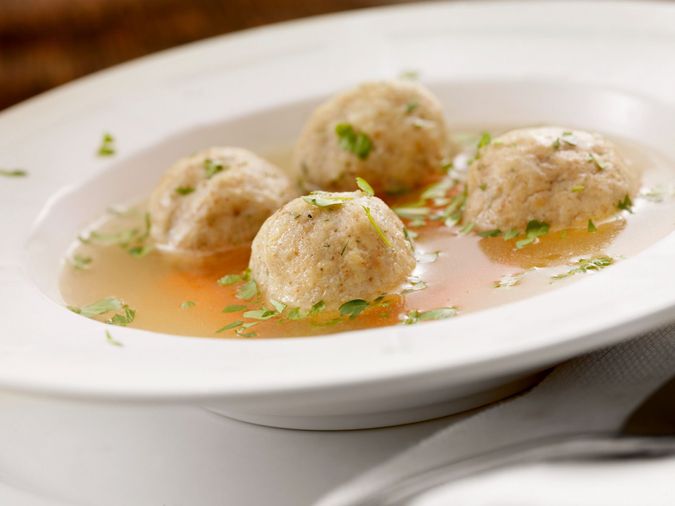 Endangered Meal: Matzo ball soup might not be that easy to come by this year given the poultry shortage. By iStock

On a holiday that emphasizes sacrifice, the possibility that your matzo balls soup is flavored with bouillon cube isn’t a big deal. And if in the end, your mother makes brisket and not roast chicken? Dayenu!

But the lead-up to Passover is already stressful. A chicken crisis creates extra anxiety for shoppers wondering, will they run out of macaroons next?

“You know what we needed to make Pesach prep calm this year, is a kosher chicken shortage,” wrote Twitter user @persephone.

For those with financial hardships, an increase in price can make an expensive holiday even more burdensome. Already, Flatbush Community Fund, a community support organization for Orthodox Jews in Brooklyn has been combating what they call “the inflation monster” by raising funds to help Jewish families pay for their holiday celebrations.

New York State Attorney General Letitia James has warned businesses not to price gouge religious Jews during Passover, a troublesome practice that has occurred in the past.

For those who can get it at Park East Market in Manhattan, the price per pound of small whole chickens has increased from $5.69 to $6.79 in recent weeks. At a well-stocked supermarket chain down the block, whole Perdue chicken was almost half at $3.49 a pound.

Store operators who spoke with me said price increases were unavoidable given rising costs. While they focus on getting through Passover, the overall problems of the chicken industry are not going away.

“I think it’s going to probably get worse,” said Parson, citing inflation, increased fuel costs and the war in Ukraine affecting the ability to import grain and fertilizers needed to grow feed. He also worries the avian flu breakout may intensify. All these things can drive up prices and decrease poultry supply for both kosher and non-kosher consumers.

What is now a spring chicken problem for Jews may evolve into a fall turkey problem for the rest of the nation.

Just when you thought you were ready for Passover, a kosher poultry shortage could fowl everything up