How the Art World Is Responding to Trump’s Muslim Ban 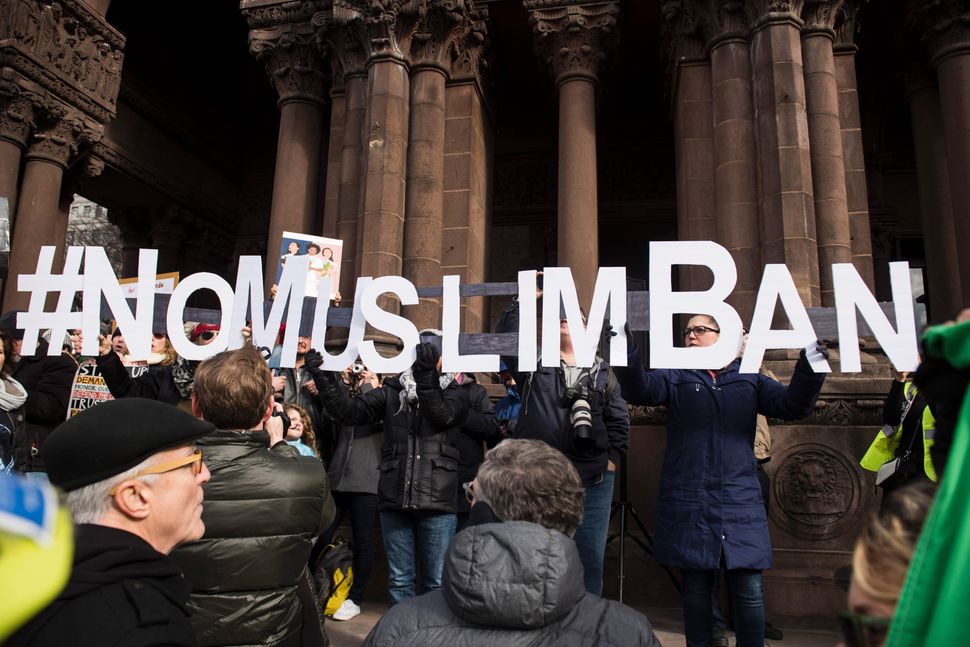 Hundreds of artists and dozens of prominent museums around the world have signed a strongly worded open letter calling for a reversal of the ban on entry to the US for citizens of seven mostly Muslim countries.

“We the undersigned individuals of the international contemporary art field call for the immediate and total overturning of the Executive Order signed by the 45th President of the United States on January 27, 2017, banning entry to any non-US citizens from Iran, Iraq, Libya, Somalia, Sudan, Syria, and Yemen,” the letter reads.

“In addition to the humanitarian crisis exacerbated by these discriminatory measures, our fellow colleagues are being profiled based on race and/or religion. Should our colleagues have to leave the United States for any reason, they must not fear being denied return; nor should they have to cancel exhibitions or research because they cannot enter this country,” the letter continues.

Barbara Kruger and Kara Walker are among the well-known artists who have signed the letter. Curators at the Museum of Modern Art in New York, the Los Angeles Museum of Contemporary Art, and the Indianapolis Museum of Contemporary Art have also signed, as have many art professors and art critics, including Marta Kuzma, dean of the Yale School of Art, and the critic Yve-Alain Bois of the Institute for Advanced Study in Princeton, NJ. Countries represented include Germany, France, Mexico, Canada, and Russia.

The letter emphasizes that the free flow of artists and ideas is crucial to contemporary art’s survival.

How the Art World Is Responding to Trump’s Muslim Ban