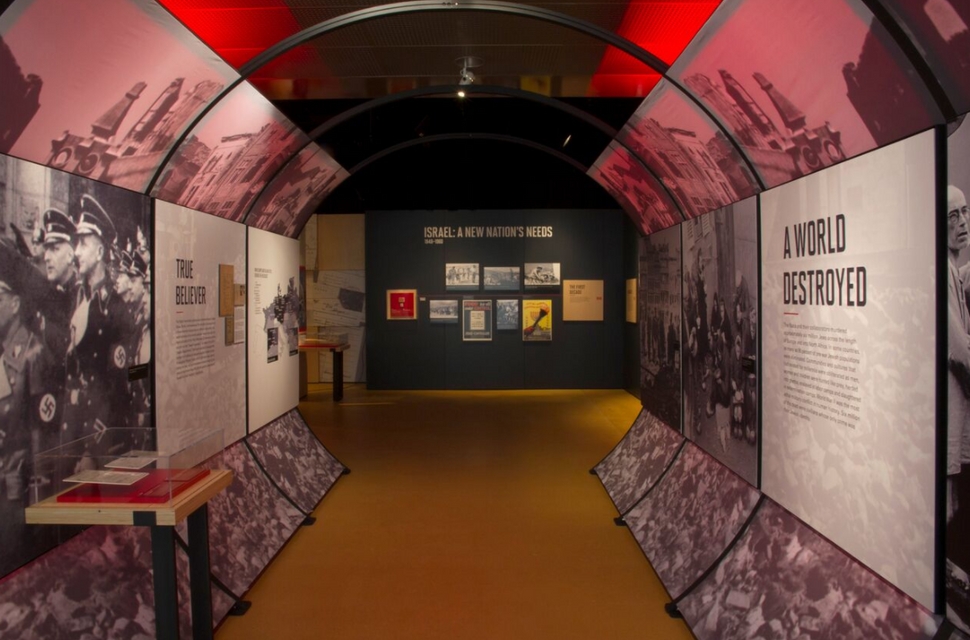 Art critics are used to having the last word on things, so New York Times writer Jason Farago must have been surprised when his review of “Operation Finale,” an exhibition on the capture and trial of SS leader Adolf Eichmann at New York’s Museum of Jewish Heritage, earned him the severe ire of the Algemeiner’s Ira Stoll. Stoll, who took issue with the writer’s reservations towards the Mossad-organized exhibit, suggested that Farago found the exhibit “insufficiently sympathetic to Eichmann.”

Eichmann’s trial was a watershed moment for the popular understanding of the Holocaust, as notable for privileging the voices of Eichmann’s victims as it was for bringing him to justice. Today, it’s best remembered for inspiring Hannah Arendt’s landmark reportage, “Eichmann in Jerusalem,” which remains a touchstone meditation on the nature of evil in the modern world.

Farago criticized the exhibition for shortchanging these complexities in favor of “the relics of James Bond-like spycraft,” writing “These philosophical dilemmas and legal repercussions don’t much trouble “Operation Finale,” whose overly pat narrative may reflect its genesis within an Israeli government institution.”

Stoll took particular offense to this sentence, replying, “What is the word ‘Israeli’ doing in that sentence? Perhaps government institutions in general prefer simplicity, but Israelis — at least the ones I know — are perfectly comfortable with complex narratives. The Times comment is a slur against the government of Israel.” But what appeared to bother him above all is Farago’s invocation of the International Criminal Court at the end of his piece, to which Stoll responded:

The Times is essentially claiming that the people that the International Criminal Court’s advocates would want to put on trial — Paul Wolfowitz, George W. Bush, Donald Rumsfeld, Ariel Sharon, Richard Perle — are the Eichmanns of our age. Grotesque, false accusations of war crimes made against those who were actually defending the Jews and other innocents in Israel and America against terrorism demonstrate why justice is better left to free and democratic nation states like Israel and America rather than to unaccountable and unelected newly invented institutions such as The Hague. The Eichmann example, in other words, proves precisely the opposite of what the Times says it does.

Ira Stoll’s interest in the Times, however, goes beyond Farago’s review or even his instinctive need to protect Paul Wolfowitz from the world’s art critics. His last six articles, for example, are all accompanied by the same stock photo of the newspaper’s midtown headquarters. They include an indignant takedown of a piece on a Bed-Stuy bakery run by former members of the Nation of Islam, in which he took the Grey Lady to task for characterizing Avigdor Liberman as “ultra-nationalist,” while describing the bakery’s navy bean pies as “healthy” and “mellow.”

Accordingly, he ends his piece by beseeching his readers to cancel their Times subscriptions, though Stoll himself seems unlikely to follow suit. He needs the material.

Daniel Witkin is the Forward’s Arts and Culture intern. Contact him at [email protected] or @dzwitkin