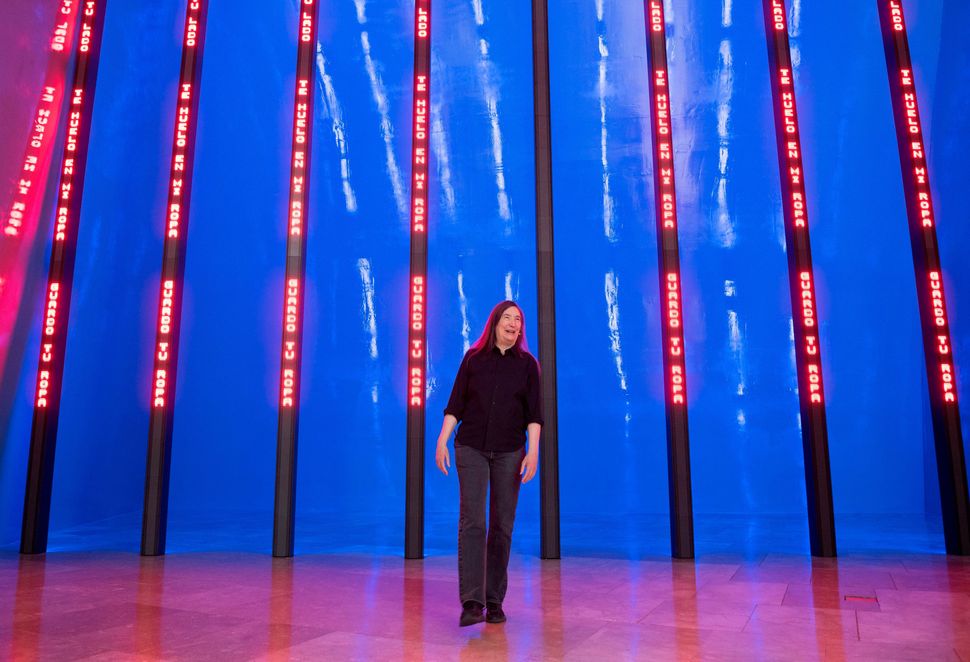 According to a report in the New York Times, JCC Manhattan has announced that it has received a gift of $20 million from the Meyerson Family Foundation, which also commissioned a site-specific artwork for the center. In honored of the donation, JCC Manhattan will be renamed the Marlene Meyerson JCC, starting in February 2018.

The gift is believed to be one of the largest ever contributions to a Jewish Community Center in the United States.

The Meyerson family was an early supporter of Holzer’s work. The American neo-conceptual artist is known for her critical approach to media and work with language, prominently exhibiting texts so as to intervene in and comment upon the public sphere.

Holzer’s installation for the JCC will respond to the question, “What does community mean?” Over the next several months, the center will put that question to its members, and a selection of their answers will be chiseled onto marble benches and stone plaques through its headquarters on the Upper West Side. The piece will also have a digital component, including other responses in a virtual map of the building, as well as an augmented reality smartphone app.

Daniel Witkin is the Forward’s Culture Intern. Reach him at witkin@forward.com or on Twitter, @dzwitkin