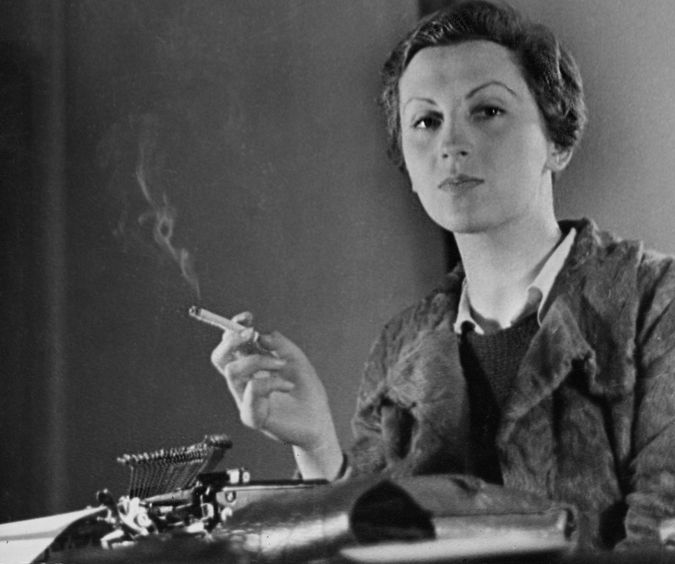 The Jewish-German photojournalist Gerda Taro’s brief life was filled with firsts. She is widely considered to have been the first woman photographer assigned to the frontlines and, unfortunately, the first to die on assignment. Today would have marked her 108th birthday, and Google is celebrating her considerable legacy with a doodle on its homepage.

Taro, who was born Gerta Pohorylle in Stuttgart, Germany in 1910, was a trailblazing talent in the then-emerging field of war photography from her beginnings in France in 1935, to her untimely death in the trenches of the Spanish Civil War in 1937.

Though her end was tragic — she was only 26 — it followed her lifelong pattern of confronting fascism. When she was barely out of childhood, her middle class Galatian-Jewish family was made to flee their native Germany after Hitler ascended to chancellor in 1933. Her parents left for Mandatory Palestine, her brothers escaped to England and Taro, then 23 left for Paris, where she learned the trade that would occupy her final years.

It was in Paris that Taro met another Jewish refugee, the Hungarian photographer André Friedmann, and became his apprentice. The two had a love affair and devised an interesting plot to get their photos in the papers despite prejudice surrounding their Jewish surnames: They invented an American photographer, Robert Capa, and masqueraded as his agents in correspondence with publications. Friedmann adopted Capa’s name as a pseudonym, by which he became popularly known. It was also in this period that Taro — who then still went by Pohorylle — took the professional name known to posterity.

The pair covered the Popular Front’s ascent in Paris in the 1930s, but are best remembered for their work in the Spanish Civil War, covering the conflict in Barcelona, Aragon and Cordoba. Capa soon proposed marriage and Taro refused, breaking away to join anti-fascist circles where she met the novelists Ernest Hemingway and John Dos Passos.

After Taro’s split with Capa she pushed herself into ever-more dangerous terrain, covering the Valencia bombings and the Republican retreat from the Battle of Brunete, a town near Madrid, where she fell in love with Canadian photographer Ted Allen and lost her life.

Taro, eager to get a shot of the war’s cost before returning to France, leapt onto the running board of a car carrying wounded soldiers on July 25, 1937. Just as she made footfall, a tank collided with the side of the vehicle, crushing her. She would die from her wounds the next day in a hospital.

Taro biographer, Jane Rogoyska, told BBC Magazine that Capa, who would go on to have a celebrated career covering World War II and the 1948 Arab-Israeli War before his death in 1954, never forgave himself for letting her go to Brunete without him. “He blamed himself for not being there — he always felt that he had this role of a protector towards her because he felt that she would take too many risks.”

Though the photos Taro took on her last assignment have never been recovered, what work we do have has been displayed in the last decade in London alongside Capa’s and a number of books have been released detailing her contribution and life with her better-known partner.