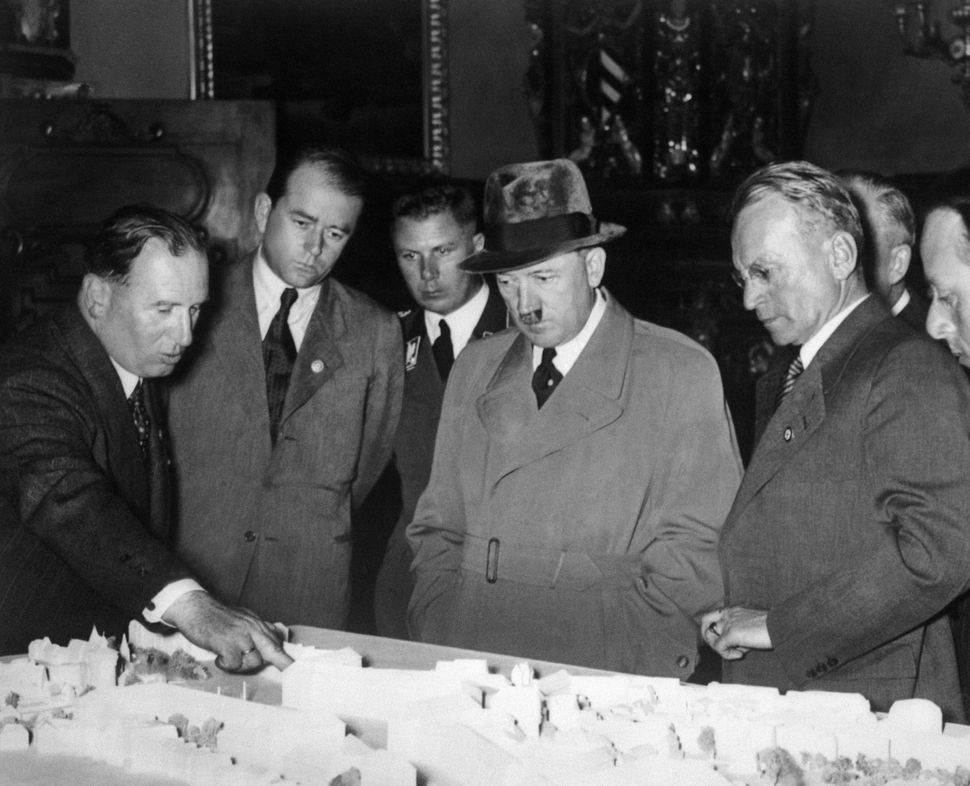 Albert Speer, Hitler’s armaments minister and main architect, was known as “the Nazi who said sorry” for acknowledging his complicity in Nazi war crimes at the Nuremberg trials. While Speer maintained he never knew about the Holocaust, his daughter, Hilde Schramm, is spreading awareness of the genocide, and doing much more than apologizing for it.

Schramm, an 82-year-old politician, author and educator has been active in combating anti-Semitism for decades, the Associated Press reports. On January 21 she was honored with the Obermayer German Jewish History Award for establishing a unique restitution endeavor. Since 1994 Schramm has been supporting Jewish women artists and scientists by urging Germans to donate money to that cause based on goods they own that may have been looted by the Nazis.

The seed money for the foundation came from Schramm’s own inheritance. When her father, who served 20 years in prison for his involvement with the Third Reich, left her some valuable paintings, although it was determined that the art was likely not stolen from Jews during the war, Schramm decided to sell the works to fund the projects of Jewish women in Germany. She named the foundation that emerged from this decision Zurueckgeben, a word that translates to “return” or “give back.”

“It was very much our point with this word ‘Zurueckgeben,’ which in a way is a provocation, because in a way nobody really can give back, to raise consciousness about the injury that had been done very broadly in Germany,” Schramm told the AP.

Schramm’s project, which German broadcaster Deutsche Welle reports has funded 150 artistic and scientific projects ranging from art exhibitions to books and films, doesn’t just rely on proceeds from potentially looted artwork. Rather, Zurueckgeben hopes to dispel the myth that all Jewish victims of looting were wealthy and that all those who benefited from the looting were powerful members of the Nazi party. The foundation wants all Germans to interrogate the origins of household items like silverware and furniture and, where impossible to trace a chain of ownership, sell the item and donate the profit or make a symbolic contribution.

“Let it come close to your families and look at what other ways the German population did profit,” Schramm told the AP. “When Jews were expelled from their jobs, of course non-Jewish Germans could take their job… It’s not only the question of real objects being robbed but their whole existence.”

In addition to the Obermayer Award, Schramm, who served as the leader of Berlin’s Green Party through much of the 1980s, was awarded the Berlin state parliament’s Moses Mendelssohn Prize in 1994 for her efforts to promote religious tolerance. Zurueckgeben, which began the same year, has raised 500,000 Euros for projects lead by Jewish women.