Celebs Shtick it Up for Reproductive Rights 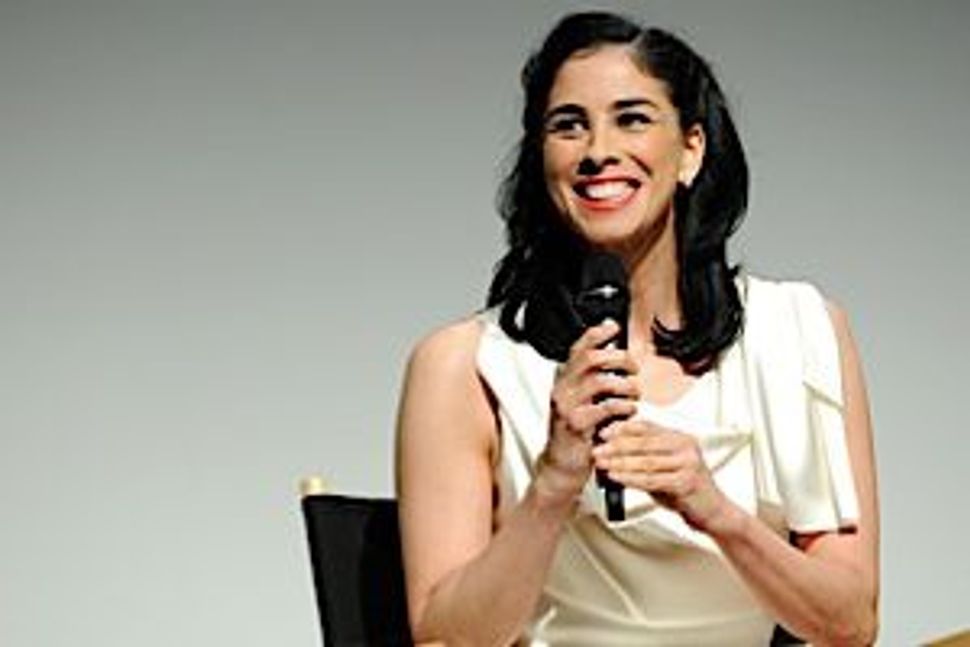 Sarah Silverman has been making humorous political videos for a while, but in her latest one she has some very A-list friends helping her out.

Everyone with blue-leaning inclinations, it seemed, posted her “Great Schlep” video on their Facebook walls in 2008, spreading the word about her effort to get young Jews to convince their Floridian grandparents to vote for Obama.

Then there was her deadpan and risqué indecent proposal to SuperPAC Republican financier Sheldon Adelson. Recently, she’s been lending her skills out to the “Let My People Vote!” initiative with the Jewish Council for Education and Research to stop voter suppression and encourage the expansion of the franchise.

Now in a new effort she’s been joined in her shtick by some real heavy-hitters: fellow funny Jewess Sandra Bernhard, Amy Poehler, Martha Plimpton, Audra McDonald, Tea Leoni, Lisa Kudrow, Kyra Sedgwick, and Kevin Bacon, and Meryl Streep. Yes, Meryl Streep. In the rapidly-going-viral video, Silverman decides she needs to call in the “Big Guns” and who else but Streep shows up. “We’ve got to do something right now,” the leading lady of film says in another clip for the same cause. What’s the emergency, exactly?

Well, the video is for a cause and campaign near to, perhaps at the center of some feminist hearts: reproductive rights. The video shows the various celebs gawking over insane comments by right-wingers about women and sex, and then, spurred by rage, taking action online. It pretty much sums up the last two years in internet feminism. From the Center for Reproductive Rights, the campaign is called the “Bill of Reproductive Rights,” meant to be “a thundering statement —backed by hundreds of thousands of signatures from concerned citizens like you — to the U.S. Congress and the President that they must guarantee and protect reproductive rights as fundamental human rights and stop the attacks by politicians who want to take those rights away.”

Apparently the campaign got so much attention in its first day that it crashed some of the servers at CRR. With the recent comments from a congressman that “some girls rape easy” adding to this year’s list of offensive remarks and a number of clinics in dire threat of closing their doors due to legislative attacks, there’s no time like the present to put some Hollywood muscle —and a sense of urgency — behind the pushback for expanded reproductive freedom.

Celebs Shtick it Up for Reproductive Rights