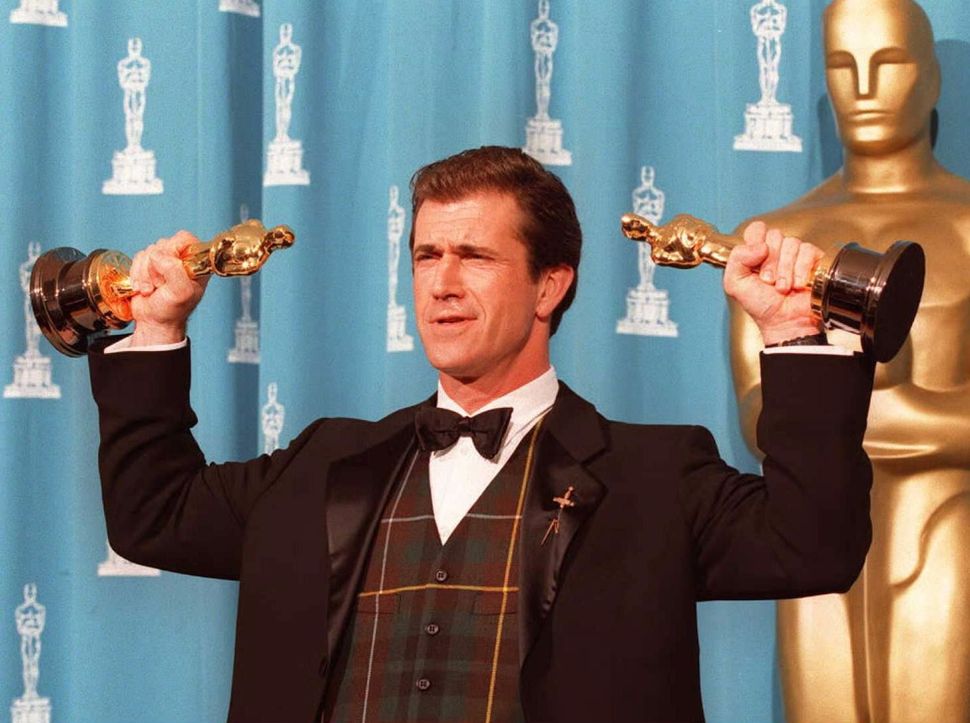 As Thursday’s puckish sun rises on the horizon, the mind of man turns to film. So things have stood since time immemorial, or at least since two weeks ago, when the Forward debuted Movie Thursday. If you’re disconsolate over your inability to find movie news, analysis, and recommendations never fear: Movie Thursday will be your succor.

1. “The Graduate” is now old enough to have put a son of its own through college

A half-century ago, “The Graduate” became an instant counterculture classic and helped to inaugurate the New Hollywood of the late 1960s and 1970s. The film’s WASP-centric plot, following a New England lad coping with to post-grad life and intergenerational temptation, was transformed by a distinctly Jewish sensibility. It seemingly featured a generation of pivotal Jewish entertainers, including director Mike Nichols, writer Buck Henry, musicians Paul and Simon and Art Garfunkel, and actor Dustin Hoffman, who was catapulted to stardom as a result of the film’s success (Richard Dreyfuss also made a miniscule cameo). On the occasion of the film’s fifty-year anniversary Laurie Gwen Shapiro talked to Beverley Gray, author or “Seduced by Mrs. Robinson: How ‘The Graduate’ Became the Touchstone of a Generation,” about the film’s complex relationship to Jewishness. “It’s important to remember [Mike] Nichols as a very young refugee from Nazi Germany,” Gray says.

The sequel to the Will Ferrell and Mark Walberg-led 2015 family comedy “Daddy’s Home” is here, and at least one of its new stars has said that Jews are responsible for all wars. That’s right baby, Mel Gibson’s back! The Forward’s Jenny Singer bemoans the Australian’s return, writing, “In the dystopian world of ‘Daddy’s Home 2,’ Mel Gibson is a cool sex symbol beloved by children.” Despite these demerits, the film took in a formidable $30 million at the weekend box office, making it the second highest-grossing comedy of the year, after “Girls Trip.” Certainly, this demonstrates the sophistication of an American viewing public able to separate the art from the artist. Speaking of which…

In case you haven’t heard by now, Louis C.K. has confirmed allegations that he has sexually harassed women over the course of his career. C.K., a popular stand-up comedian, created the television shows “Louie” and “Horace and Pete,” and directed the films “Pootie Tang” (2001) and “I Love You, Daddy” (2017), now an immediate film maudit. The Forward’s Dan Friedman grapples with the revelations. “He does not, publicly, say sorry or ask forgiveness from the victims in the statement,” Friedman notes. “I hope that means privately he’s saying a lot of sorry.”

4. Claude Lanzmann revisits the Shoah with “The Four Sisters”

Legendary French-Jewish documentarian Claude Lanzmann is best known for his 1984 film “Shoah,” an epic account of the Holocaust told by those who experienced it. His new four-film cycle, “The Four Sisters,” consists of full interviews with survivors, conducted during that film’s 11-year-long production. Writing for the Mubi Notebook, Richard Porton takes a look at these new works, finding that the quartet, “avoids many of the pitfalls of the often-irascible documentarian’s lesser films by dint of its remarkable self-effacement.”

That’s a wrap on Movie Thursday. More coverage of the seventh art is always forthcoming, including, this week, a look at Nathan Fielder’s highly cinematic conclusion to the fourth season of his Comedy Central show “Nathan for You.”

Daniel Witkin is the Forward’s Culture Intern. Reach him at witkin@forward.com, or on Twitter @dzwitkin