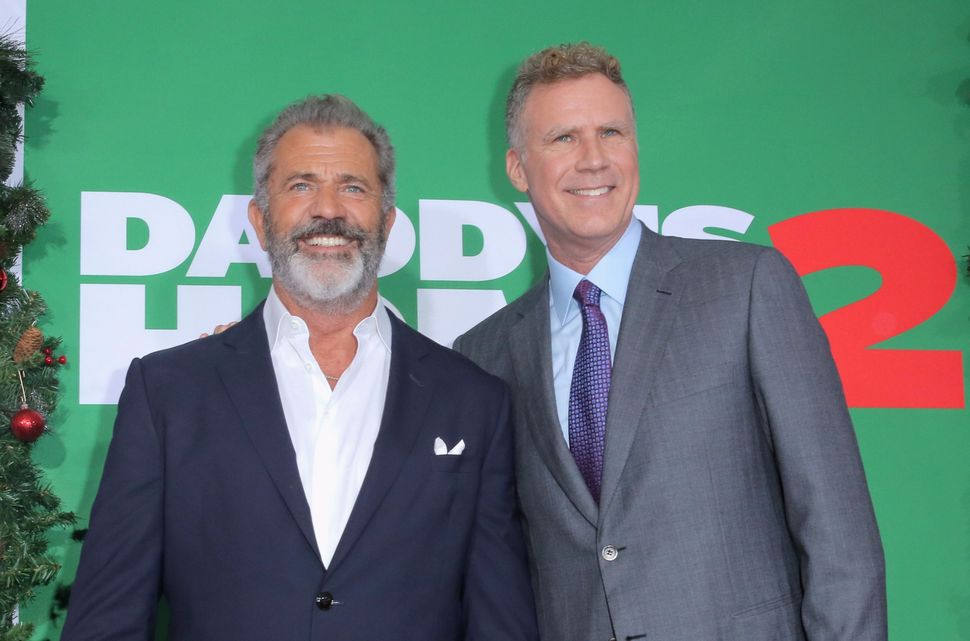 If comedy movies are a chance to escape from your troubles and enter a pleasant fantasy-world of laughter, “Daddy’s Home 2”, premiering today, may be a mistake.

The film, starring Will Ferrell and Mark Wahlberg as co-parents, with Gibson as Wahlberg’s rakish father, cost seventy million dollars to make. Trailers and press for the film, which Ferrell describes as a “family PG-13 comedy”, portray Gibson’s character as a sexy, masculine grandfather with swagger to spare.

In what world? In what world is seventy-million dollars spent on a Christmas movie sequel that is released in November as a vehicle for Mel Gibson’s sex appeal?

“He’s beautiful,” Ferrell’s character moans in the trailer, watching Grandpa Gibson toss his leather bag over his shoulder with a debonair grin. In the dystopian world of “Daddy’s Home 2” 61 year-old Mel Gibson is a cool sex-symbol beloved by children.

What have the American public done that’s so evil that we deserve this?

Is it giving chance after chance to a man who has always maintained a perfectly balanced trifecta of anti-semitism, racism, and homophobia?

To be fair, Gibson’s famous comment that “the Jews are responsible for all the wars in the world” was decades and decades ago (2006.) And Gibson only said it because he had consumed a chemical compound scientists still have very little understanding of, alcohol. Plus, just last year, Gibson pointed out that bringing up his quote is kind of “annoying”, adding, “I was recorded illegally by an unscrupulous police officer who was never prosecuted for that crime”. (But if the police officer hadn’t released the recording, how would we have all learned the truth about Jews?!?)

So maybe Mel Gibson deserves the chance to delight us again. Will Ferrell certainly thinks so. “I think this was kind of a fun thing for him to step outside, be on camera after having an absence for a while,” said Ferrell. “I think if he chooses to do more of that, he’s going to be more than back.”

It’s hard. It’s hard to resist a sequel starring exclusively white men with the word “Daddy” in the title that asks audience members to stoke their very stale sexual interest in Mel Gibson, especially one month and fifteen days before the international celebration of Jesus’ birth.

But let’s help each other hold off, and hope for better things. There’s always a chance that Charlie Sheen will star in “Daddy’s Home 3.”

Enjoy thinking of Mel Gibson as your “daddy” here: