Movie News: Isaac Babel, James Franco, And The Best Of 2017 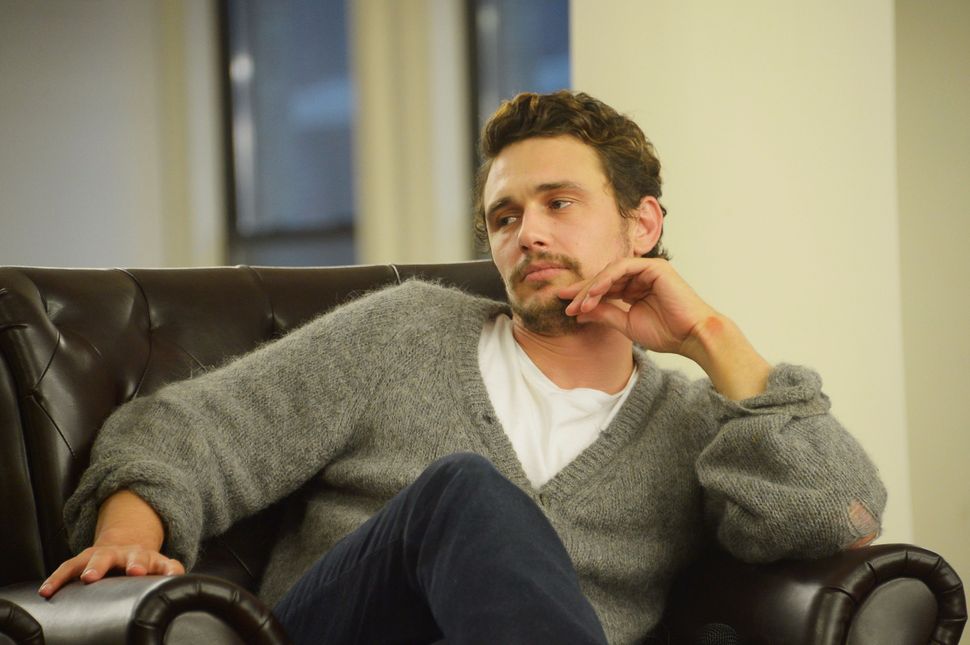 Winter is dark and terrible, but it is also the best time of the year because of the Oscars. From the most handsome actor to the richest producer, everyone in Hollywood dreams of the Academy Awards, and these dreams consist of golden Oscar men holding hands and frolicking with each other in a nude roundelay, like Matisse’s “The Dance.” Yet in waking hours, everyone still needs a way to while away the chill of pointless December. To this end there are movies, and with them: Movie news.

Now available on Vimeo, the new film “Finding Babel” follows Andrei Malaev-Babel’s exploration of the legacy of his grandfather, writer Isaac Babel, across the former Soviet Union. A proud product of Odessa, back when that lively port city was a center of Jewish culture, Babel took a powerfully novelistic approach to the short story, weaving shorter narratives into tapestries of great imagination, autobiographical candor and verbal wit. The writers of the Yiddish Forverts reflect on Babel’s life and his tragic end at the hands of Stalin’s NKVD: “News of Babel’s execution was suppressed. Officially, he was said to have died in a gulag. Lost forever upon Babel’s arrest were many of his manuscripts, including several unpublished novels and dozens of translations of short stories by Sholem Aleichem.”

Having portrayed such complex and iconic artists as Hart Crane and Tommy Wiseau, James Franco’s next project will see him take on beloved Jewish-American poet and children’s book author Shel Silverstein in “A Boy Named Shel.” Talya Zax reports that the film “will be based on the Lisa Rogak biography of the same name. Written by Chris Shafer and Paul Vicknair, its narrative will center on the challenges Silverstein encountered while writing the beloved books ‘The Giving Tree’ and ‘Where the Sidewalk Ends.’”

20th Century Fox has removed “X-Men” director Bryan Singer from the upcoming Freddie Mercury Biopic “Bohemian Rhapsody,” doing so under the “pay or play” provision on Singer’s contract, having cited the director’s “unexpected unavailability” for an interruption in filming. Jenny Singer asks, “is the ‘X-Men’ director just a poor boy who needs no sympathy for the reported chaos he caused on the film set, or was his family medical drama taken advantage of by the studio?”

4. The Picks Start Coming In For The Best Films Of the Year

The year is almost over, which means that critics and publications have begun to humbly submit their choices for the best films of the year. Over at The New York Times, Manohla Darghis likes “Dunkirk,” while A.O. Scott throws his support behind Sean Baker’s “The Florida Project.” England’s Sight & Sound surveyed 188 critics, with Jordan Peele’s “Get Out” coming out as 2017’s top film. In France, Cahiers du Cinema selected David Lynch’s television show “Twin Peaks: The Return” as the year’s best movie a choice that set off a mostly tiresome debate about whether or not Lynch’s follow-up to his beloved 90s series was cinema or television.

Movie News: Isaac Babel, James Franco, And The Best Of 2017