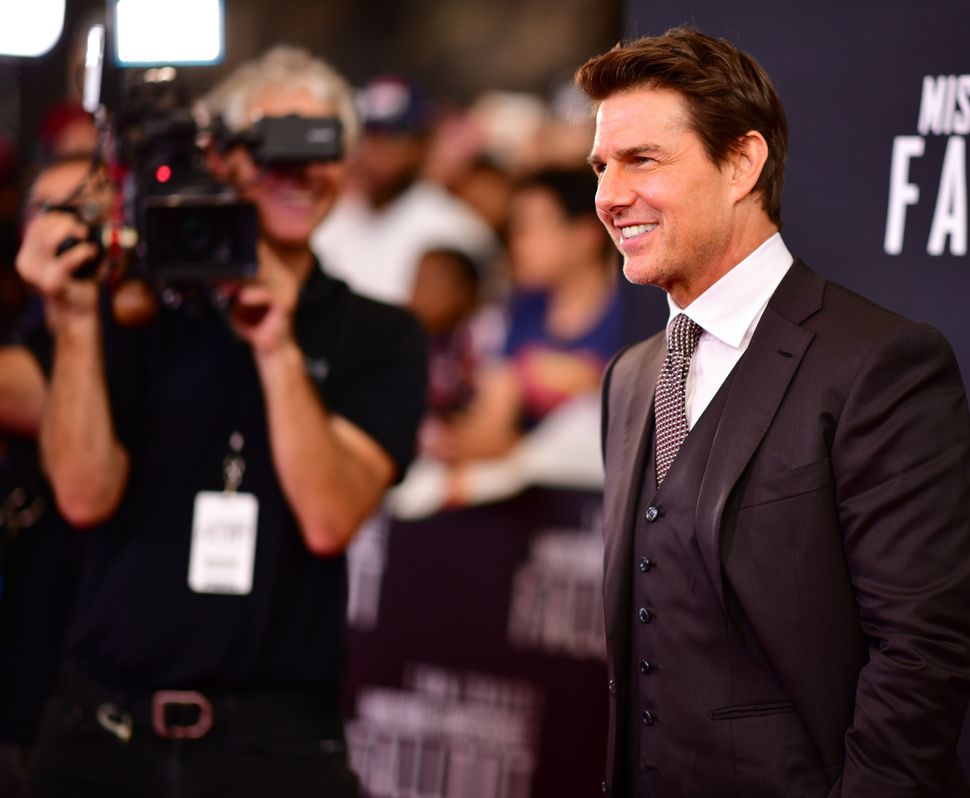 Tom Cruise at a screening of “Mission: Impossible — Fallout” on July 22, 2018. Image by James Devaney/Getty Images

Last weekend, the sixth installment of the “Mission: Impossible” film franchise, “Mission: Impossible – Fallout,” rocketed to the top of the box office. The movies track the travails of Impossible Missions Force (IMF) master spy Ethan Hunt (Tom Cruise) as he hangs from helicopters, brawls on narrow walkways and sprints through cobblestone alleys in a race to save the world from international terror.

The first “Mission: Impossible” film hit theaters in 1996, as the fictional IMF reckoned with its purpose in a post-Cold War world. But the TV series that inspired the motion picture, which originally ran from 1966 to 1973 and was revived from 1988 to 1990, was inseparable from its Cold War context. And many of the people who worked on the show, from its creator to its cast, had a particular stake in the conflict. 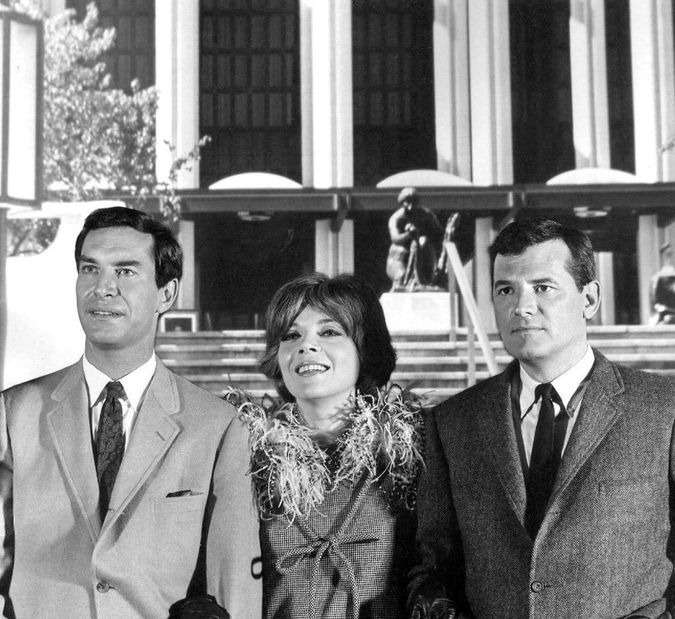 The Jewish producer and writer Bruce Geller said he created the show as an “homage to team work and good old Yankee ingenuity.” At the top of each episode an all-American IMF team “captain” received directions from a self-destructing tape and selected a diverse team for the job, drawing on their unique talents of impersonation, martial arts or sex appeal. But as a truly American enterprise, the casting told an immigrant story. Two of the main actors — Barbara Bain, who played fashion model femme fatale Cinnamon Carter, and Steven Hill, who played de facto group leader Dan Briggs in the first season — were the children of Jewish Russian immigrants. On “Mission: Impossible” Bain, as Carter, had the opportunity to give an unlikely homage to her heritage by playing such zany characters as a blind tsarina.

Hill, who was born Solomon Krakovsky, left “Mission: Impossible” partially because the show’s shooting schedule conflicted with his Orthodox faith, which kept him from working nights on the Sabbath. After his sole season on the show, Hill took a decade-long acting hiatus, disillusioned by TV violence. He would later have the opportunity to bring his Jewish ethics to the small screen as District Attorney Adam Schiff on “Law & Order.” In a 1996 Washington Post interview, series creator Dick Wolf called Hill “the Talmudic influence on the entire zeitgeist of the series.”

With Hill gone from “Mission: Impossible,” Martin Landau, the Bronx-born child of an Austrian Jewish immigrant father who lost family in the Holocaust, assumed a larger role as master of disguise Rollin Hand.

“Bruce [Geller] had written the part for Martin, the sleight of hand, changing faces,” Bain — who was born Mildred Fogel — remembered in a 1992 interview with Skip E. Lowe for his public access show “Skip E. Lowe Looks at Hollywood.” Bain and Landau had both met Geller in an acting workshop in New York some years before, fresh from studying with method acting luminary Lee Strasberg.

Landau, who was married to Bain, wore countless rubber masks on the series and slipped into innumerable accents, but two impersonations must have proven especially challenging. On the Season 1 episode “The Legacy” he was tasked with using Strasberg’s form of the method — which requires an actor to draw on personal experience to connect with their characters — to depict one of his family’s tormentors, Martin Bormann. Later, in Season 2’s “The Echo of Yesterday,” he was made to play the Fuhrer himself.

The show devoted several episodes to efforts to stymie attempts at Nazi revivals in Germany. (References to the Soviet Bloc remained oblique, with the fictional country Ruritania being used as a common stand-in.) Though the threat of Nazis had largely passed, it was clearly still on Geller’s mind.

Landau and Bain left the show after Season 3, but not before Bain won three Emmys for her work on the show. Landau received three consecutive Emmy nominations and won a Golden Globe for playing Hand. Bain recalled her time working with Geller fondly, telling Lowe that Carter “was a dream role.”

In the show’s fourth season, Leonard Nimoy was introduced as a new character known as The Great Paris, a magician-turned-secret-agent, gifted mimic and natural successor to Landau’s Rollin Hand. Joining him was fellow Jew Lesley Ann Warren as the youthful spy Dana Lambert.

“They wanted a much younger image for the new female character; they wanted my freckles to show,” Warren told the AV Club in 2012. Warren departed after one season, looking for roles that were focused more on acting than action. Nimoy followed her.

In 1978, at the age of 47, Geller died when a Cessna Skymaster he was piloting crashed in California’s Buena Vista Canyon. The man who created the series would never see the two-season revival that aired from 1988 to 1990.

Yet the most iconic piece of the franchise remained constant throughout its many incarnations, from original TV show to “Fallout:” The theme music, written by the Argentinian-American Jewish composer Lalo Schifrin.

“[Geller] said to me, ‘I want you to write a theme that’s exciting, promising, but not too heavy. Make some fun out of it,’” Schifrin told NPR in 2015. “‘But at the same time, make it like a promise that there’s going to be a little bit of action.” The earworm certainly proved enduring, and Schifrin even had the chance to conduct it with the Israeli Philharmonic Orchestra for the 1993 album “The Best of Mission: Impossible (Then and Now).”

The new films don’t have much in the way of Jewish actors or themes, but “Mission: Impossible – Fallout” doesn’t totally disappoint. It features a plot to bomb Jerusalem — and a substantial cameo by newsman Wolf Blitzer. The “Situation Room” anchor probably won’t win any acting awards like Bain or Landau did, but it’s nice to see a member of the tribe is still in the mix after all these years.

PJ Grisar is the Forward’s culture intern. He can be reached at Grisar@forward.com