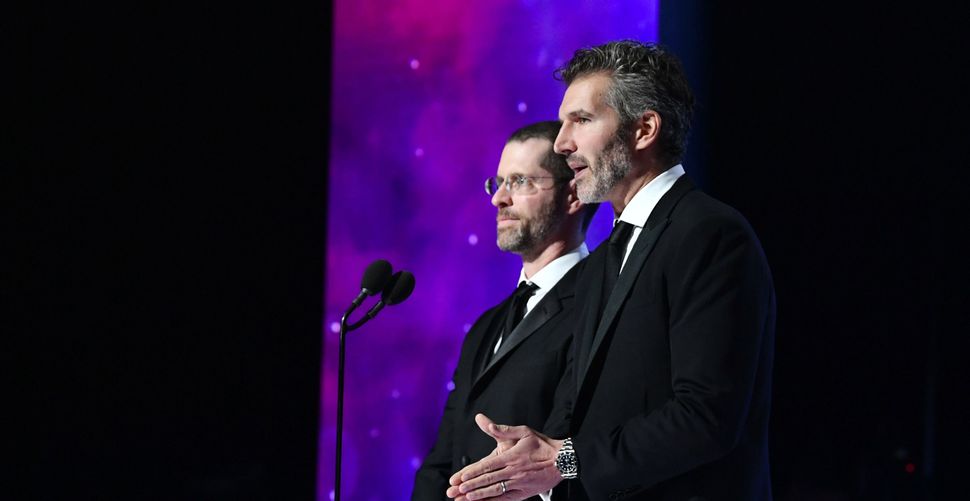 With “Game of Thrones” arriving at an unsatisfying end, fans have been quick to pin the blame on showrunners D.B. Weiss and David Benioff. If the timing of the hit show’s eighth season felt rushed, the character beats unconvincing or the conclusion a bit confused, it makes sense that the pair, who wrote the final four episodes and directed the last, should be the ones held to account.

But what if Weiss and Benioff were responsible for a far more grievous cinematic sin — one so egregious that HBO rushed to remedy the mistake?

I speak, of course, of the rogue Starbucks cup.

Eagle-eyed fans spotted the white cup in “The Last of the Starks,” the eight season’s fourth episode, during a celebratory feast. The Forward immediately reeled at the implications: If Starbucks exists in Westeros, then so must Jewish CEO and regrettable presidential contender Howard Schultz.

Actress Emilia Clarke, who was seated close to the cup in the shot, has just revealed what might be the cause of its unfortunate inclusion.

In an interview with The New Yorker’s Sarah Larson, Clarke, who plays the dragon-riding conqueror Daenerys Targaryen, named names for the error.

“[Y]ou know who I could actually quite happily blame?” Clarke asked Larson. “Did you notice some quite familiar-looking extras in that particular scene?”

“There are two people who look slightly like a Metallica tribute band,” Clarke said, “and they are our showrunners and writers, David Benioff and Mr. Dan Weiss.”

“Most people were laughing at their terrible handlebar mustaches rather than looking at anything that was on the table,” she added. “When I was watching it, I was too busy laughing at their hilarious return to acting. So there are many excuses for the coffee cup for you. Pick whichever one you’d like.”