In ‘Tehran,’ an agent caught between Iran and Israel can’t find her way home 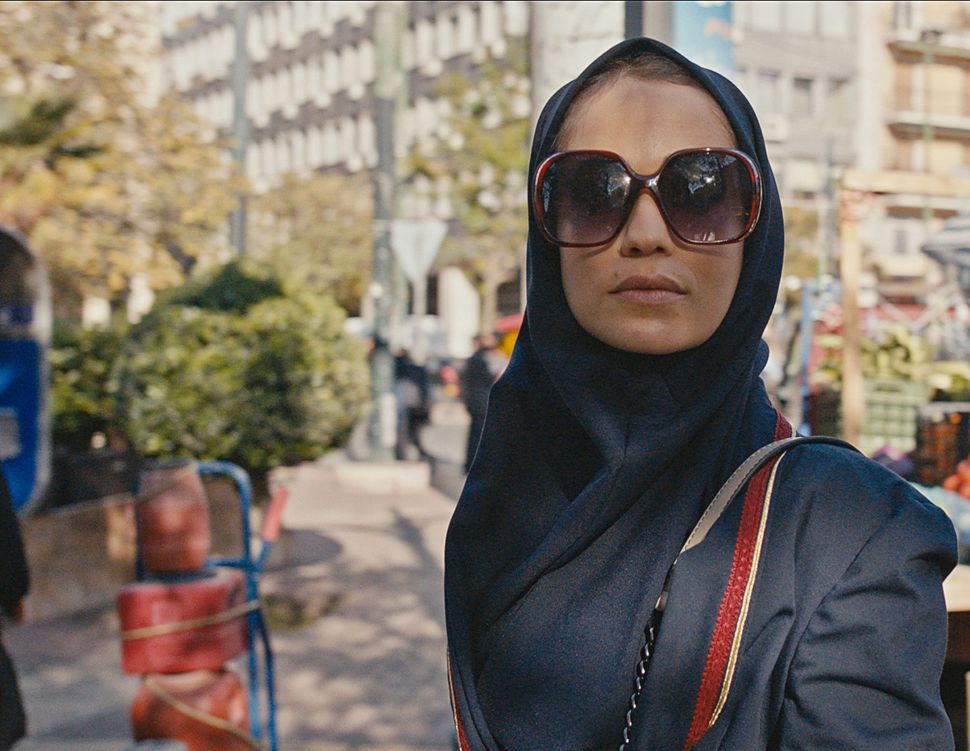 In an early episode of the spy thriller “Tehran,” a Mossad agent makes a house call.

Yael Ashrafi (Liraz Charhi), the handler of hacker and series protagonist Tamar Rabinyan, pays a visit to her Mr. Rabinyan. She wants to know if Tamar might still have family in Iran and if, after ditching a reckless contact in the capital, she might be hiding out with them.

Lingering by a side table, Yael spies a framed photo of an Iranian cityscape: “One eye looks out to Jerusalem, and the other to Isfahan,” she says.

That familiar adage is an encapsulation of where many Iranian-Israeli Jews live — between a nostalgia for the pre-revolution world of their original home, and the pragmatic decision to relocate to the Jewish State after the Ayatollah came to power. In the series, now on Apple TV+ after a hit run in Israel, the phrase pins an ever-present subtext to Tamar’s shifting aliases, which include both a dutiful Muslim wife and a young woman with dissident leanings. None of these disguises fit, which is itself fitting, since her true self is divided.

Tamar (Niv Sultan, superb in Farsi, English and Hebrew) was born in Iran, but she left as a child. The only reason she finds herself stranded in the country – where she faces no uncertain danger – is due to the missteps of others. What was supposed to be a quick hacking operation to shut down Iranian radar and anti-aircraft guns for a stealth attack on a nuclear reactor, becomes a nervy excursion between conservative culture and the drug-fueled, anarchic demimonde of an underground youth commune.

Unlike “Tehran” co-creator Moshe Zonder’s characters in “Fauda,” Tamar is prodigiously careful. Whenever she defies orders, she does so to keep her cover or to spare innocents who she’s put at risk. When Tamar does come close to accidentally revealing her identity, it is often the result of a cultural misunderstanding, like when she gives a thumbs up to a guard at a security checkpoint (she’s unaware that, in Iran, it’s the equivalent of the middle finger).

The tragic irony is that this culture is her own — or would have been, had the regime not hardened to a point where it’s hazardous to be a woman there, never mind a Jewish one.

Yet what is striking about the show is how rosy the idea of Iran and its people sometimes appear. Zonder has stated this was by design and that the series is meant to serve as a kind of counter-propaganda for Israeli perceptions of the Islamic Republic.

While conditions are never painted as anything but bleak and brutal, as Arash Steele noted in these pages, the main villain of the series, Iranian intelligence agent Faraz Kamali, (Iranian-American Jew Shaun Toub) is unaccountably inclined towards mercy in a way his Israeli counterparts aren’t.

The series creators desired to craft a multi-dimensional “bad guy,” from a savage instrument of the regime. But the show’s most winning argument for reevaluating Iran comes from the words of former nationals who already have a kinship with Israeli viewers.

“They’re good people, Iranians,” Tamar’s father, Mordecai (Alex Naki), says during Yael’s visit to his home in Bat Yam. “It’s a tragedy, what happened to us. You know, we should have resisted those Muslim zealots.”

Later, Mordecai speaks of the pain of exile, a choice made for his daughter’s sake 15 years after the revolution. Yael, herself an immigrant who left at 16, tells Tamar, who left at 6, that she only ever felt like a foreigner in Israel.

What that true identity is remains oblique. Tamar is painfully aware that she is Israeli and at risk because of it. So while Yael offered this advice to keep Tamar focused on her Israeli mission, the true injunction may have been to remember her roots in Iran.

That the reminder is needed, and doesn’t feel redundant, underlines one of the show’s failings. While it works effectively as a thriller, painting Tamar into constant, white-knuckle corners, its natural arc of connecting her to her Iranian heritage misfires. Tamar does form relationships with the people she meets, but the culture the show presents is too rigid in its extremes — either stern and unforgiving theocracy or reactionary free love and drugs — for her to click into.

With another season, this may change, yet the show is still at cross purposes, not understanding what in Iran is worth preserving beyond its oppressed citizens. If the goal was a cultural bridge, focusing on the people is a lot, but somehow not enough. The nation’s most redeeming factors — the ideal insisted upon by many so many of the characters — belong to the lip service of the distant past. The liberal strides made in the Shah’s Iran are only glimpsed from the rearview. The elders remember and lament what has gone and may never be recovered, while Tamar was born long after its better days. And yet there are places where the facts on the ground are less abject than they appear, and that the show would do well to seize on moving forward, as it strives to unite Tamar with her true, multifaceted identity.

It turns out Yael’s instincts were right. Tamar does have a relative in Iran, someone still rooting her to the place.

The relative, an aunt, is not one of the country’s over 8,000 Persian Jews — many of whom feel secure, if unsettled by antisemitism from clerics and politicians there — but a Muslim who converted and hid her identity when she married. The main issue was not her initial Jewishness (Muslim men may marry non-Muslim women in Iran), but her ties to Israel through Tamar’s parents. Watching “Tehran,” you may never know Iran has the second-largest Jewish population in the region after Israel, but you will certainly pick up on the fact that a connection with Israel is enough to make one an enemy of the state in Iran.

After Tamar invokes the line, often said by her grandfather, “One eye looks out to Jerusalem, and the other to Isfahan,” her aunt (Esti Yerushalmi) tells her, “I chose to keep one of them closed.” She had to.

Tamar’s other eye is opening to Iran. But will she ever make it home?

In ‘Tehran,’ an agent caught between Iran and Israel can’t find her way home