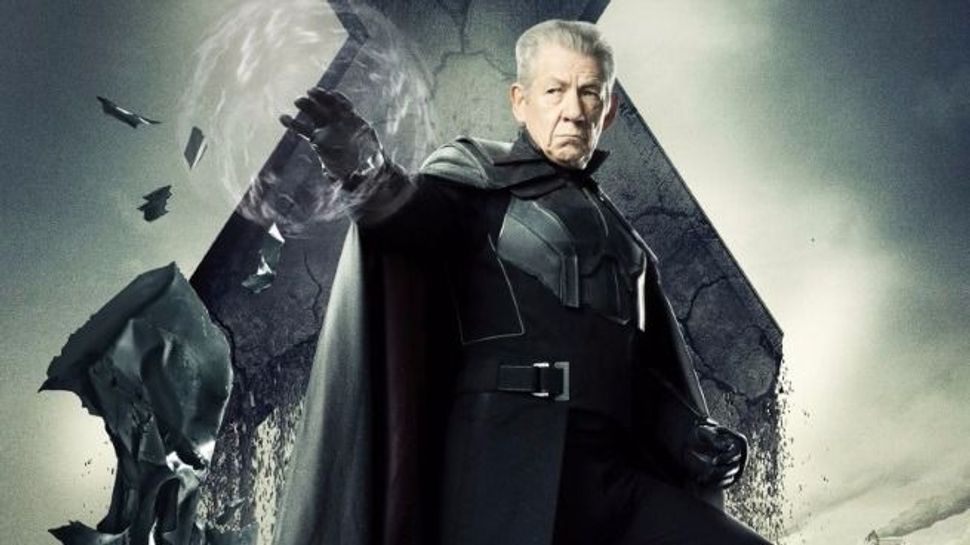 In the long-running comic book series “The Uncanny X-Men,” a string of genetic mutations gives birth to a sub-species of humans endowed with super powers. The mutants strike fear in political and military leaders, who worry that this new breed will supplant its genetic predecessors.

This alternate reality forms the basis for two movies, “X-Men” and its current sequel “X2: X-Men United,” both smash hits at the box office. But some comics offer more than just clashes between make-believe heroes and villains; they can present us with a paradigm for real-life conflicts plaguing humanity.

A stretch? Bear with me.

Just as “Superman” has been deconstructed for decades as a rendering of the golem myth, the X-Men films can be interpreted as a metaphoric battleground for two radical theological responses to the Holocaust — one belonging to Rabbi Irving “Yitz” Greenberg, the other to the late Rabbi Meir Kahane.

The mutants are split into two camps. The good-guy mutants, known as the X-Men, are led by the wheelchair-bound Charles Xavier, aka Professor X (played by Patrick Stewart), the founder of a school for mutants and a powerful psychic with an ideological — and physical — resemblance to Greenberg. While the professor remains dedicated to coexistence between mutants and non-mutants, his nemesis and lifelong friend Erik Magnus Lehnsherr, aka Magneto (Ian McKellen), is convinced that a war between the two groups is inevitable. He leads the Brotherhood, a band of renegade mutants who share his fatalistic — i.e. Kahanist — views.

In the first film, a Joseph McCarthy-like senator attempts to pass a bill requiring the registration of all mutants. For Professor X, this is cause for redoubled efforts to improve relations and understanding between mutants and non-mutants. Magneto, as a Jewish Holocaust survivor who lost his family in the camps, sees things differently. He is certain about where all bigotry and hatred lead: to Auschwitz — and, in his science-fiction world, “Never Again” means launching a pre-emptive war before the humans have a chance to kill off the mutants.

Both films are packed with a barrage of special effects and elaborate plot twists. But, thanks to a string of creative decisions by director Bryan Singer, the movies never stray far from the fundamental moral question dividing the two mutant leaders: Does their power obligate them to seek peace with the rest of humanity or entitle them to wage war at the first sign of human hatred?

Like Professor X and Magneto, Greenberg and Kahane are progenitors of dueling ideologies that emerged in the shadow of World War II. For each of these Orthodox rabbis, the Holocaust demanded a reassessment of the relationship between Jews and the non-Jewish world.

Before he was gunned down in New York by an Arab assassin in 1990, Kahane coined the phrase “Never Again,” founded the militant Jewish Defense League and argued for the forced transfer of Arabs from Israel and the territories. Ordained at the ultra-Orthodox Mir Yeshiva in Brooklyn, Kahane also earned graduate degrees from New York Law School and New York University. In 1971, he immigrated to Israel, where he founded the Kach Party and, in 1984, was elected to the Knesset. With polls showing Kach poised to make big gains four years later, the Knesset banned the party on the grounds that it espoused a racist ideology.

Kahane insisted that Jews could only achieve national salvation through an increased faith in God, demonstrated by a willingness to strike hard at their enemies and isolate themselves from the non-Jewish world. Kahane sanctioned Jewish violence against Arabs, in a theological challenge to the commonly read view of the Torah, which repeatedly commands the Israelites not to oppress the stranger, because they themselves were strangers in Egypt.

Greenberg, who taught at Yeshiva University, received rabbinic ordination from Yeshiva Beis Yosef and earned a doctorate in history from Harvard University, formulated his own revolutionary, some say equally blasphemous, post-Holocaust theology. Greenberg argued that God’s failure to stop the Holocaust represented an abrogation of the divine covenant with the Jewish people. As a result, according to Greenberg, Jews can no longer rely on God to intervene; they must assume full responsibility for their own protection and for perfecting the world. And when the use of force is required, Greenberg argued, Jews must operate according to a moral standard that takes into account the suffering of non-Jews.

What has emerged in the past generation is a polarity between two philosophies, embodied by the two rabbis: one who insisted that living in the Holocaust’s shadow obligated the Jewish people to apply a heightened moral calculus when exercising Israeli military force, and another who argued that the annihilation of European Jewry justified the unbridled use of this newfound power. Tension between the Greenberg and Kahane worldviews has lurked beneath the surface of debates over American Jewish life and Arab-Israeli relations for a generation.

Until recently, the choice seemed for many as morally clear as the message at the ending of the first “X-Men” movie. In the final scene, Magneto, whose special power is the ability to manipulate metal and magnetic fields, has been imprisoned by the government in a plastic jail cell, where he plays chess with Professor X, who has come to visit.

During the match, Magneto asks, “Doesn’t it ever wake you in the middle of the night, the feeling that some day they will pass that foolish law, or one just like it, and come for you and your children?”

“It does, indeed,” the professor concedes.

“What do you do when you wake up to that?”

“I feel a great swell of pity for the poor soul who comes to that school looking for trouble.”

In response, Magneto mocks the professor’s “continuing search for hope,” and warns: “The war is still coming… and I intend to fight it — by any means necessary.”

Without a moment of hesitation, the professor responds with the movie’s final line: “And I will always be there — old friend.”

Magneto is behind bars, with his message seemingly discredited — a triumph, as it were, of Greenberg over Kahane.

But in “X2,” this certainty is shattered. The senator is replaced by a maniacal military scientist who comes within seconds of executing a plan to kill all of the mutants. Magneto’s fears have been validated.

The sequel ends with Professor X extending an olive branch to the president of the United States, but packaged with a subtle warning. “The next move is yours,” the professor says, to which his most menacing disciple, Wolverine, quickly adds: “We’ll be watching.” Magneto is absent from the second film’s final scenes; the X-Men are now more fearful of the threat posed by humanity than that of mutant adversaries. The shift eerily mirrors real-world developments.

Since the release of the first “X-Men” film, the intifada erupted, the World Trade Center was destroyed and the world has descended into an ever-increasing state of violence and uncertainty. Suddenly, Kahane’s fundamental assumptions about — if not his solutions for — a world at war and a clash of civilizations seem ch harder to dismiss out of hand.

But even now, when Kahane has never seemed more prescient, it is not clear that any path other than Greenberg’s can produce a better lot for all humanity.

In his 1988 essay “The Ethics of Jewish Power,” Greenberg invoked a talmudic dictum to argue that “lashing out with full force in frustration at all who stand in our way in the hope of knocking them out with one big blow” will only make things worse for the Jewish people in the long run.

“The difference between failure — or suicide — and true resolution often lies in finding the patience to start or persist in policies with no immediate end in sight,” Greenberg wrote. He added, “Patience combined with urgency, persistence combined with openness to the other will ultimately get us there.”

Or, as Professor X says to Magneto, referring to humans: “Don’t give up on them.”

Correction, October 16, 2018: Though he taught at Yeshiva University, Rabbi Yitz Greenberg did not receive his ordination from there.