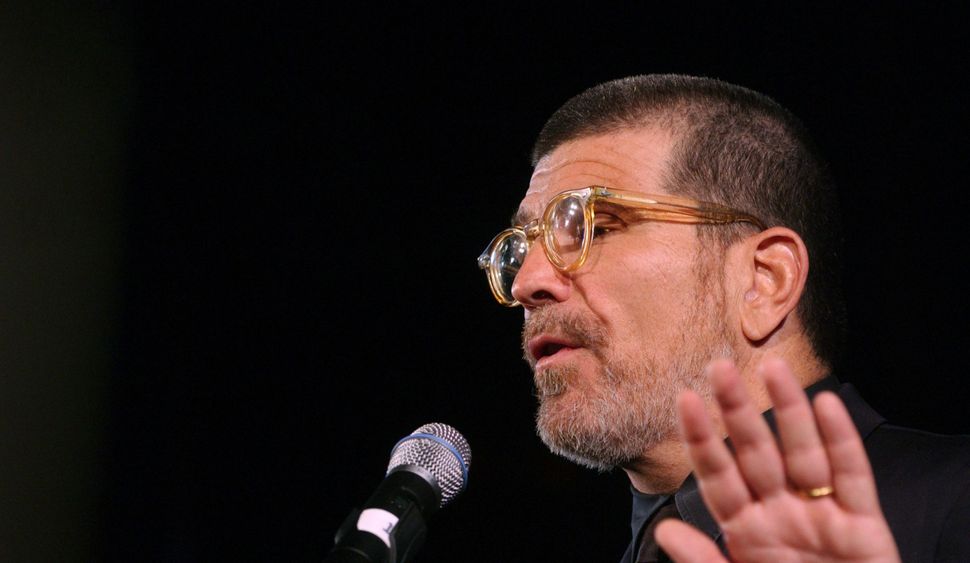 Pulitzer-winning playwright, director and filmmaker David Mamet is very good at a few things. He reinvented the American theater with his roughneck, elliptical and profanity-laden dialogue. He founded the Atlantic Theater Company with William H. Macy and wrote several controversial but influential books on acting and directing. As a political agitator he stirs the pot with the best of them, trumpeting the reasons he is no longer a “brain-dead liberal.” But he’s never been great about sexual politics.

I mean, he’s tried. In 1974’s “Sexual Perversity in Chicago” Mamet tracked the lives of a quartet of young people navigating the muddy waters of sexual attraction, kink and emotional relationships. In 1992’s “Oleanna” he responded to the Anita Hill testimony by plumbing the shifting power dynamics of a student-professor affair. Both of these plays have aged like yogurt in the sun with the coming of the #MeToo era, and critics have been commenting on their shortcomings for some time before it began. But Mamet, who has proven himself to be resolute in spite of negative reception can’t be deterred from giving you his retrograde take on everything from politics to race relations. So, it comes as no surprise, and with a heavy heart, that we inform you he’s been hard at work on a farce inspired by Harvey Weinstein.

The play, “Bitter Wheat” is set to debut in London’s Garrick Theatre this summer with Mamet directing, The Guardian reports, and John Malkovich attached to star. On BBC Radio 4’s Today Program, Malkovich (who, for what it’s worth was also in Louis CK’s jettisoned opus “I Love You, Daddy”) acknowledged that some might be upset by the play, which he described as a “ black farce about a very badly behaved movie mogul.” Put in those reductive terms, people might well have reason to take issue.

Should the “bad behavior” of the fictional studio head Barney Fein hew close to the charges faced (and denied) by Weinstein, including allegations of rape, sexual harassment, sexual assault and the use of ex-Mossad agents in an intimidation and blackmail campaign, a comedic gloss doesn’t seem quite kosher.

“A lot of great plays elicit the question: do I laugh or do I cry?” Malkovich told BBC radio. “I think a lot of great comedy exists at the crossroads between pain and farce.”

Already this play elicits a lot of questions, but let’s hold off on calling it “great.”

Malkovich, who collaborated with Weinstein on 1998’s “Rounders,” where the Oscar-nominee debuted his awful Russian accent, took advantage of the press opportunity to distance himself from the disgraced producer.

“They say everyone in Hollywood knew,” Malkovich said. “That’s not true. It was never a topic of conversation any time the name Harvey Weinstein came around with me.”

Details on play’s plot are scarce, but from the blurb in the Garrick Theatre’s copy, it looks like Mamet, a Hollywood insider, is cheekily framing Barney Fein as a kind of mythic La La Land grotesque rather than say, a real person who is alleged to have done lasting damage to more than 80 women.

Fein is “a bloated monster – a studio head who, like his predecessor, the minotaur, devours the young he has lured into his cave. His fall from power to shame is a mythic journey which has been compared to The Odyssey by people who claim to have read that book,” The Garrick states, adding that “Bitter Wheat” is “written and directed by David Mamet in a good mood” and “rips the pashmina off the suppurating wound which is show business, and leaves us better human beings, and fitter to once more confront the horror of life.”

Well, I guess we should be glad Mamet’s having fun with it! This cynical purple prose is certainly promising for the script. And of course, Mamet is truly to be thanked for making us all better people with his art.

Malkovich emphasized that Fein is not meant to directly evoke Weinstein, which is no doubt a load off the minds of the makeup department. Though, if a trailer for the production can be trusted, the play will make use of some ludicrous stomach padding. Fat jokes: never not funny.

“If the idea maybe started as a reaction to all the news that came out in particular about Harvey Weinstein,” Malkovich said. “I think David took the idea from there and went with it.”

In an interview with the Chicago Tribune last February, Mamet announced that he was writing the play and thinking “a lot” about sexual assault in the wake of the Weinstein allegations.

“I have a bunch of daughters, a young son,” Mamet said. “Every society has to confront the ungovernable genie of sexuality and tries various ways to deal with it and none of them work very well. There is great difficulty when you are switching modes, which we seem to be doing now. People go crazy. They start tearing each other to bits.”

Mamet’s Weinstein show, which is unlikely to ease the tensions he sees around him, won’t be first to hit the London stage. Actor Steven Berkoff has succeeded in finding a home in London for his play “Harvey,” a one-man show about the Miramax co-founder that he will direct and star in. The Guardian reports “Harvey” performances begin next month at the Playground Theatre.

West End audiences will have to wait until June for “Bitter Wheat.” Weinstein’s victims are still waiting for justice.