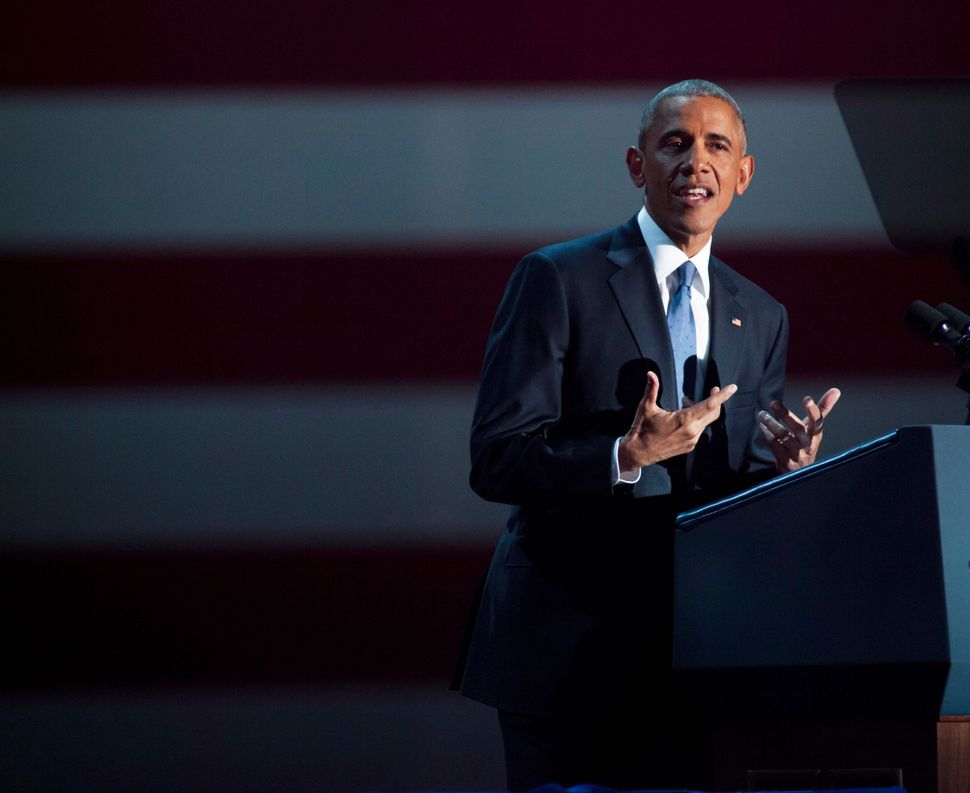 In one of his last interviews in office, President Barack Obama told The New York Times’ chief book critic, Michiko Kakutani, that he thinks Philip Roth and Saul Bellow rank among the greatest authors to explore the experience of being an outsider in the United States.

“Some of the great books by Jewish authors like Philip Roth or Saul Bellow, they are steeped with this sense of being an outsider, longing to get in, not sure what you’re giving up — what you’re willing to give up and what you’re not willing to give up,” he told Kakutani, responding to a question about books he loves that “speak to immigration or the American Dream.” He listed Junot Díaz and Jhumpa Lahiri as similarly evocative on the subject.

Writing about the interview, which explored the impact of Obama’s dedication to reading and writing on his presidency, Kakutani commented that, among presidents, those pastimes held unusual significance for Obama.

“Not since Lincoln has there been a president as fundamentally shaped — in his life, convictions and outlook on the world — by reading and writing as Barack Obama,” she wrote.