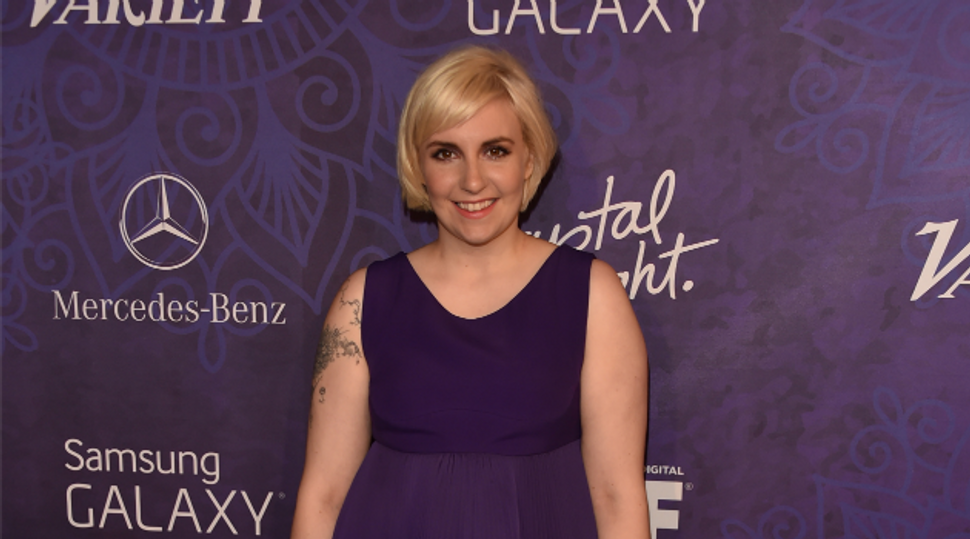 From Chelsea Handler’s rally in Utah to Scarlett Johannson’s speech in Washington D.C., Jewish women across the country are participating in today’s Women’s March.

Lena Dunham has joined protestors in the nation’s capital, and she’s brought along a feminist ally: her mother, Laurie Simmons.

Yes, my mother is captaining that pink bus of art world queens ??? pic.twitter.com/ueafHHMLFO

Simmons, a New York native, is an accomplished artist, photographer and filmmaker, and many of her projects have focused on the role of women in society.

The “Girls” star has been a vocal opponent of President Trump, and filmed a promotional video for Planned Parenthood earlier this week. In addition to retweeting Planned Parenthood’s live stream of the Women’s March on Washington, she explained her own reasons for marching.

So that our daughters will know their bodies are their own. So our sons embody gentle strength. So they can dismiss both labels #WhyIMarch