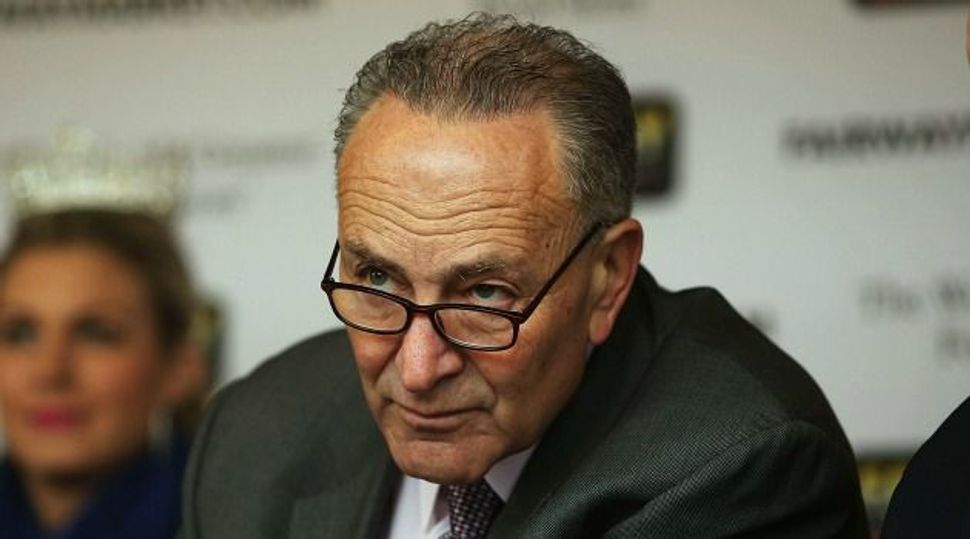 Slogans included “Resist or resign,” “Chuck! Chuck! Don’t sell us out! We need a fighter to knock Trump out!” and “No hate! No fear! Refugees are welcome here!” as the group marched on the New York senator’s home in Park Slope, a few steps away from scenic Prospect Park.

Progressives have worried that Schumer will not take a hard enough line in opposing the White House due to his longstanding image as a Capitol Hill dealmaker. But the senator’s power to stop Cabinet nominees in a Republican-controlled Senate is limited, as the filibuster does not apply to these appointments.

Marisa Kaufman, a Schumer spokeswoman, defended the senator’s record in a statement to the Forward, citing his opposition to many Trump choices.

“From day one, Senator Schumer made it very clear that he had major concerns with at least eight of the nominees in what he termed, the ‘swamp Cabinet’ of billionaires and bankers,” she wrote in an e-mail. “He fought off the Republican effort to bum rush this group through the Senate in one fell swoop, and instead forced a series of hearings to more fully question them and examine their records and their conflicts of interest.”