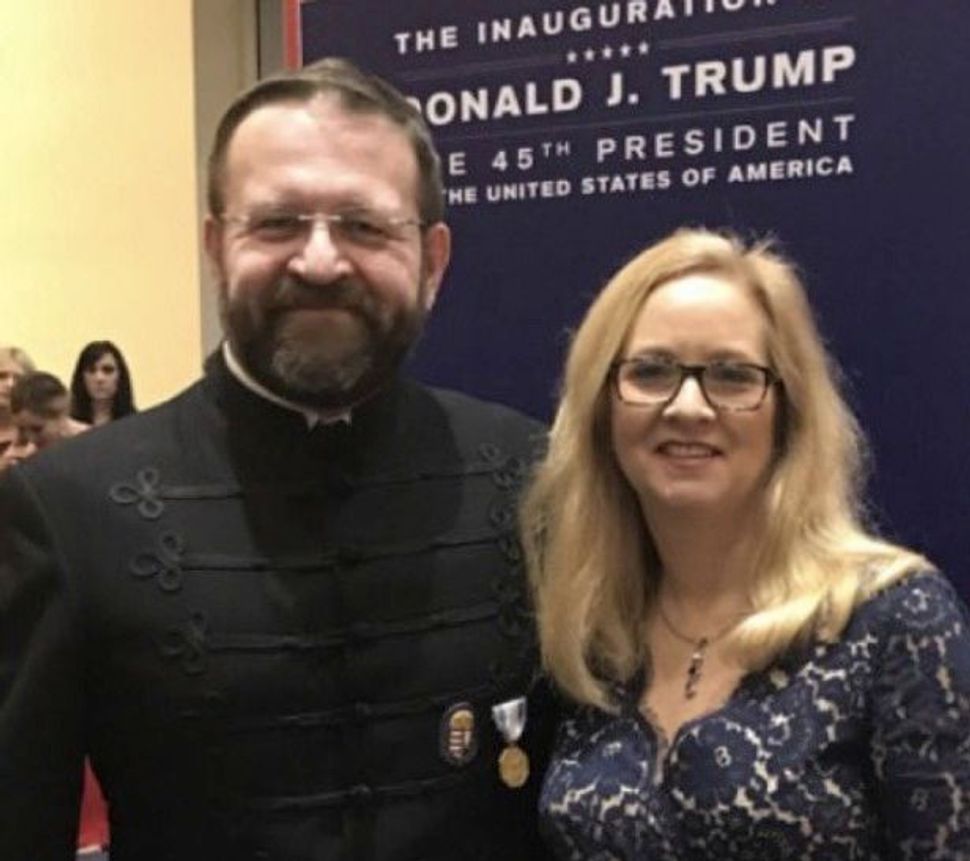 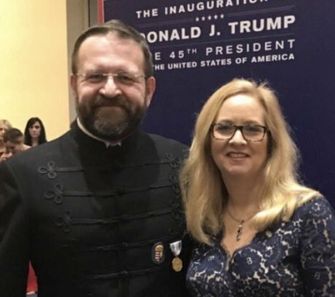 The White House’s omission of Jewish victims from its Holocaust Remembrance Day statement on January 27 raised unanimous objections from the community.

On February 12, Eli Clifton noted on LobeLog — a blog of foreign policy experts — that Gorka had been photographed wearing a medal from a viciously anti-Semitic group of Hungarian Nazi collaborators in World War II.

The vitezi rend was established by Miklos Horthy in 1920. Horthy was an avowed anti-Semite whose group was officially labeled by the State Department as being “under the direction of the Nazi government of Germany.”

On Gorka’s PhD dissertation he lists his name as “Sebestyén L. v. Gorka.” This is a reference to his grandfather’s title from Horthy. Though it’s not clear that the title is in any way heritable, Clifton quotes Eva Balogh, founder of the news analysis blog Hungarian Spectrum and former professor of Eastern European History at Yale University, as saying:

Many supporters of the Horthy regime were enamored by the Nazis and Hitler and the ‘knights’ were especially so. Put it that way, after 1948 one wouldn’t have bragged about his father being a ‘vitéz.’ Lately, however, especially since 2010, it has become fashionable again to boast about such ‘illustrious’ ancestors.