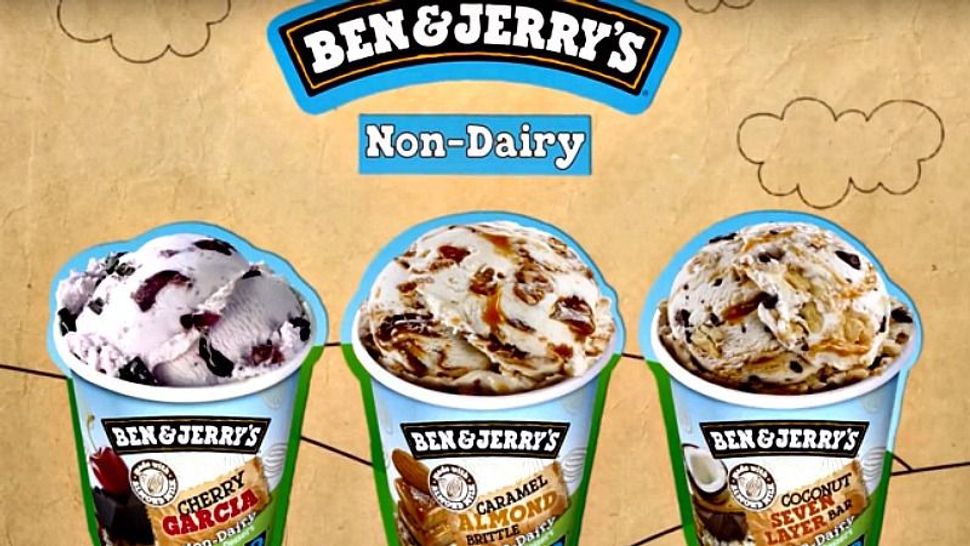 Ben and Jerry’s added three vegan ice cream flavors to their lineup this month, increasing the options available to those who keep kosher or who can’t eat dairy.

The new flavors, Cherry Garcia, Caramel Almond Brittle, and Coconut Seven Layer Bar, join the original lineup of four flavors introduced last year. All seven of the non-dairy flavors are made with a base of almond milk.

The non-dairy flavors are certified kosher and “dairy equipment” by the Kof-K certification agency. Though produced on the same equipment as dairy ice cream, they are not considered dairy so those who keep kosher can grab a spoon after consuming meat.

But don’t be fooled by the vegan halo – with calorie counts of around 250 per half cup, these ice creams are no dieter’s friend.