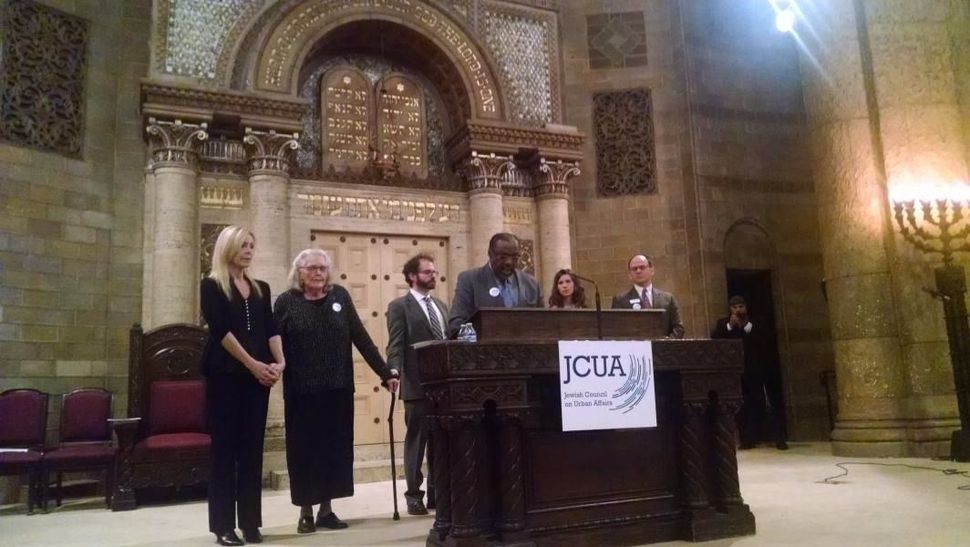 During a community meeting on police accountability in Chicago, a prominent African-American rabbi read the names of individuals killed by the police and chanted the traditional mourners kaddish in Hebrew.

Rabbi Capers C. Funnye, spiritual leader of Beth Shalom B’nai Zaken Ethiopian Hebrew Congregation in Chicago, was speaking at a community event hosted by the Jewish Council on Urban Affairs, where he is also president. More than 200 gathered on Sunday at KAM Isaiah Israel, Chicago’s oldest synagouge, to address police reform and violence in Chicago, according to social media reports.

A member of Funnye’s largely black congregation named Cydney Wallace also took the stage and said she lived in “constant tension” because of police.

Funnye was ordained at the Israelite Academy, a rabbinical school for Hebrew Israelites and is now chief rabbi of the International Israelite Board of Rabbis. Funnye is also cousin to former First Lady Michelle Obama.