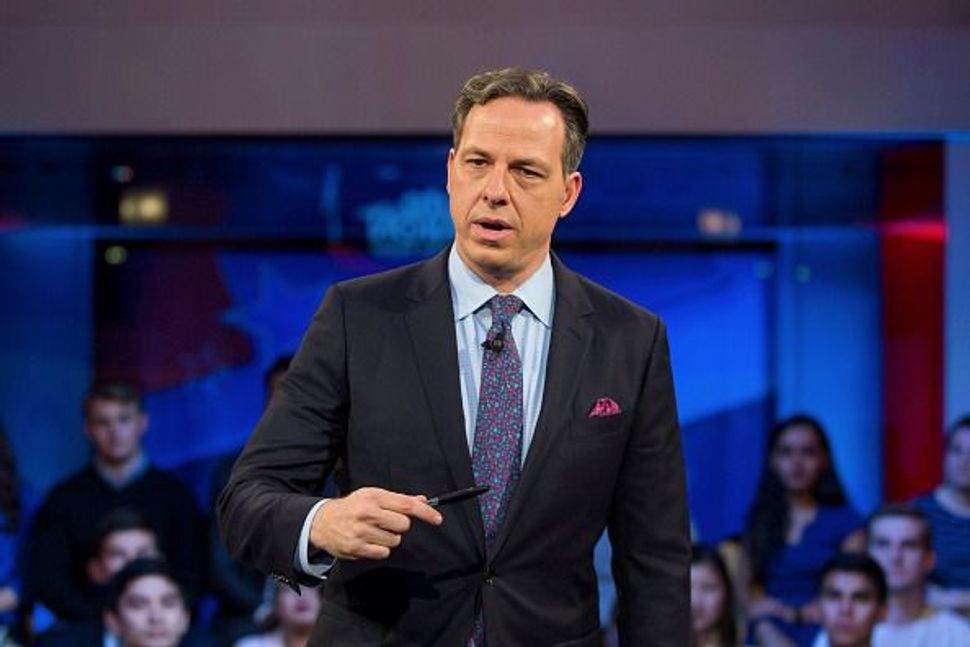 Jake Tapper, the CNN anchor known for his tough questions for politicians, is paying tribute on Wednesday to gold-star families, tweeting out photos of deceased American soldiers with their spouses and children. 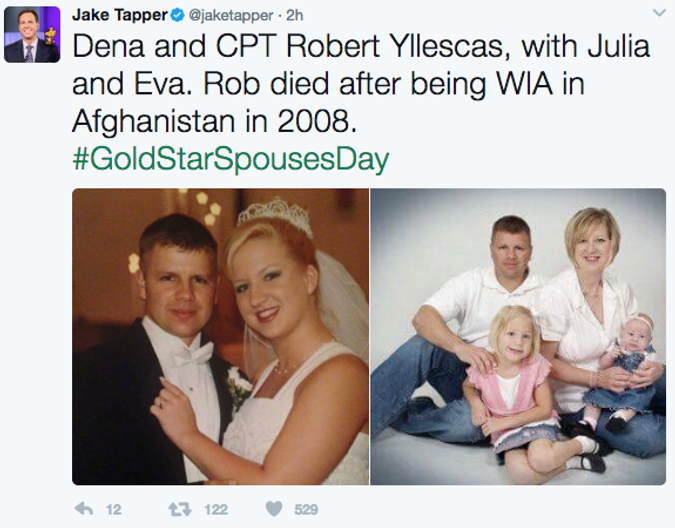 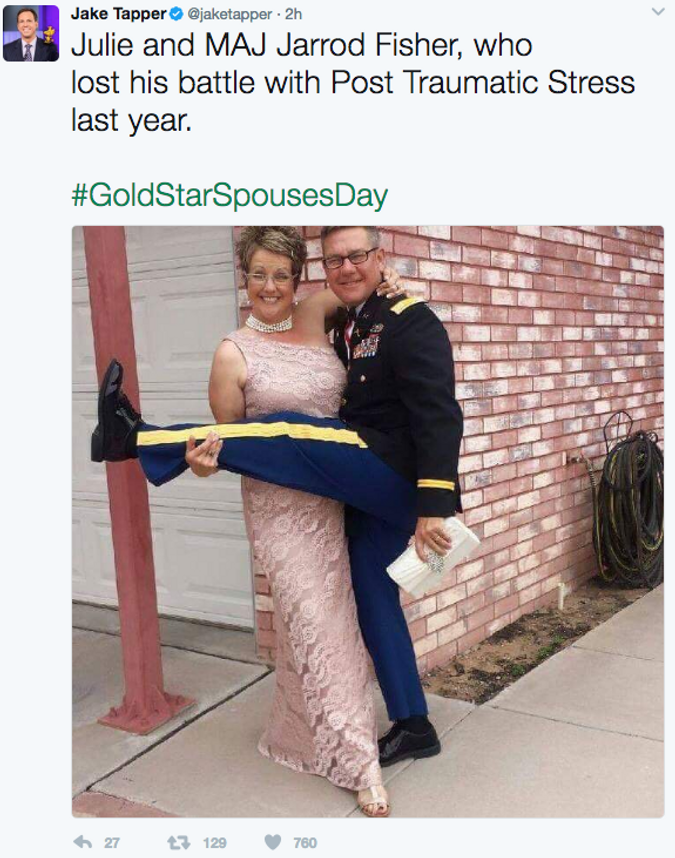 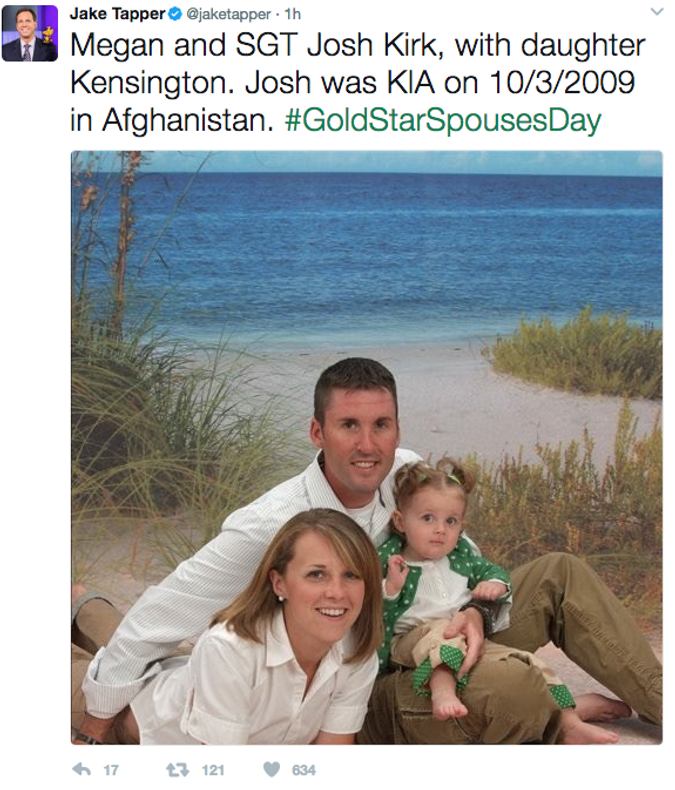 Tapper, who hosts cable’s “The Lead,” is honoring Gold Star Spouses’ Day, which focuses on the needs and concerns of those whose husbands and wives have fallen in combat. In Iraq, 4,426 personnel died in the course of the U.S. effort there, while in Afghanistan the count stands at 2,386 dead Americans.

This isn’t the first time that Tapper has used Twitter to commemorate the dead – in December, he tweeted out the photos of all the students and teachers murdered in the Sandy Hook school shooting in Newtown, Connecticut four years ago.