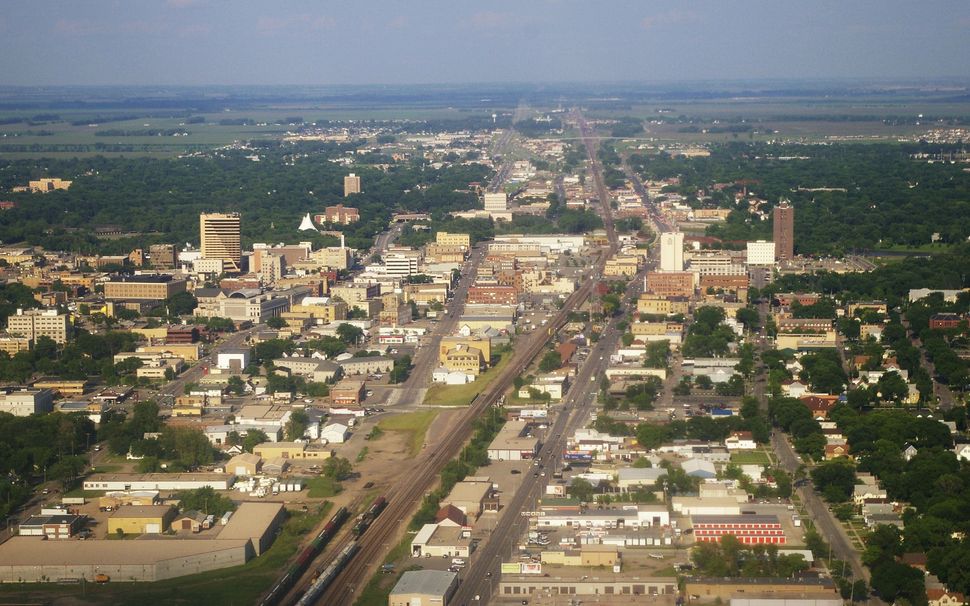 You Betcha: The skyline of Fargo, North Dakota. Image by wikimedia

Incidents spiked by one-third in 2016, with more than 1,200 reported acts of vandalism, harassment and assault. Things got even worse this year, with anti-Semitic events spiking 86 percent in 2017’s first quarter.

Such hate crimes happened in most states, but were most common in areas with large Jewish populations — California had 211 incidents in 2016 and 87 in the new year’s first three months, with New York, New Jersey, Florida and Massachusetts also with more than 100 incidents last year.

Five states came away with a perfect record in both 2016 and 2017: Idaho, Mississippi, North Dakota, South Dakota and West Virginia.

Of course, these states have some of the smallest Jewish populations in the country: Brandeis University’s American Jewish Population Project estimates that the combined Jewish population of those five states is 26,600 — which means they could only half-fill Yankee Stadium.