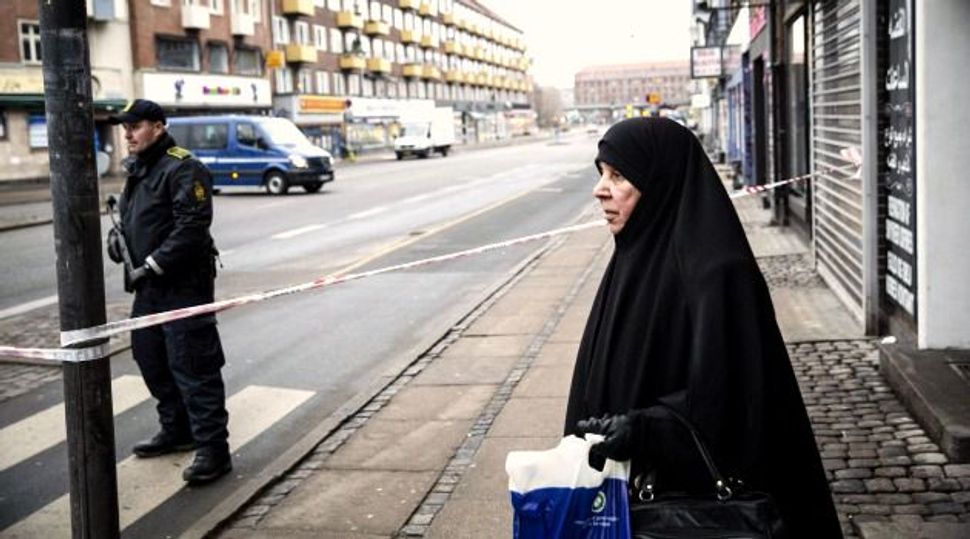 On High Alert: A veiled woman passes by a police officer surveying a street near the site of the Copenhagen shooting. Image by Getty Images

(JTA) — A Danish court convicted a 17-year-old girl of planning to bomb two schools in Denmark, including a Jewish one, using homemade bombs.

The girl, who was not named in the Holbaek District Court on Tuesday because she is a minor, was convicted of “attempting a terrorist act,” which can carry a life sentence, according to reports. She is scheduled to be sentenced Thursday.

A convert to Islam, the teen reportedly expressed sympathies for the Islamic State in posts on social media.

Prosecutors had said she was inspired by the terrorist who killed a volunteer security guard at a Copenhagen synagogue in 2015.