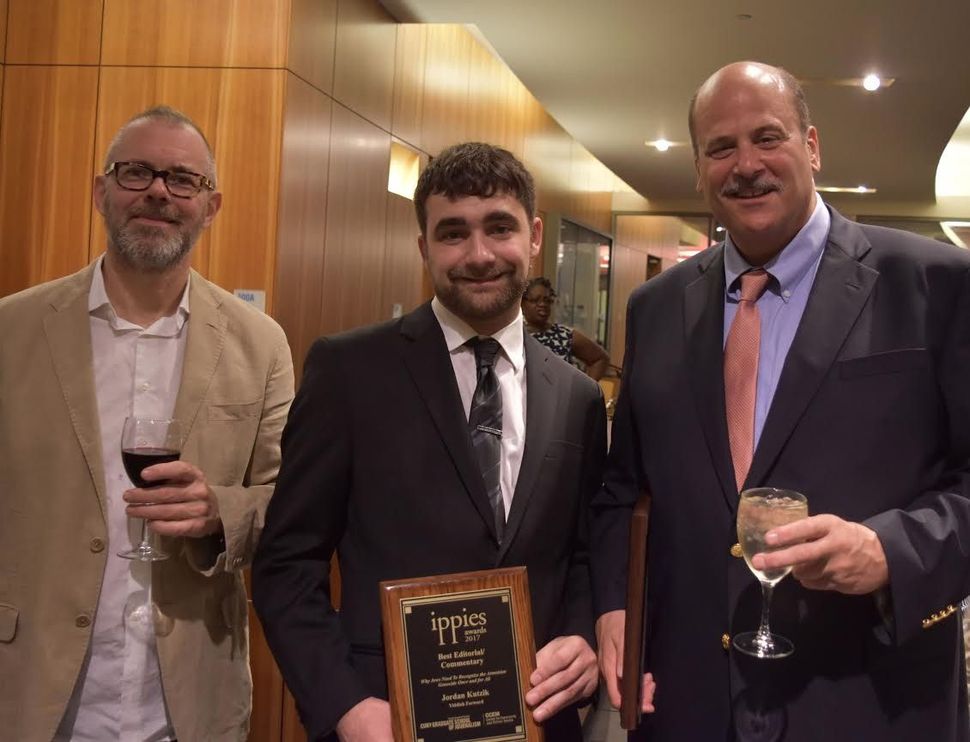 The Forward won three Ippie Awards on Thursday, as the City University of New York’s Graduate School of Journalism recognized the publication for two articles and the quality of its Web site.

Leading the pack was Forverts reporter Jordan Kutzik, who won a first-place award for a Yiddish editorial about the Armenian genocide (translated into English here). Allan Jalon came in third in another category for his essay on the rediscovery of a long-lost, never-screened Paul Newman film. The Forward’s production and design team, led by Kurt Hoffman, got a second-place award for the publication’s top-notch and user-friendly Web site.

The Ippies are distributed by the CUNY school’s Center for Community and Ethnic Media. Kutzik, Jalon and Hoffman will be honored at a Friday night dinner at CUNY.