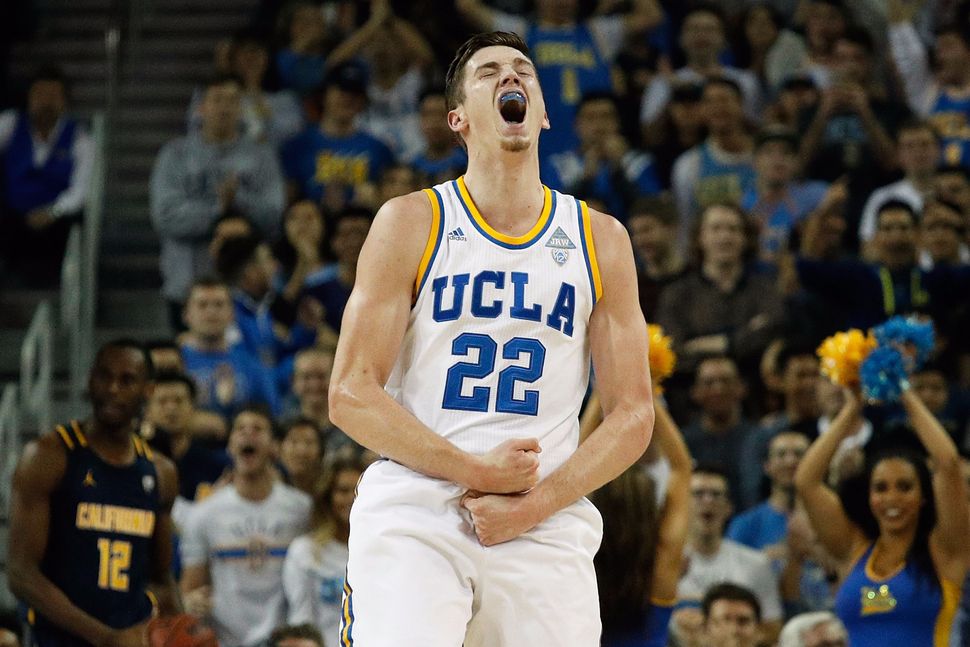 T.J. Leaf the Israeli-born (but not quite Jewish!) former UCLA basketball star was drafted by the Indiana Pacers in the first round of Thursday’s NBA Draft. Leaf was the 18th pick overall.

Leaf, who played on an Israel under-18 national team, was noted by commentators for having a European-style game, including good passing skills and strong shooting percentages at the three-point range — a rarity for a big man like Leaf, who is 6-foot-10.

Leaf told ESPN that his father Brad, who played in Israel on a kibbutz team, gave him some advice on how to act in the NBA: “No. 1, just be a professional about it.”