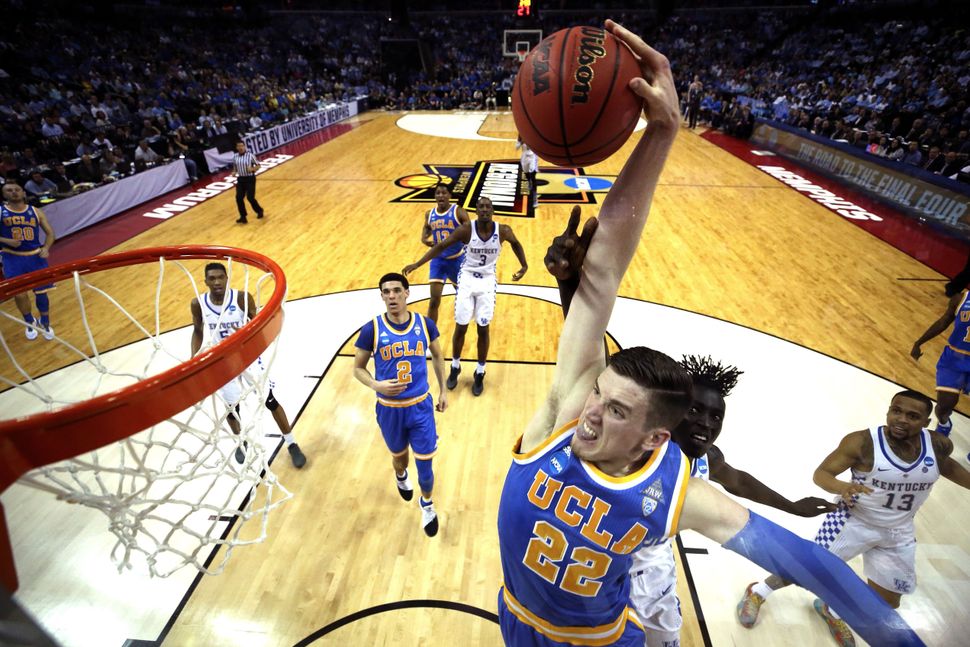 He may not be Jewish, and he may not live in Israel, but we’ll take it: tomorrow T.J. Leaf will become the second Israeli-born player drafted to the NBA, the only one since Omri Casspi 2009. Leaf is expected to go in the middle of the first round of the draft, which is being held in Brooklyn.

T.J. Leaf is the son of Brad Leaf, a basketball player from Indiana who somehow got Israeli citizenship when he went to play for a kibbutz basketball team in the 1980s. What kind of Jewish name is Leaf, you ask? It’s not — Brad, a onetime Israeli MVP, has no Jewish ancestry.

So what does that make T.J., the 6-foot-10 power forward who was born in Tel Aviv? Legally Jewish?

The younger Leaf has spent time in Israel since his family moved to San Diego 1999, playing in the under-18 national team in Europe’s 2015 division B tournament. His success there turned into a spot on the UCLA basketball team, where Leaf averaged 16 points and 8 rebounds a game in his freshman season. He is expected to be picked by either Atlanta, Utah, Indiana, Portland, Denver or Miami.