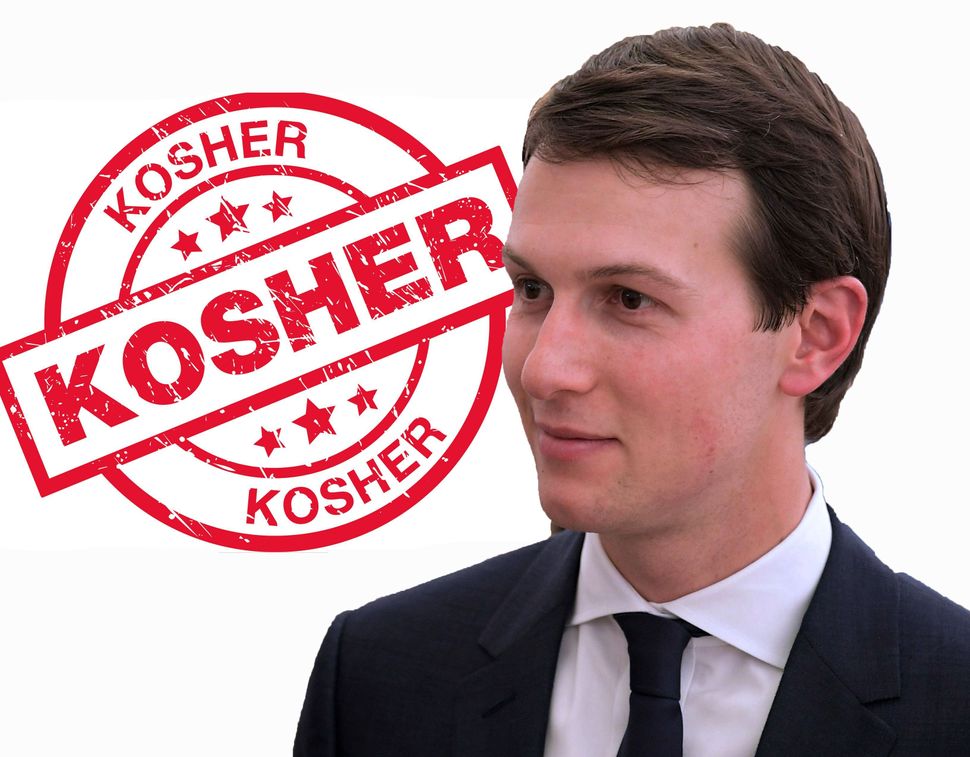 “Manafort and Pres Trump’s son-in-law Jared Kosher met with Veselnitska,” read the Fox and Friends chyron the morning of July 12.

Jonathan Levine, senior editor of Mediaite, pointed this gaffe out in a shared tweet the same morning:

For those curious, Jared Kushner’s Ashkenazi last name comes from the German/Belorussian word for furrier (Kürschner/кушнер) — a person who prepares or deals in furs.

These gaffes happen all the time, to all ethnic groups. So, as Governor Scott Walker would say, “thank you again, Fox, and Molotov.”