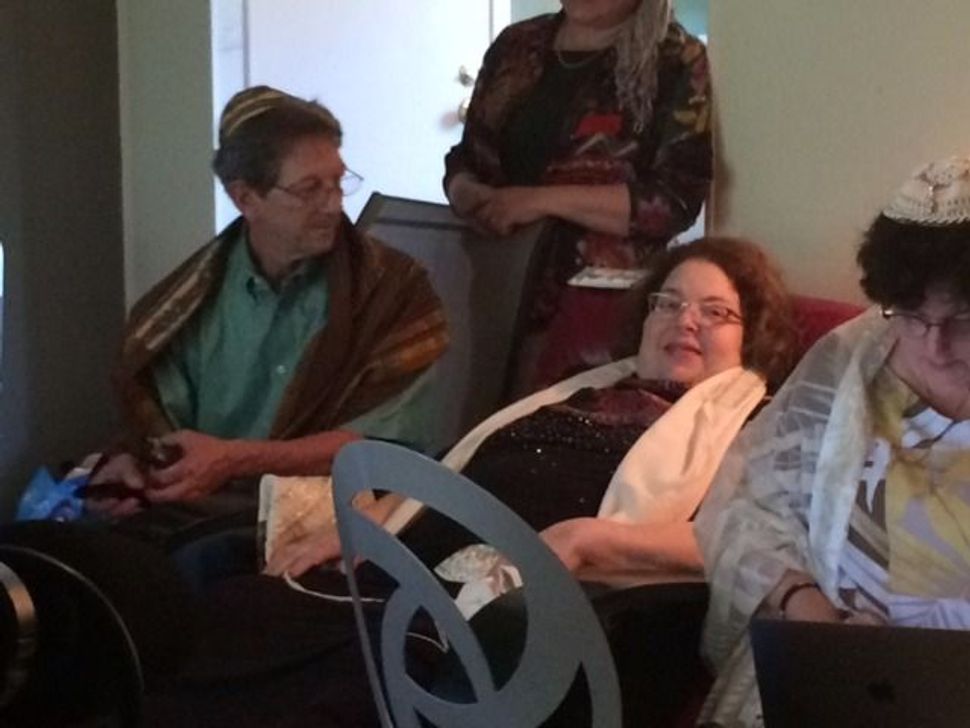 Three weeks after she was ordained as a Jewish storyteller in a living room ceremony, Phyllis Binik-Thomas has died at the age of 63.

Binik-Thomas, who was profiledin the Forward, had completed three years of coursework to become a maggid before she was diagnosed with a fast-moving form of cancer. She passed away on July 12.

Her teachers arranged a ordination ceremony in Binik-Thomas’s living room at which friends, family, fellow pupils and instructors appeared both in-the-flesh and via videoconference.

“She was our big mama. I felt so nurtured by her, and was so taken by how she was concerned for the well-being of all of us,” her classmate Rina Daly said at the ceremony.

“Please speak to us, give us blessings and insights from olam haba [the after-life],” added teacher and fellow maggida Cassandra Sagan.

Binik-Thomas was a long-time Jewish educator, working at both the Conservative movement-affiliated Mercaz High School and before that as education director at the Reform-affiliated Temple Beth Israel, both in the Cincinnati area.

“This was her dream, to be an ordained maggid educator,” Rabbi Goldie Milgram, who performed the ordination, said. “And for us to be able to fulfill it, it felt like love.”