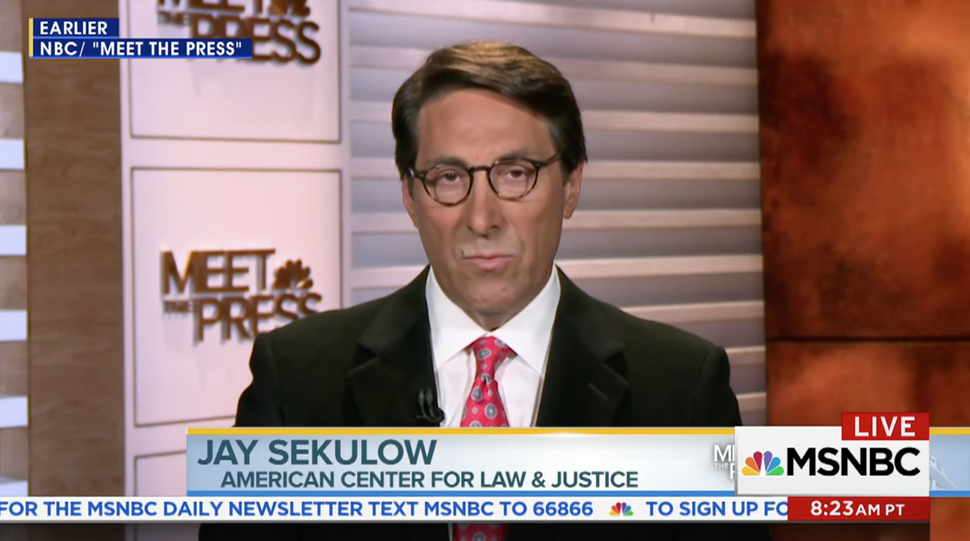 Jay Sekulow, a Messianic Jewish lawyer with a history of promoting Christian right causes in the U.S. and around the world, blamed the Secret Service for allowing the meeting between Donald Trump, Jr., and a Russian lawyer to take place on news programs on Sunday. Sekulow is working on Donald Trump’s private legal team, and often appears on TV as a defender of Trump.

Rinat Akhmetshin, one of the two Russians in the meeting and a former Soviet counterintelligence officer, told Yahoo News, “No one checked our IDs” when he and Natalia Veselnitskaya, a lawyer, walked into Trump Tower for the meeting.

“We literally walked in,” Akhmetshin said.