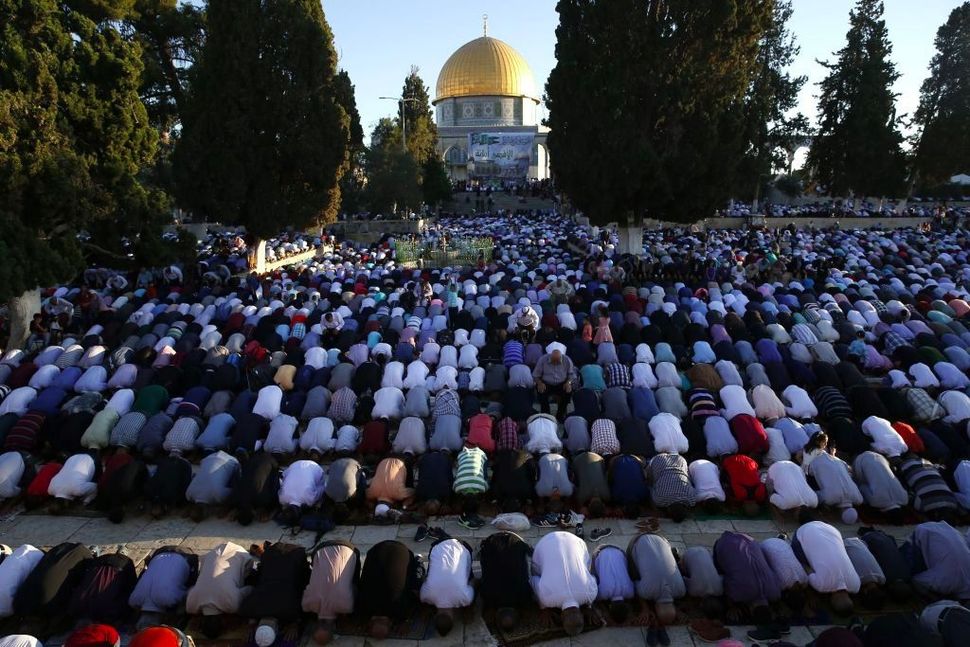 JERUSALEM (JTA) — The Fatah movement called for a “day of rage” in eastern Jerusalem and the Wet Bank to protest new security measures at the Temple Mount.

The call on Tuesday by the party of Palestinian Authority President Mahmoud Abbas to hold the day of rage on Wednesday came after a night in which Muslim protesters against the installation of metal detectors on the Temple Mount clashed with Israeli security forces.

Tanzim, the armed faction of Fatah, also announced that Friday prayers will be held in the centers of Palestinian cities and that the sermons be dedicated to the Al-Aqsa mosque and against the new security measures, Ynet reported.

About 50 Muslim protesters and one Israeli officer were hurt in the violent protests in eastern Jerusalem on Monday night.

Muslim worshipers and the Muslim Waqf, which administers the site, have boycotted the Temple Mount over the new security measures.

Two of the nine entrances to the site holy to both Muslims and Jews were reopened at about noon on Sunday, two days after three Arab-Israeli visitors to the site opened fire on Israel Police guarding the area, killing two Druze-Arab Israel Police officers.