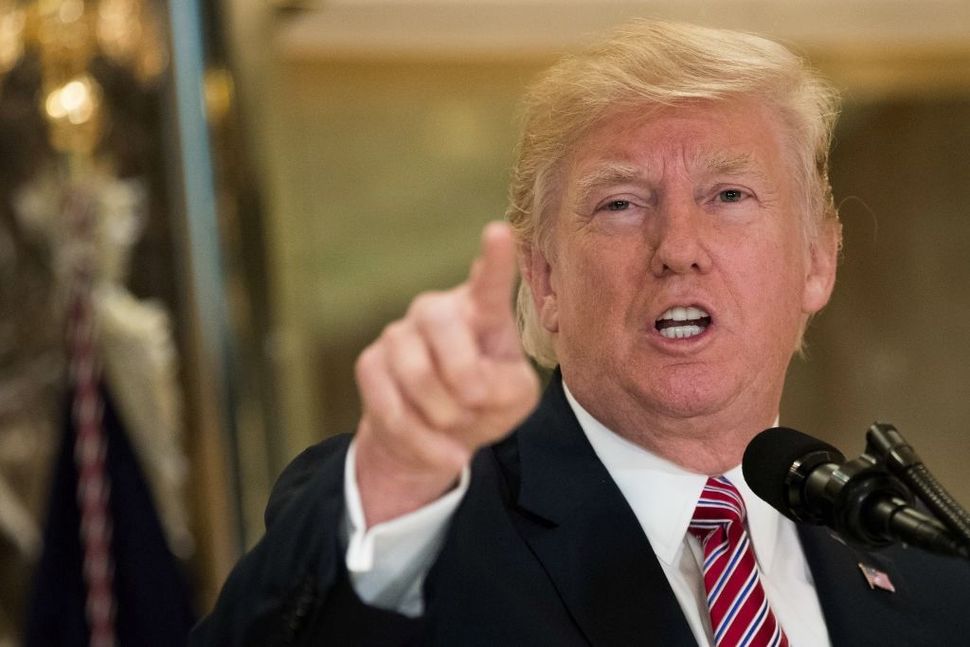 The largest body of Orthodox rabbis in the United States released a statement on Wednesday condemning President Trump’s continued comparisons between white supremacist marchers and counter-protestors in Charlottesville, Va.

“There is no moral comparison,” the president of the Rabbinical Council of America, Rabbi Elazar Muskin, said in a statement. “Failure to unequivocally reject hatred and bias is a failing of moral leadership and fans the flames of intolerance and chauvinism. While as a rabbinic organization we prefer to address issues and not personalities, this situation rises above partisan politics and therefore we are taking the unusual approach to directly comment on the words of the President.”

RCA executive vice president Rabbi Mark Dratch added that their group “call[s] on President Trump to understand the critical consequences of his words. We call on all the leaders of our country to denounce all groups who incite hate, bigotry and racism, while taking action and using language that will heal the terrible national wounds of Charlottesville.”

The RCA had previously been criticized — including in the Forward — for condemning “violence and bigotry” in Charlottesville but not the president’s original failure to condemn it on Saturday (which the organization pushed back on).