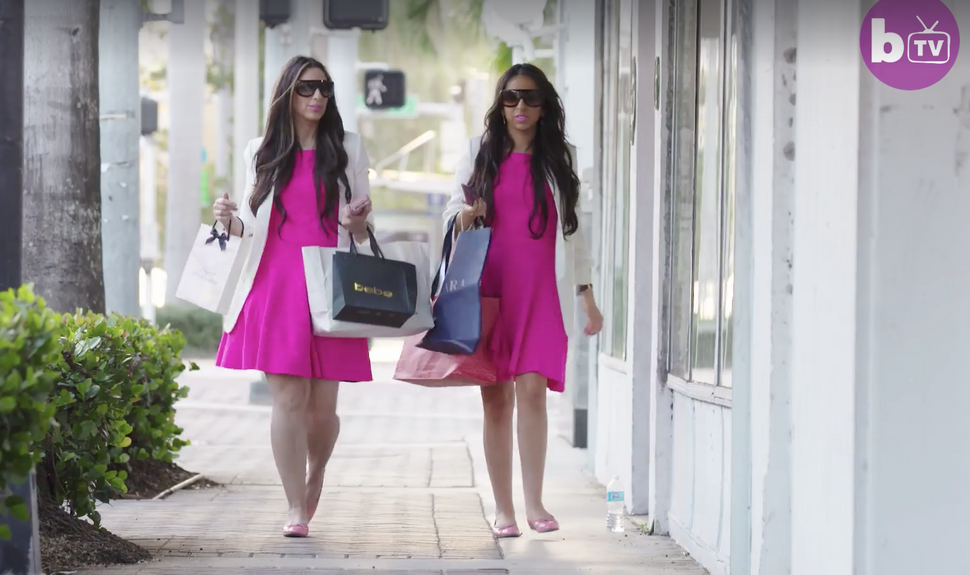 Alongside her partner Sara Shulevitz, Meyer, 26, stars in a Barcroft TV ten-minute reality special. The real-life lawyers have opened a criminal defense firm, the Meyer-Kessner and Shulevitz Law Group in Miami, assisted by a yarmulke-wearing private investigator named Simon Hamer.

Decked out in magenta-pink lipstick, long sheitels and coordinated outfits, the two young women call themselves “double trouble”. Their modus operandi is certainly unorthodox, but they see it as a new type of feminism. “Women had to fight so hard to have rights, and they had to go to the other extreme, no makeup, dress down, try to be like men. And now that we have persevered,” said Shulevitz. “It’s time to bring back the femininity and to bring back the pink.”

“I have a Hasidic guy that came to my office…and then he goes, ‘Your knees are not covered…I can’t speak to you!’ I said: Excuse me, you’re charged for going to a prostitute, my knees aren’t covered is the least of the situation.”