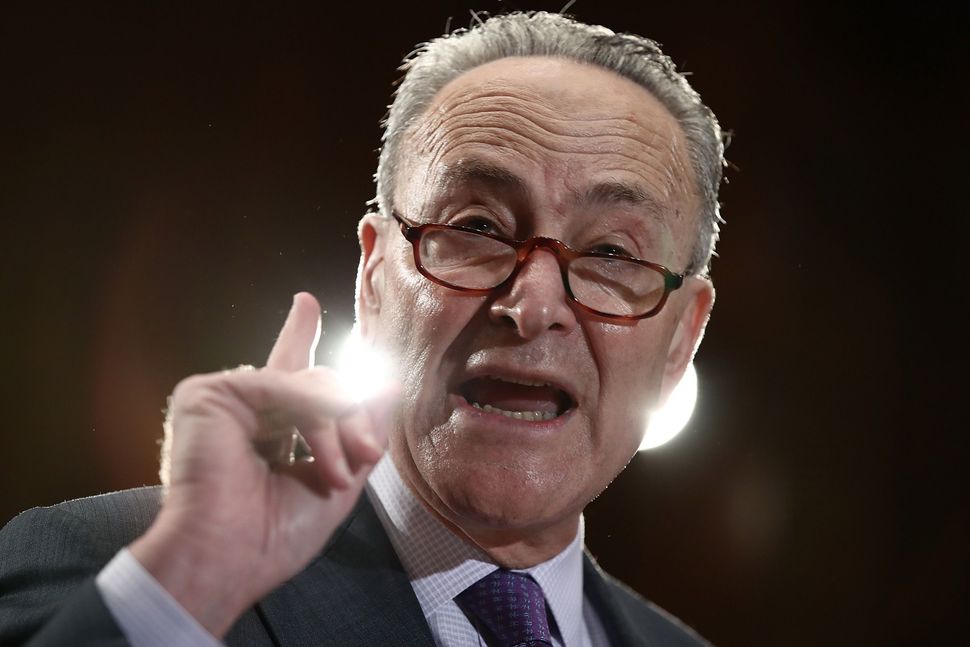 President Trump and Senate Democratic leader Chuck Schumer have an on-again, off-again relationship, and now it is off-again — after Schumer criticized Trump’s new policy toward Iran.

Schumer, who in 2015 opposed the nuclear deal reached by the Obama administration, has since changed his mind and he now opposes Trump’s efforts to make changes in the deal and perhaps withdraw from it altogether.

“I had a great deal of misgivings about the Iran nuclear deal. I voted against it but now we ought to see, give it time to work,” Schumer said over the weekend.

And Trump was quick to call him out on it, tweeting Monday morning: “Dem Senator Schumer hated the Iran deal made by President Obama, but now that I am involved, he is OK with it. Tell that to Israel, Chuck!”

Schumer, who is Jewish, is considered a strong pro-Israel voice in the Senate and an ally of the pro-Israel lobby AIPAC.