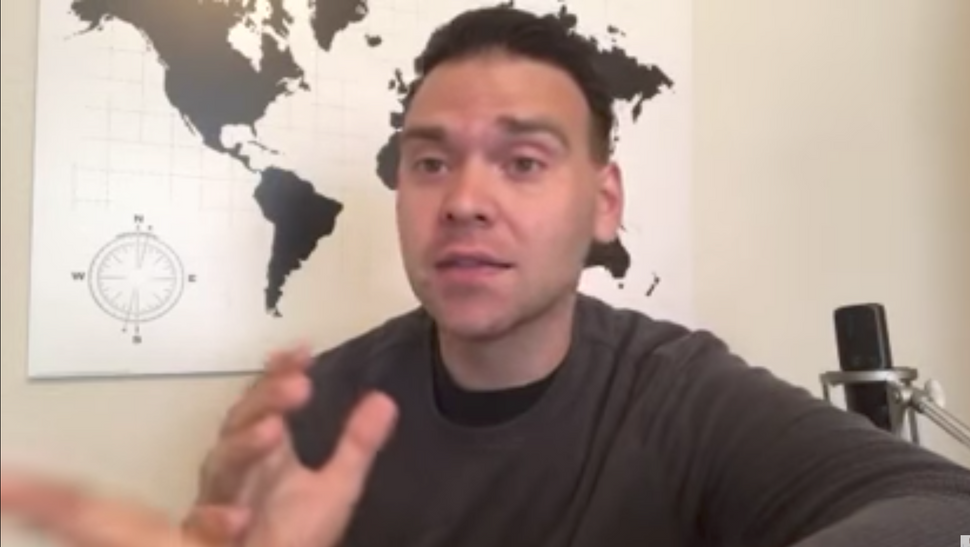 Jack Posobiec, the pro-Trump Internet activist best known for his role in promoting the “Pizzagate” hoax and a conspiracy theory involving the murder of Democratic aide, announced on Twitter this weekend that he and his wife had decided on their honeymoon destination — the Holy Land.

“We are taking our Honeymoon in Israel!” Posobiec wrote on Twitter. 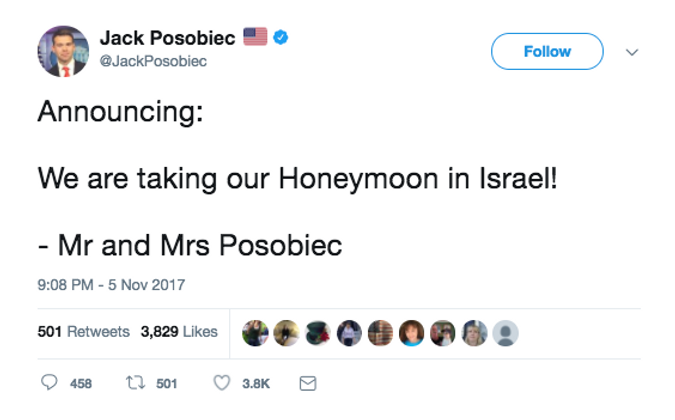 Posobiec was married on November 5, in a wedding attended by other right-wing Internet figures like Mike Cernovich.

Though he may move in “alt-right” circles, Posobiec has sparred with more hardcore right wing and white nationalist figures like Richard Spencer. Posobiec was previously the Washington correspondent for right-wing Canadian site Rebel Media. While anti-Semitism is not the reason for their dispute, factions within the “alt-right” have sparred over the movement’s relationship with Jews and Israel. The more hardcore white nationalist elements, like Spencer, view Jews as an existential threat to the white nation. Posobiec, on the other hand, is friends with Jewish far-right activist Laura Loomer and has tweeted in support of Israel.