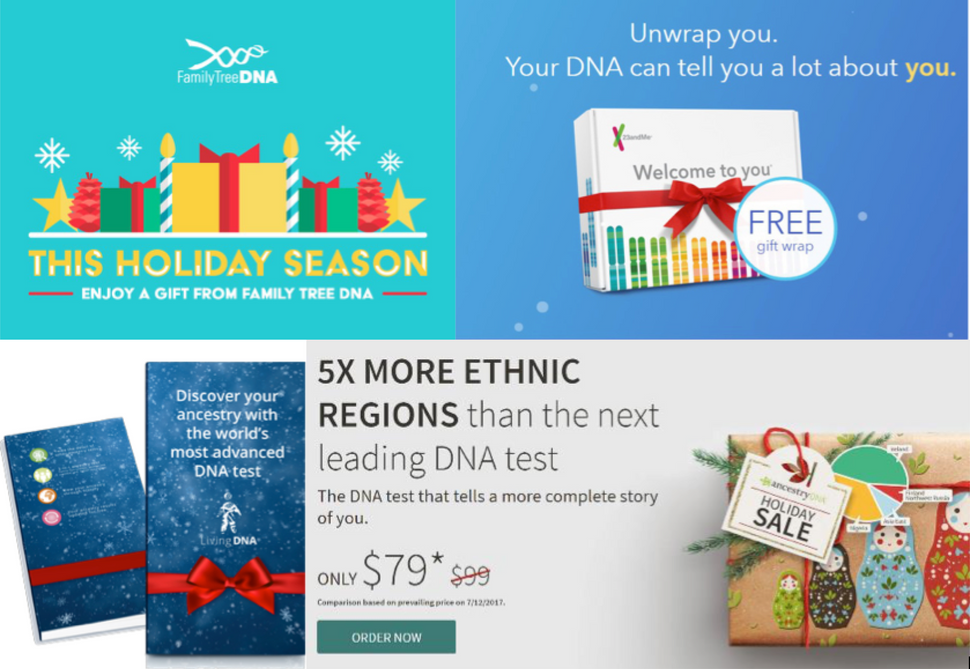 Ads for home DNA tests from the holiday buying season. Image by Facebook/Ads

Senator Chuck Schumer called for more scrutiny from the Federal Trade Commission on home DNA tests on Sunday, NBC News reported. He took aim at the kinds of tests sold by 23andMe and Ancestry.com.

Schumer said that consumers who are buying the gifts at slashed prices for the holiday season may end up giving their DNA to companies that will in turn sell it to third-party users.

“Now, this is sensitive information, and what those companies can do with all that data, our sensitive and deepest information, your genetics, is not clear and in some cases not fair and not right,” Schumer said.

Schumer called on the Federal Trade Commission to “take a serious look at this relatively new kind of service and ensure that these companies can have clear, fair privacy policies.”

In a statement, a representative for 23andMe said the company doesn’t sell individual data. But 23andMe does sell “anonymized” rolls of client data to pharmaceutical companies for research purposes, and research has shown that “anonymized” genetic data can be easily be traced to its real owner.

23andMe can also give your data to police if they have a warrant for it.