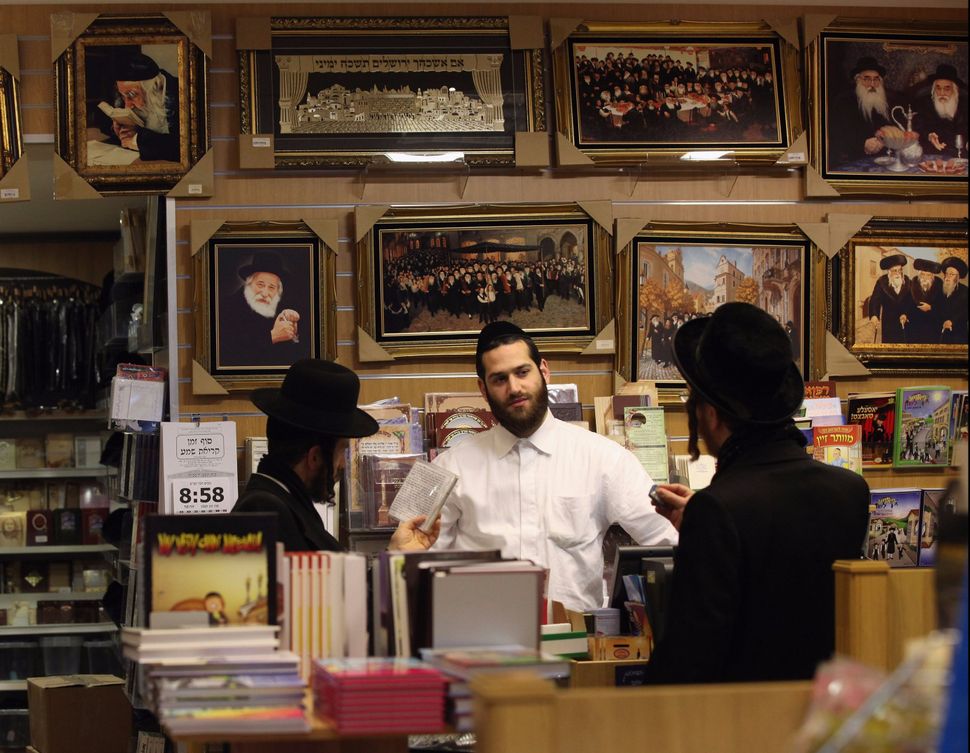 A Judaica shop in the Stamford Hill section of north London. Image by Getty

A Hasidic-owned Judaica shop in London received a one-line phone call Thursday evening. A man said, “Hitler had the best ovens,” and immediately hung up.

The staff member who answered the call said he was “disgusted, shocked and frightened by this unexpected call, especially when my grandparents and most members of my family perished in the war.”

The shop’s owner contacted the Shomrim, a private security force in the shop’s north London neighborhood of Stamford Hill. He also closed the store about four hours early.

Stamford Hill, a largely ultra-Orthodox neighborhood, has been plagued by anti-Semitic attacks and gestures over the past year.

In early November, an elderly woman was left with a concussion after a man attacked her. In May, a man threatened several people with a meat cleaver.