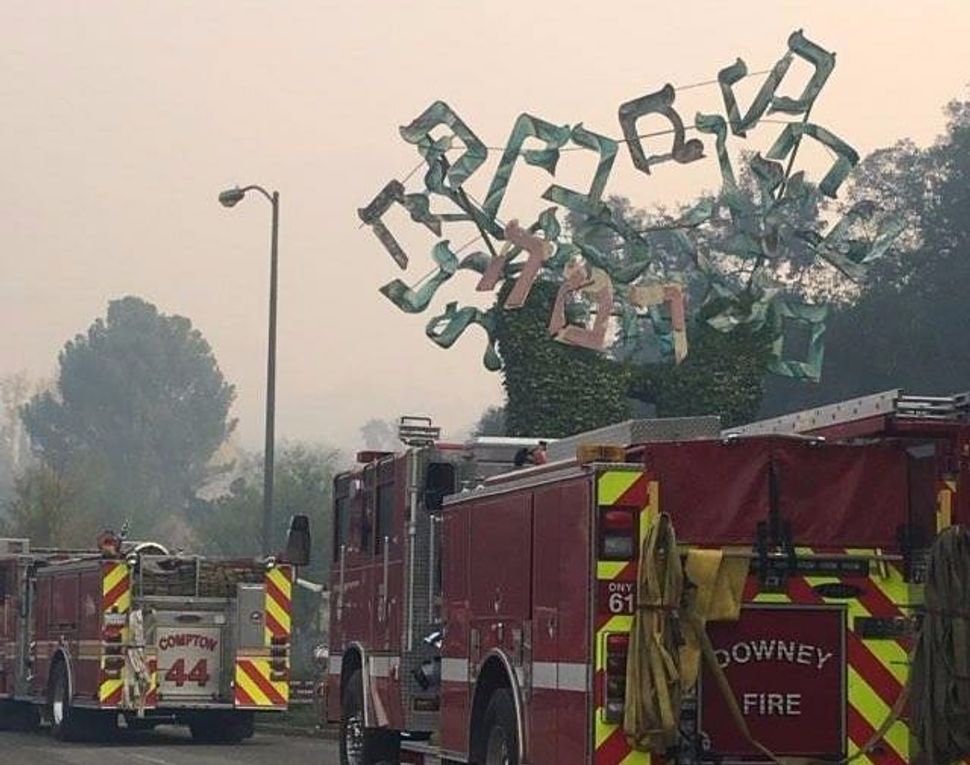 A Jewish summer camp in California breathed a sigh of relief over the weekend as the camp’s director reported that its buildings were untouched by wildfires.

Rabbi Joe Menashe, executive director of Camp Ramah in California, wrote on Facebook on Friday that though the wildfires raging near the camp had burned acres of land on the camp’s property, the main campus was safe.

“What we found was camp, smoke-filled and hazy, but perfectly intact with no structural destruction or damage to our buildings,” Menashe wrote. “The heroic actions of teams of firefighters on the ground and in the air, along with the providence of a shift in the wind spared Ramah.”

Camp Ramah is in Ojai, which remains practically surrounded by wildfires. The established fire perimeter is just across the road from the camp.

On Friday morning members of the camp’s executive staff went to the camp to bring breakfast for the local firefighters.