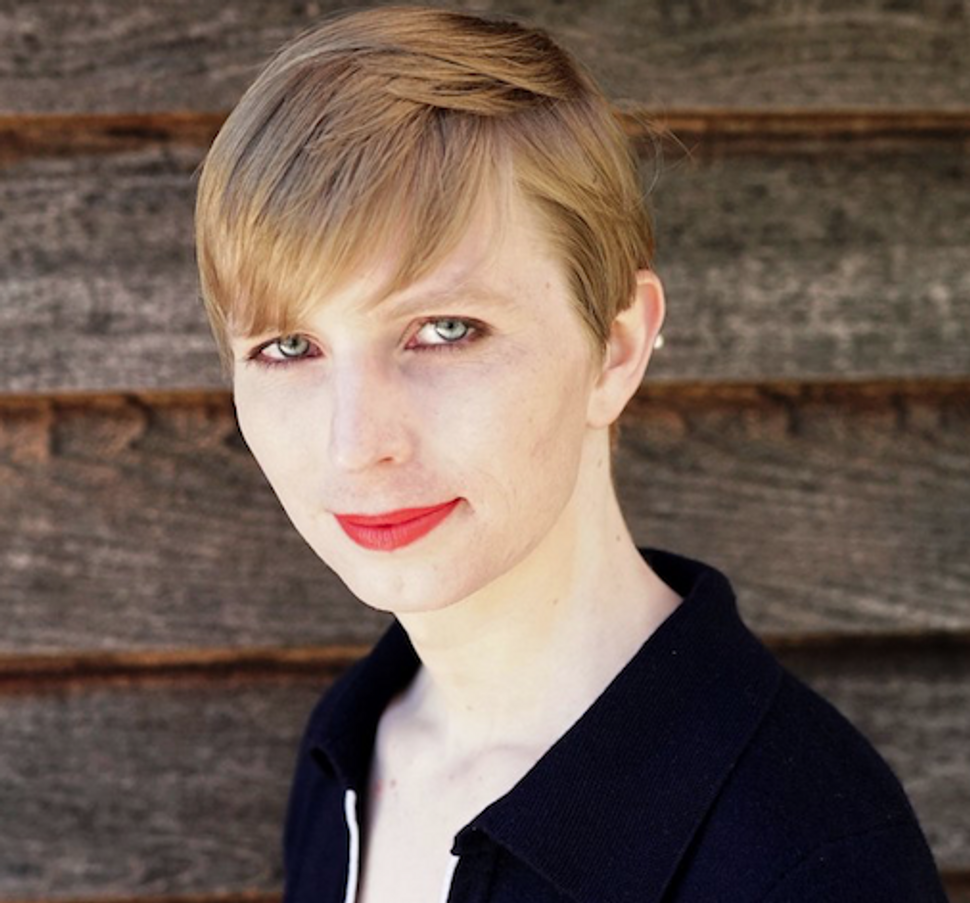 Chelsea Manning, the WikiLeaks leaker who served seven years of confinement and is now running for U.S. Senate, attended a party on Saturday night held by prominent far-right activists celebrating the anniversary of President Trump’s inauguration.

BuzzFeed News reported that Manning was hobnobbing at a New York nightclub with Cassandra Fairbanks, who writes for the conspiracist website The Gateway Pundit.

Hundreds of other figures of the far-right were at the party, including many whom the the Anti-Defamation League placed on a “hate speech” watchlist, such as conspiracy theorists Mike Cernovich, Gateway Pundit reporter Lucian Wintrich, and Vice co-founder Gavin McInnes, who once made a video titled “10 Things I Hate About Jews.”

Manning claimed on Twitter that she had “crashed the fascist/white supremacist hate brigade party.” But BuzzFeed reported that Manning was seen “smiling and socializing with attendees.”

“While she was not there protesting, she was there in a effort to bridge gaps between left and right,” a source told the website.

Huffington Post reporter Yashar Ali uncovered a photo on Sunday from last year of Manning participating in an “Escape the Room” in Washington, D.C. with Fairbanks and Wintrich, among other far-right figures who were present at the pro-Trump party.

Manning is running in a Democratic primary in Maryland to unseat incumbent senator Ben Cardin, who is Jewish.