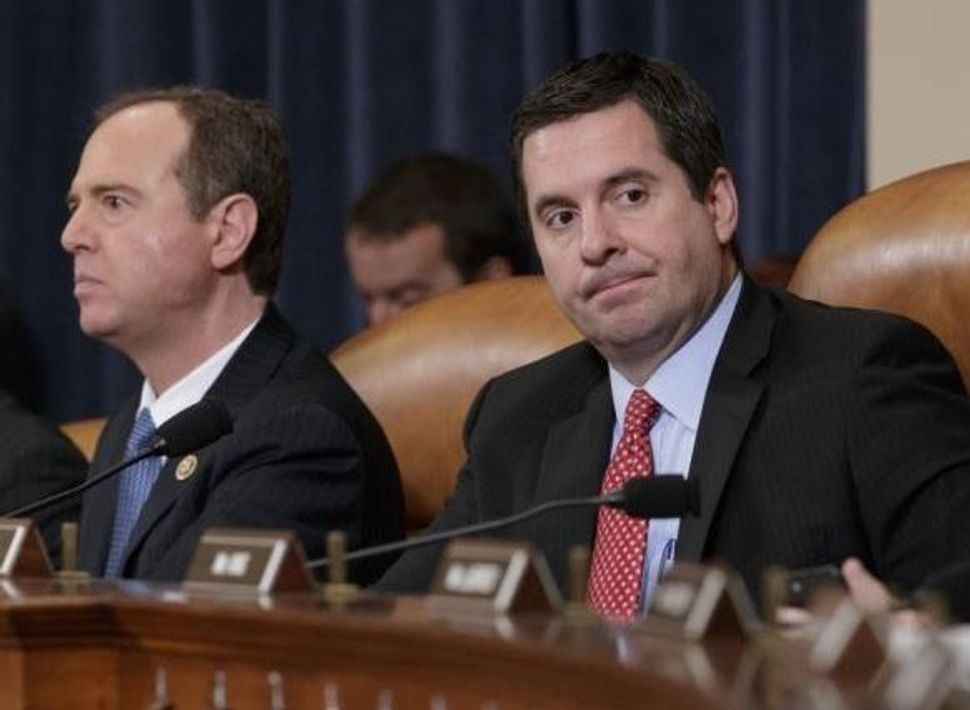 Adam Schiff accused Devin Nunes of secretly altering a classified ‘memo’ that accuses the FBI and the Department of Justice of abusing their power in their investigations into Donald Trump’s Russia ties, the New York Post reported.

Schiff, the ranking Democrat in the House Intelligence Committee, said Nunes, the committee’s chair, sent Trump a version of the memo that had not been reviewed by the entire committee. On Monday, the committee voted on party lines to send the memo to Trump, who was caught on tape saying he’d “100% release it.”

“After reviewing both versions, it is clear that the Majority made material changes to the version it sent to the White House,” Schiff said.


Schiff and other committee Democrats also said that Nunes had promised to release the memo exactly as reviewed. In transcripts from House records, Nunes appears to dodge questions about whether the memo will be released in its entirety.

In a formal meeting, I asked Chairman Nunes not once, but twice, if his memo would be released precisely as we reviewed it. He said yes. Then altered it. pic.twitter.com/vWa1oFz9qX

Ari Feldman is a staff writer at the Forward. He covers Jewish religious organizations, synagogue life, anti-Semitism and the Orthodox world. If you have any tips, you can email him at [email protected]d.com. Follow him on Twitter @aefeldman.